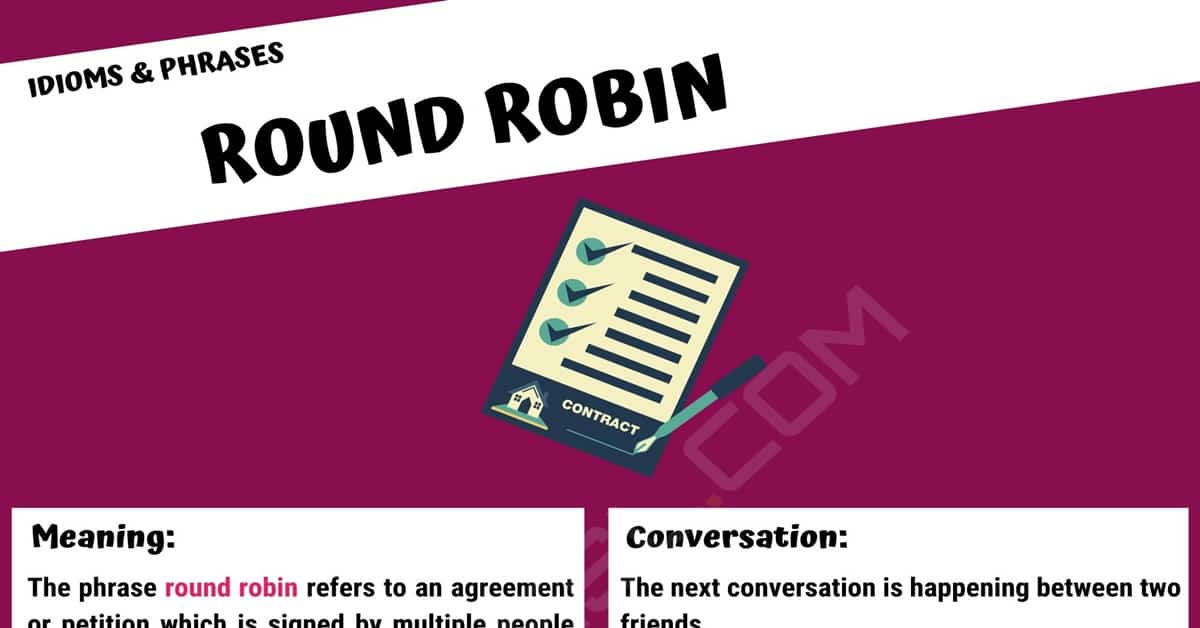 There may have been a time in which you have heard someone use the term round robin in a conversation, but what does this saying mean and where did it originally come from? We are going to look at the answers to these questions as well as looking at how the phrase can be used in a day to day conversation.

The idiomatic saying round robin refers to an agreement or petition which is signed by multiple people in order that the ring leader is not discovered.

The term round robin originates from a naval history when seamen would sign this type of document and gave it the name round robin. The term comes from the French rond rouban, which was a petition of a similar style where the names were written on a piece of ribbon.

There may be many different scenarios in which the term round robin might be heard, we are now going to look at some examples of this.

The first statement is from a history lesson.

The next statement is being made in the workplace.

The term round robin can be heard in various different conversational situations. Let’s take a look at some examples of conversations in which the phrase might be found.

The first conversation is taking place between two employees.

Other Ways to Say “Round Robin”

There are other ways in which you could say the phrase round robin, here are some examples of this.

What Is Round Robin | Image 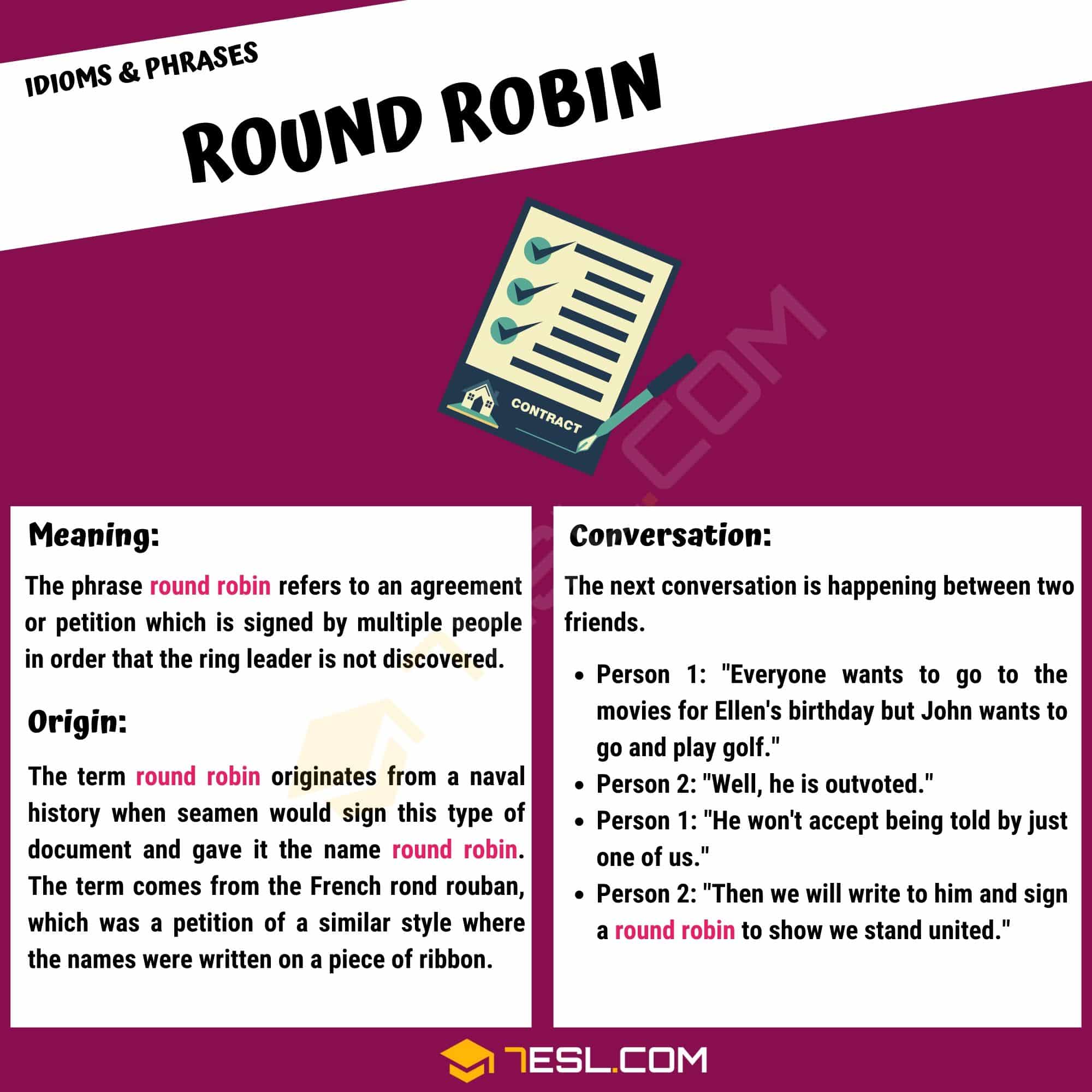