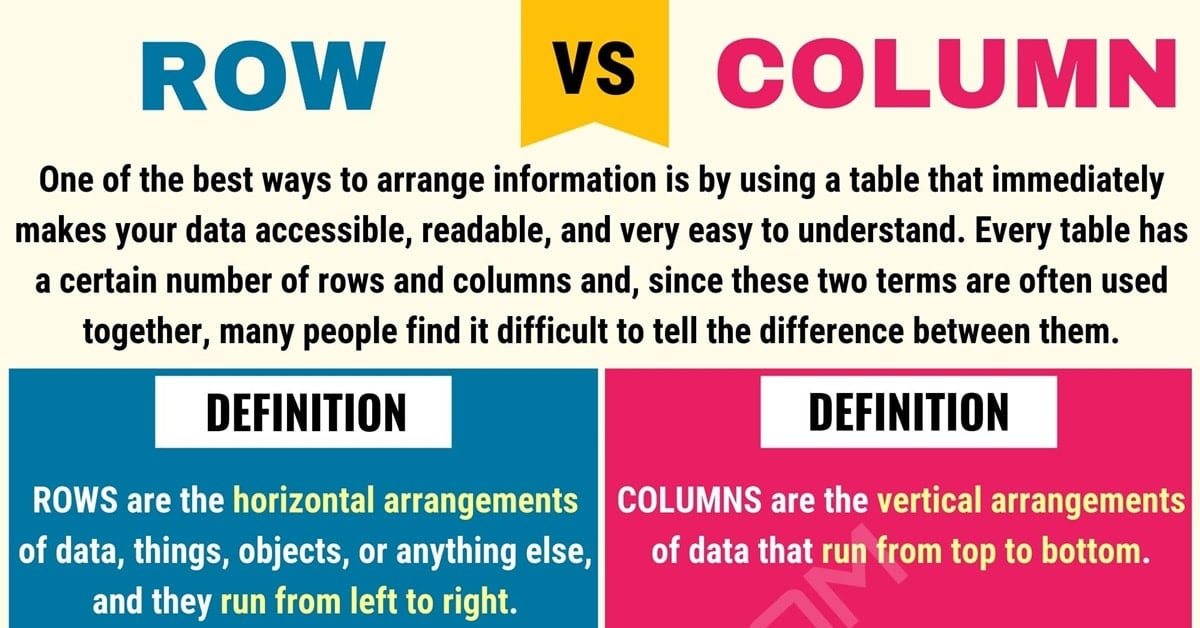 Row vs. column! One of the best ways to arrange information is by using a table that immediately makes your data accessible, readable, and very easy to understand. Every table has a certain number of rows and columns and, since these two terms are often used together, many people find it difficult to tell the difference between them. Of course, one is horizontal, the other is vertical, but which is which, exactly?

Rows and columns are most commonly used when referring to tables on a spreadsheet, such as Microsoft Excel. However, rows can also be found in a theater or a cinema, where this word also means chairs that are arranged in a horizontal line in front of the stage or the screen. When you see “row 3” written on your ticket, you immediately know that your seat is located in the third “horizontal line of seats” if you count from the stage.

As for columns, in daily life, you can find them in a newspaper. There, articles are written close to each other, from the top of the page to the bottom, thus divided into columns. Supporting pillars that you can find in the Parthenon in Athens, are also vertical, so it doesn’t come as a surprise that they’re called columns as well.

One more key difference has to do with rows and columns used in the database. There, rows usually contain information, such as gender, name, or age. At the same time, the information about something or someone mentioned in the rows can be found in columns.

Difference between Column vs. Row | Picture 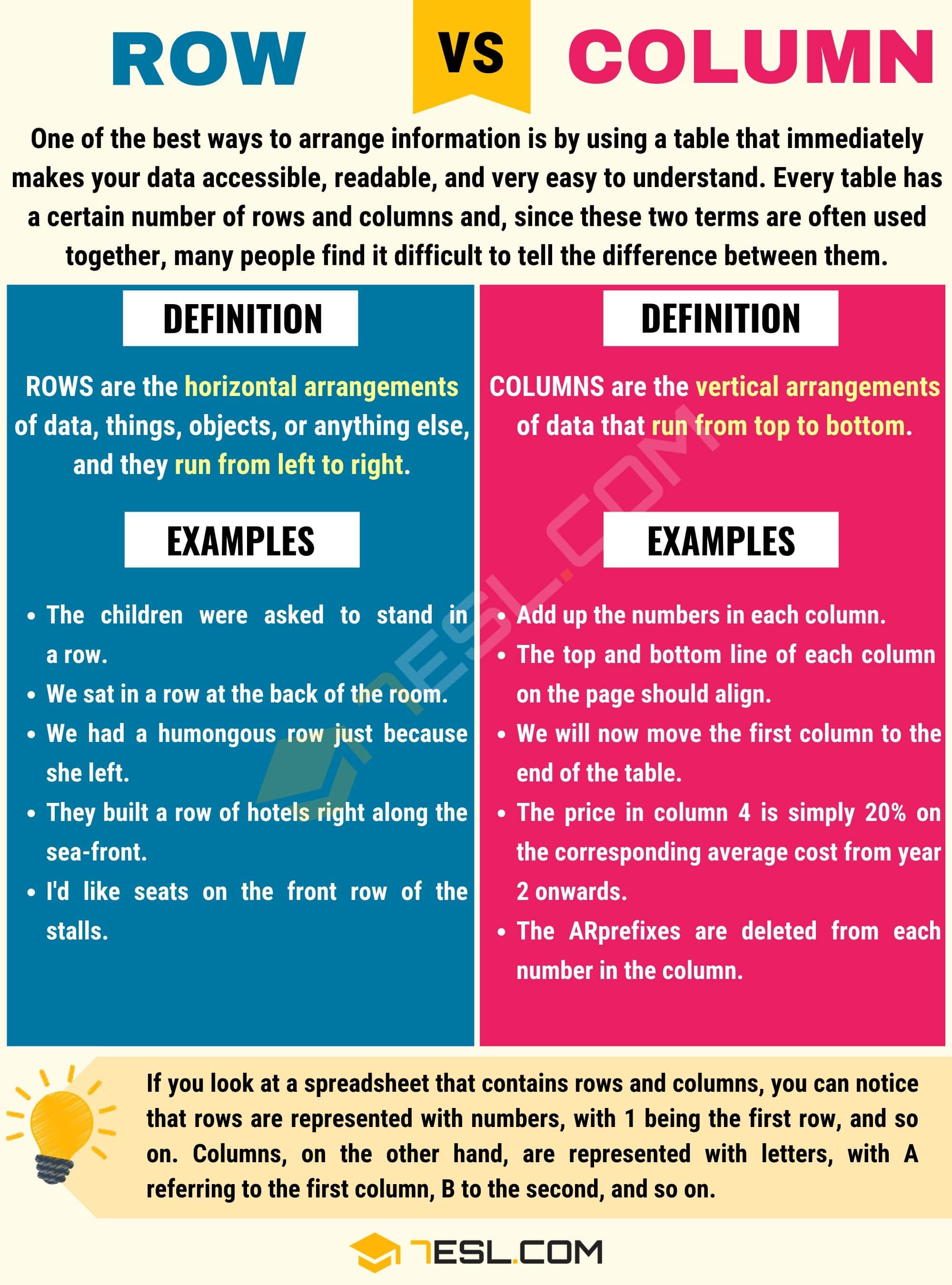