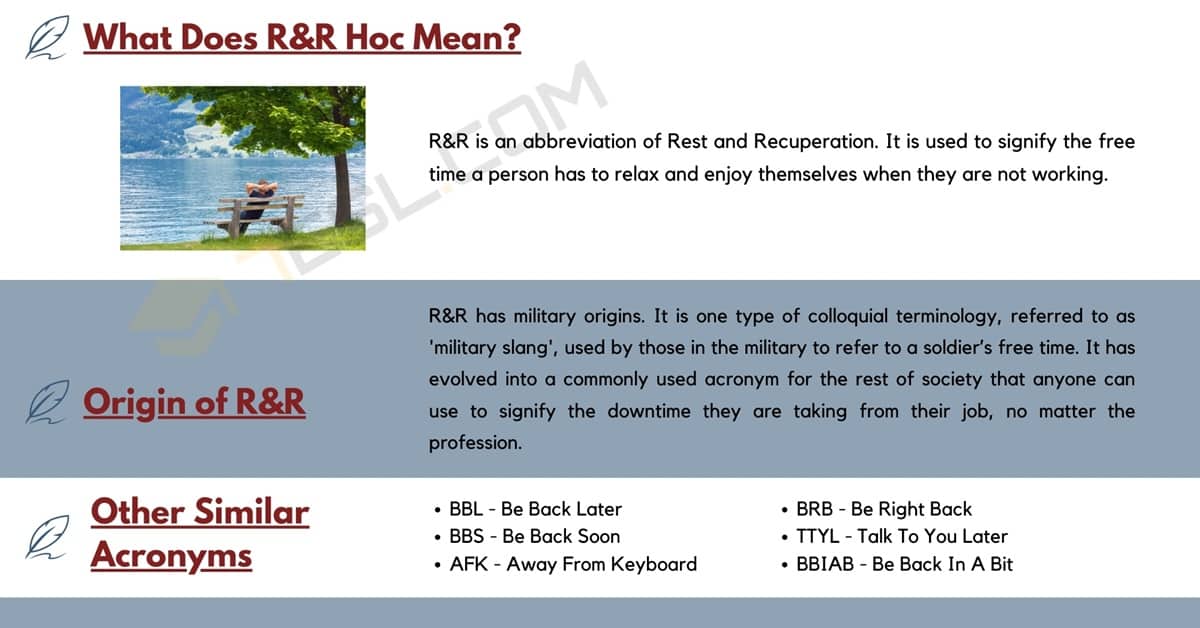 Sometimes, when phrases are too long to casually use in informal conversations, they are condensed into acronyms instead. ‘R&R’ is an example of one such acronym.

What Does it Mean?

R&R is an abbreviation of Rest and Recuperation. It is used to signify the free time a person has to relax and enjoy themselves when they are not working.

Origin of the Phrase

R&R has military origins. It is one type of colloquial terminology, referred to as ‘military slang‘, used by those in the military to refer to a soldier’s free time. It has evolved into a commonly used acronym for the rest of society that anyone can use to signify the downtime they are taking from their job, no matter the profession.

Though R&R is the most popular acronym used to refer to a person’s downtime, there are other acronyms that imply the same thing.

Below is a list of other common, casual acronyms that can signify rest and recuperation:

Though Rest and Recuperation is the most common meaning of R&R, another common variation is Rest and Relaxation because recuperation and relaxation are synonyms. Other similar meanings are Rest and Recreation, or Rest and Rehabilitation. The common denominator in every meaning of R&R is ‘Rest’, with the second word being either a synonym of ‘Recuperation’ or a word with a very similar meaning. No matter what phrase it is an abbreviation for, R&R almost always refers to personal time taken by a person to help them destress away from their typical everyday duties.

Some other, less common meanings include Read and Review and Revise and Resubmit, usually used in the workplace. These have an opposite meaning to Rest and Recuperation because they imply that the person will be taking on more work.

As it is an acronym, it is most common to use R&R in casual conversations. People typically mention that they are going to have some R&R to friends and family members because it signifies personal, recreative time away from the workplace and anything else stressful.

Below are a few examples of how to use R&R in conversation:

It is essential that we all get to rest and recuperate from our busy lives. Some of the most common forms of R&R are sleep, nutrition, alone time and time to catch up with friends and hobbies. Some people may choose to stay inside and do things like read or watch television to relax, whereas others may prefer to do some light exercise and go to places recreationally that they don’t usually have the time to visit. It depends on the person and what their interests are, or their stress levels. 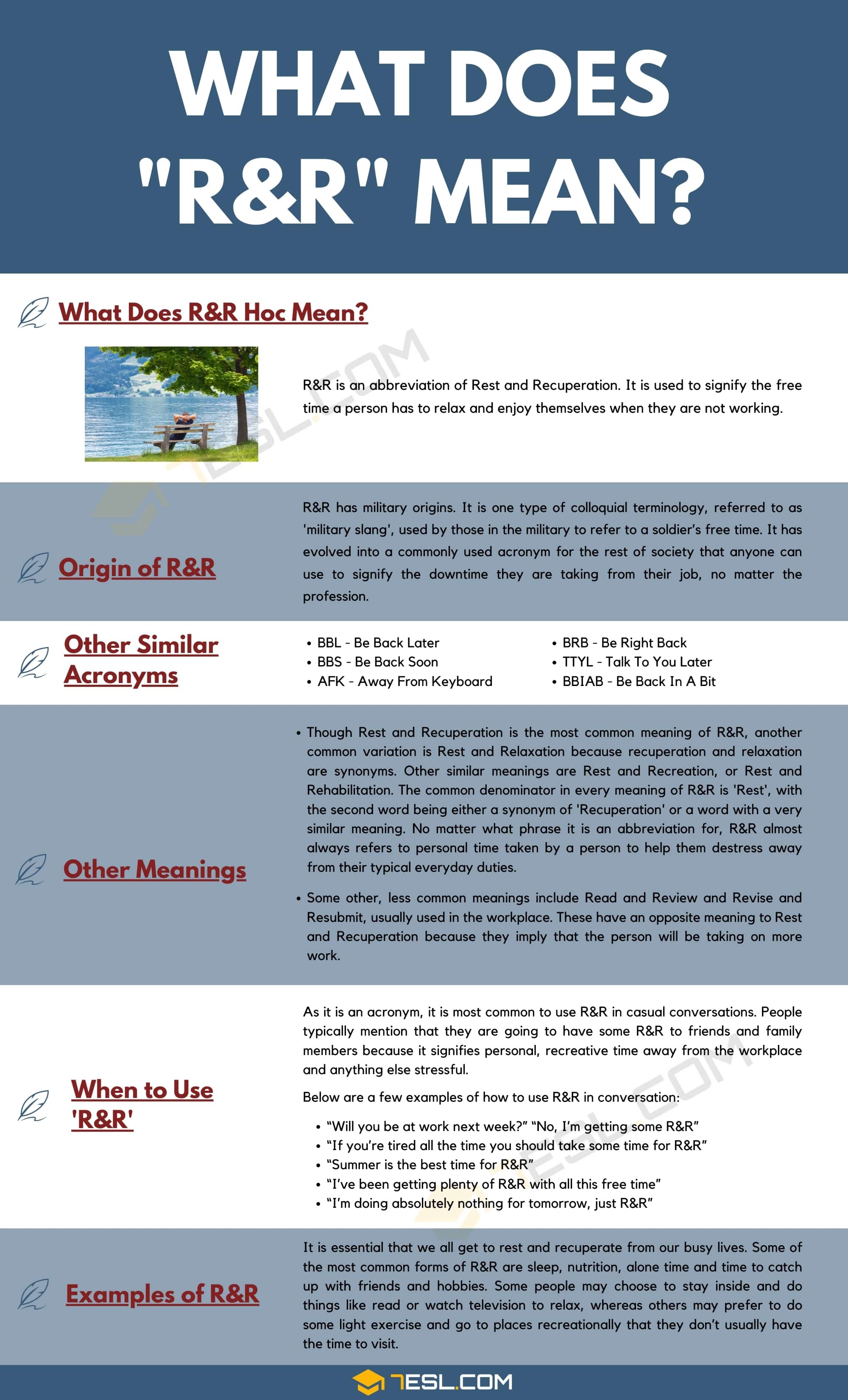