Home
Abbreviations
RSVP Meaning: What Does RSVP Mean and Stand for?

What is “RSVP”? What does this texting abbreviation stand for? Learn the definition, usage and other meanings for this internet acronym with interesting conversation examples and ESL infographic.

What Does RSVP Mean?

When receiving an invitation or letter that says ‘rsvp’ you are expected to respond as to whether or not you plan on attending the event the invitation and/or letter speaks of.

The proper way to decline an ‘rsvp’ is with a letter saying, ‘I regret to inform you I must decline.’ and/or ‘RSVP, regrets only.’ This is highly recommended for doing if you don’t plan on attending the event. Most commonly an unanswered ‘rsvp’ is considered to be a simple way of accepting. Sending your regrets is the only true way to stop confusion if you don’t plan on attending.

Here are some ways this internet slang word is used.

You receive a beautiful wedding invitation in the mail and after opening it you see that it says, ‘Please RSVP.’

Many will do this for weddings and large catered events to ensure they have plenty of food for everyone coming and if you don’t respond back with a yes, more than likely you won’t be welcomed at said event.

Here we have a couple of friends talking about a party and if they had told the host whether or not they were coming.

An ‘rsvp’ wasn’t sent to them, they are simply having a conversation asking each other if they had told the host they were coming or not and the fastest way to ask someone that question especially in a text would be, ‘did you rsvp?’.

A simple letter sent to all employees telling them to say yes or no to attending the office party by no later than 8 pm. 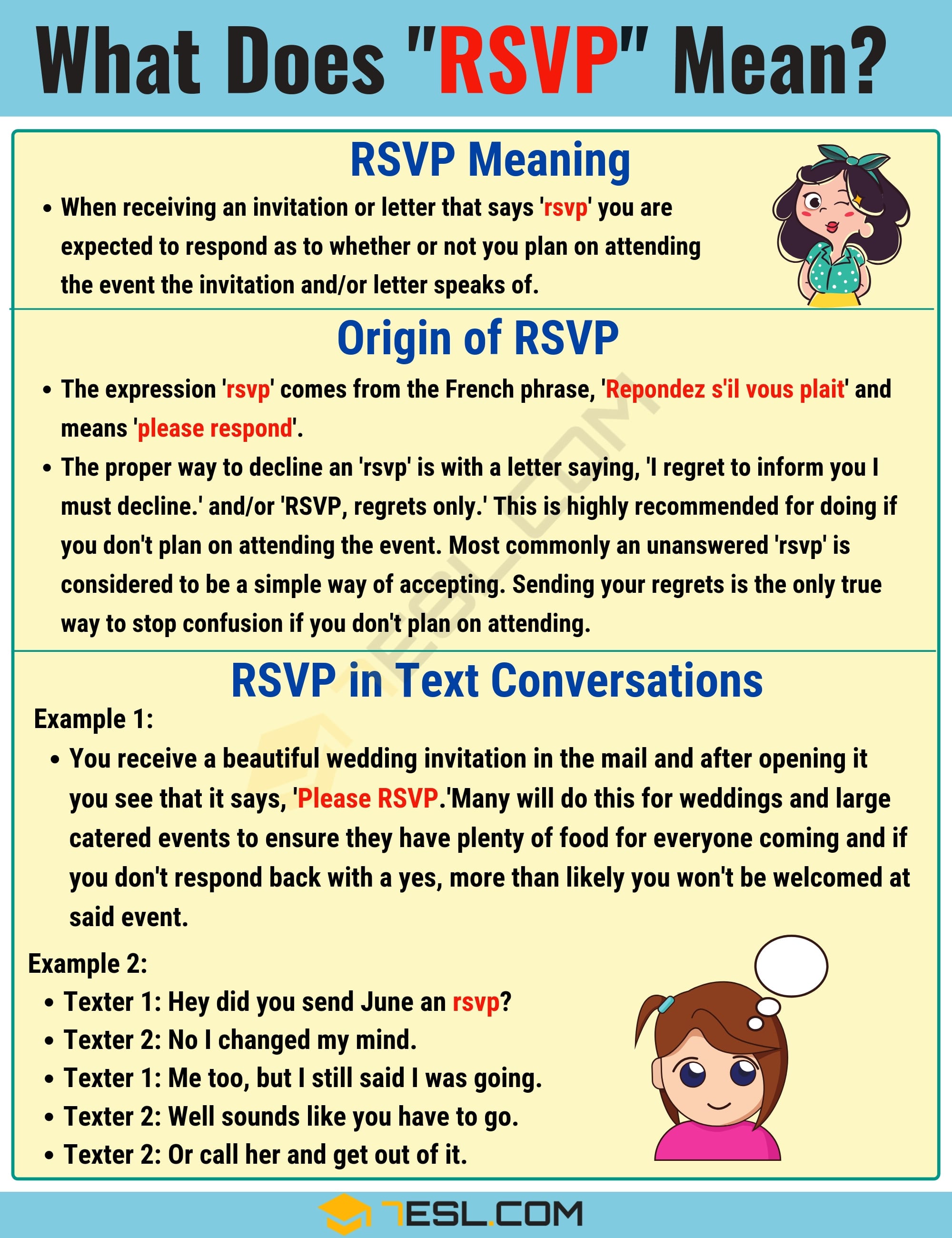 Thank’s for letting me know the meaning of RSVP…