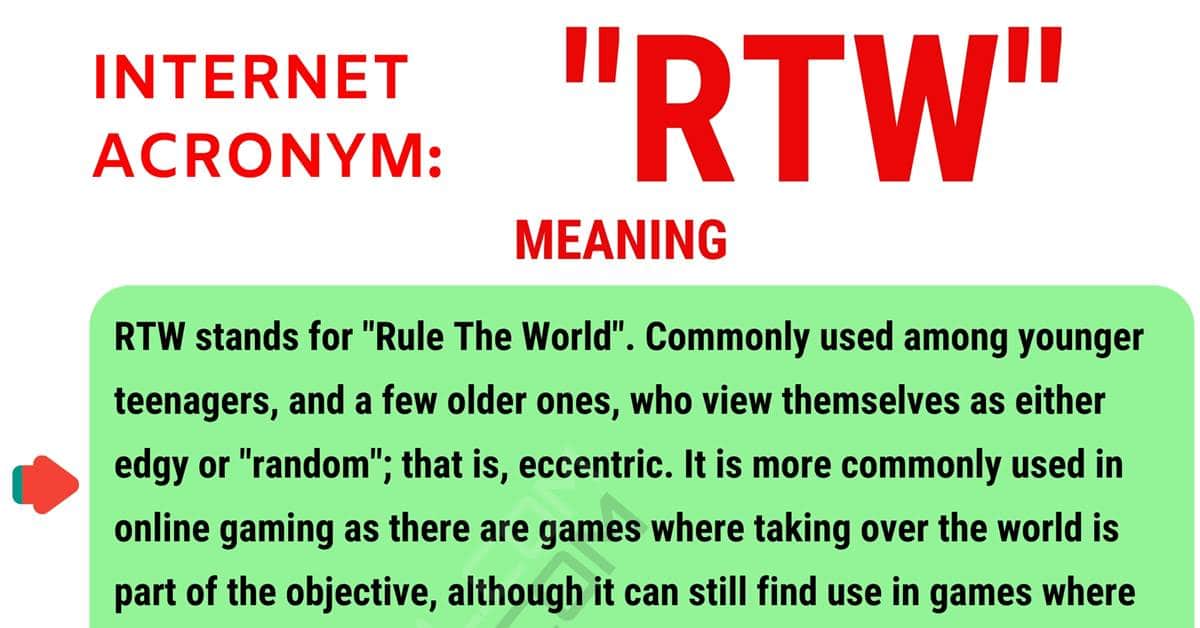 RTW Meaning! RTW is an acronym commonly seen in gaming. In this lesson, you will learn how to use this text abbreviation with useful examples and ESL infographic.

What Does RTW Mean?

RTW stands for “Rule The World”. Commonly used among younger teenagers, and a few older ones, who view themselves as either edgy or “random”; that is, eccentric. It is more commonly used in online gaming as there are games where taking over the world is part of the objective, although it can still find use in games where ruling over the world is not part of the objective or even possible.

The likely origin of RTW is the early-to-mid 2000s on internet forums and text messaging. Because actually ruling the world is a very difficult task, claiming to rule the world or claiming to want to rule the world became exclusively fodder for those that would declare themselves eccentric or “random”, as well as those who thought they were edgy. This is why the acronym has a reputation of being used extensively by both younger people and people that are attention seekers. The acronym is largely dated and doesn’t appear much on social media but still sees usage in gaming chat as taking over the world in some games is more obtainable.

RTW can also stand for “Round The World”. Normally used as slang for taking long trips or inferring someone is going on a luxury trip.

HHHHEEEEEYYYYY and RAWR )D I’m SnuggleMuffin, the master of EVIL and DOOM! LOL! I’m planning to RTW once I graduate high school. JKJKJKJK. Or maybe not :P. I love ponies, the color purple, and wolves. Wolves are so dark and mysterious don’t you think? I sometimes howl at the moon! LOL! JK. I’m random!

Like all acronyms, RTW can be spelled in either all lowercase or capital case letters. No other variants exist. 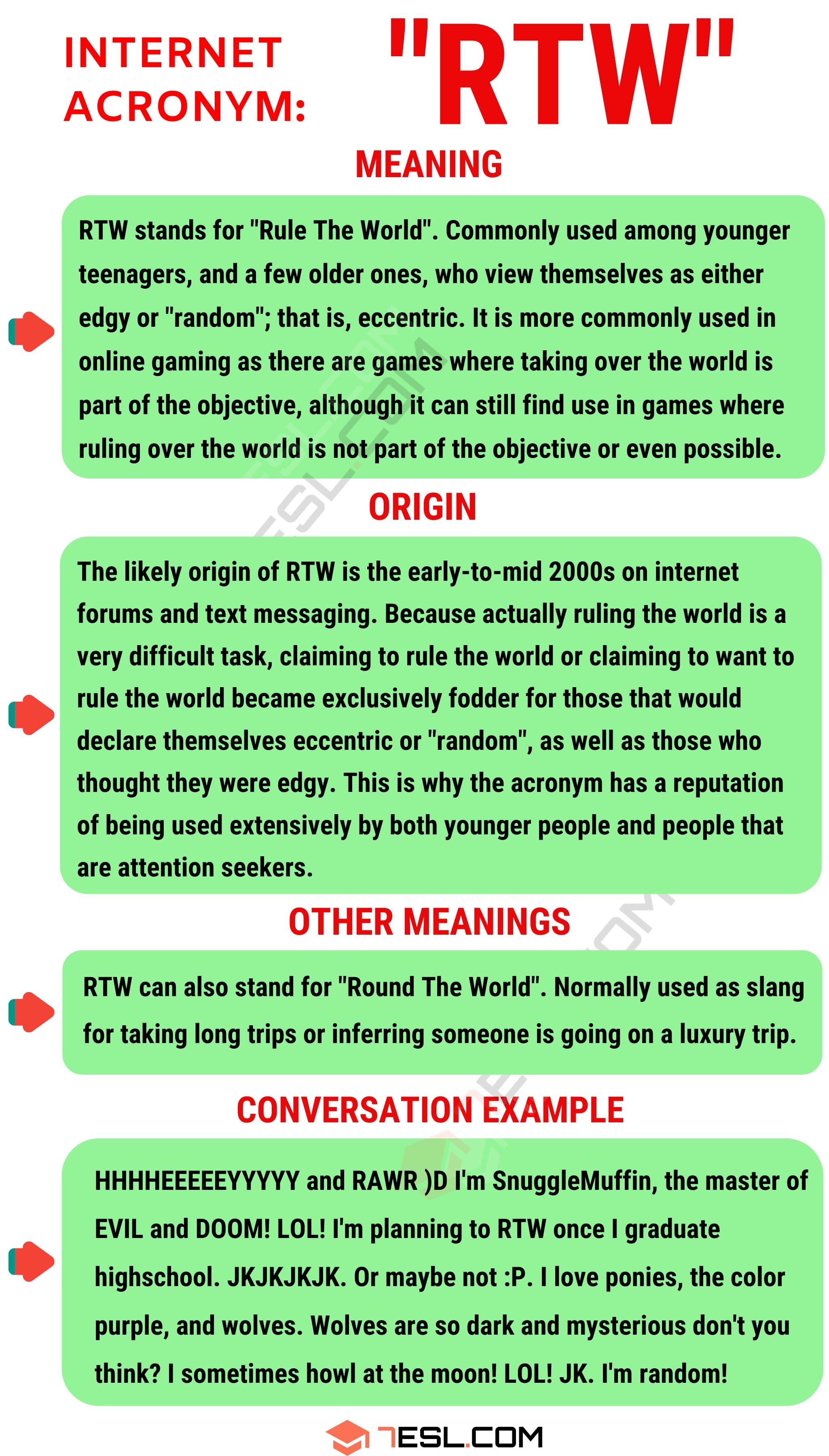