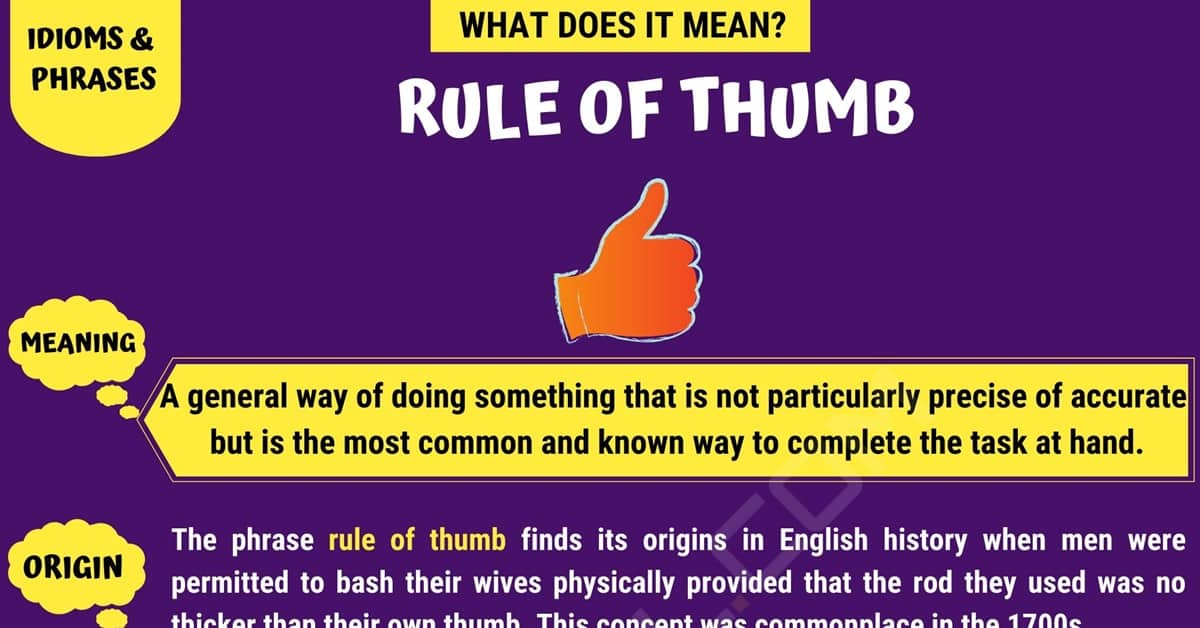 You may have heard someone using the term rule of thumb many times during a conversation, but what is the meaning of this phrase? We are going to take a look at the meaning of the term as well as finding out where it came from in the first place. We will also look at some examples of the phrase in use so that we can better understand how it fits into daily conversation.

The term rule of thumb refers to a general way of doing something that is not particularly precise of accurate but is the most common and known way to complete the task at hand.

The phrase rule of thumb finds its origins in English history when men were permitted to bash their wives physically provided that the rod they used was no thicker than their own thumb. This concept was commonplace in the 1700s.

Other Ways to Say “Rule of Thumb”

There are many other ways in which you might express the meaning of the idiomatic term rule of thumb, here are some examples of other things you might say which carry the same meaning.

The saying rule of thumb is a common one heard in English, we will now look at some examples of the phrase in use.

There may be many different types of conversation in which you might hear the term rule of thumb, we are now going to take a look at some examples of this.

The first conversation is taking place between a father and son.

The next conversation is taking place between a plumber and a client. 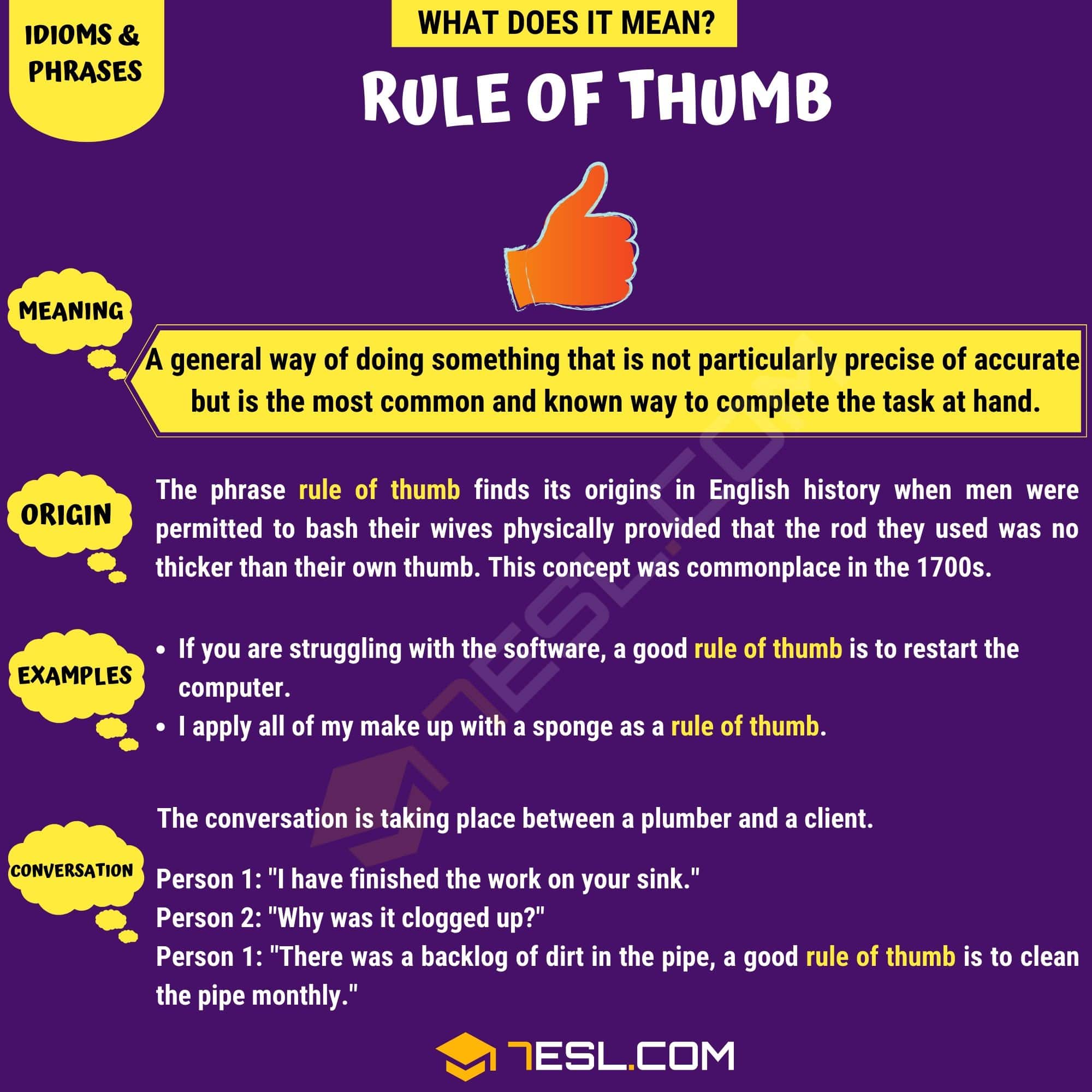