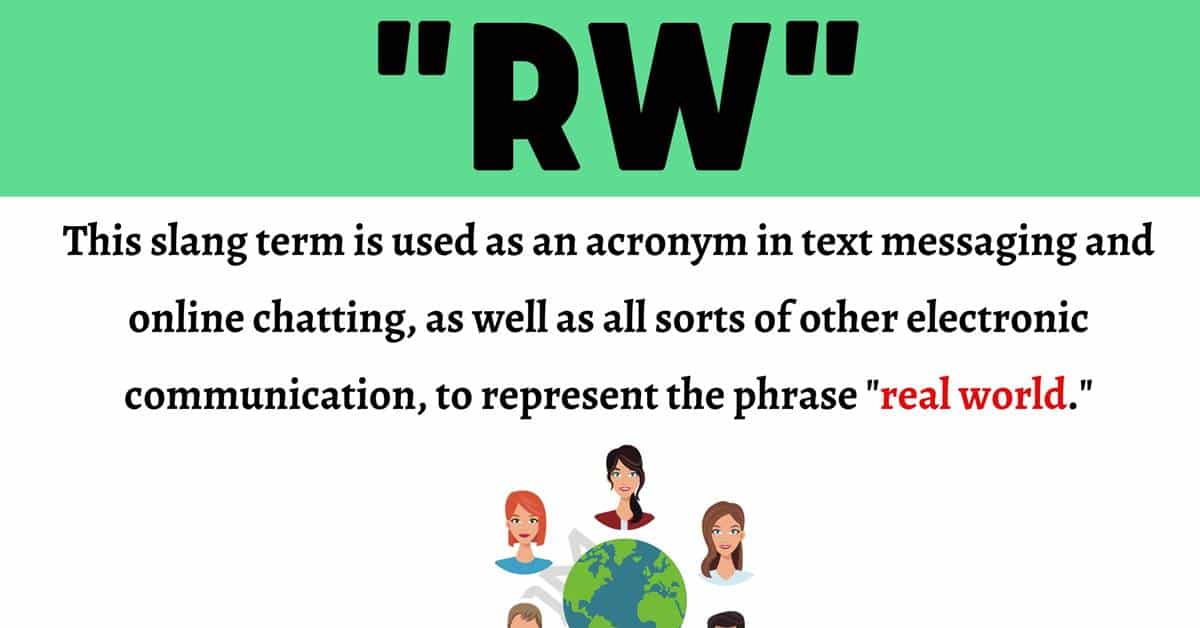 Acronyms have become a normal part of electronic communication and the use of the acronym “RW” is no different. If you have recently happened upon this slang term being used and were left wondering what it meant, then wonder no longer. Here you will find the definition of this term and the phrase that it represents, along with some information about its first usage if those details are available, and some other meanings the term can have. Example conversations are here on this page as well to assist you in grasping a better understanding of this term and see how it is used in context. Finally, you will discover some other words or phrases that can be used in place of this term and the phrase it represents without changing the meaning of the thought you are trying to convey.

What Does RW Mean?

This slang term is used as an acronym in text messaging and online chatting, as well as all sorts of other electronic communication, to represent the phrase “real world.” It is said when someone is referring to real-life, not something that is fantasy or something online.

Specific details regarding the origin of this term are unknown. However, it can be said with certainty that this acronym has been used to represent this phrase since at least 2015. It has most likely been used much longer than that though.

This slang terminology can also be used as an abbreviation for many simple words such as “rewind,” “runway,” “read-write,” and “ringworm.” Like most acronyms, it can also be used to represent different things other than the phrase already mentioned such as “Red Wings,” “Royal Wedding,” “Red Wedding,” “Rain Shower,” and “Radio Watch.” This is not meant to be an all-inclusive list and is just a few examples of the possibilities of what this acronym can be used to refer to other than the phrase it is seen to represent most commonly on the internet.

There are some other phrases that you could use in place of the phrase that this slang term represents without changing its original meaning. Some of the other things you could say include: 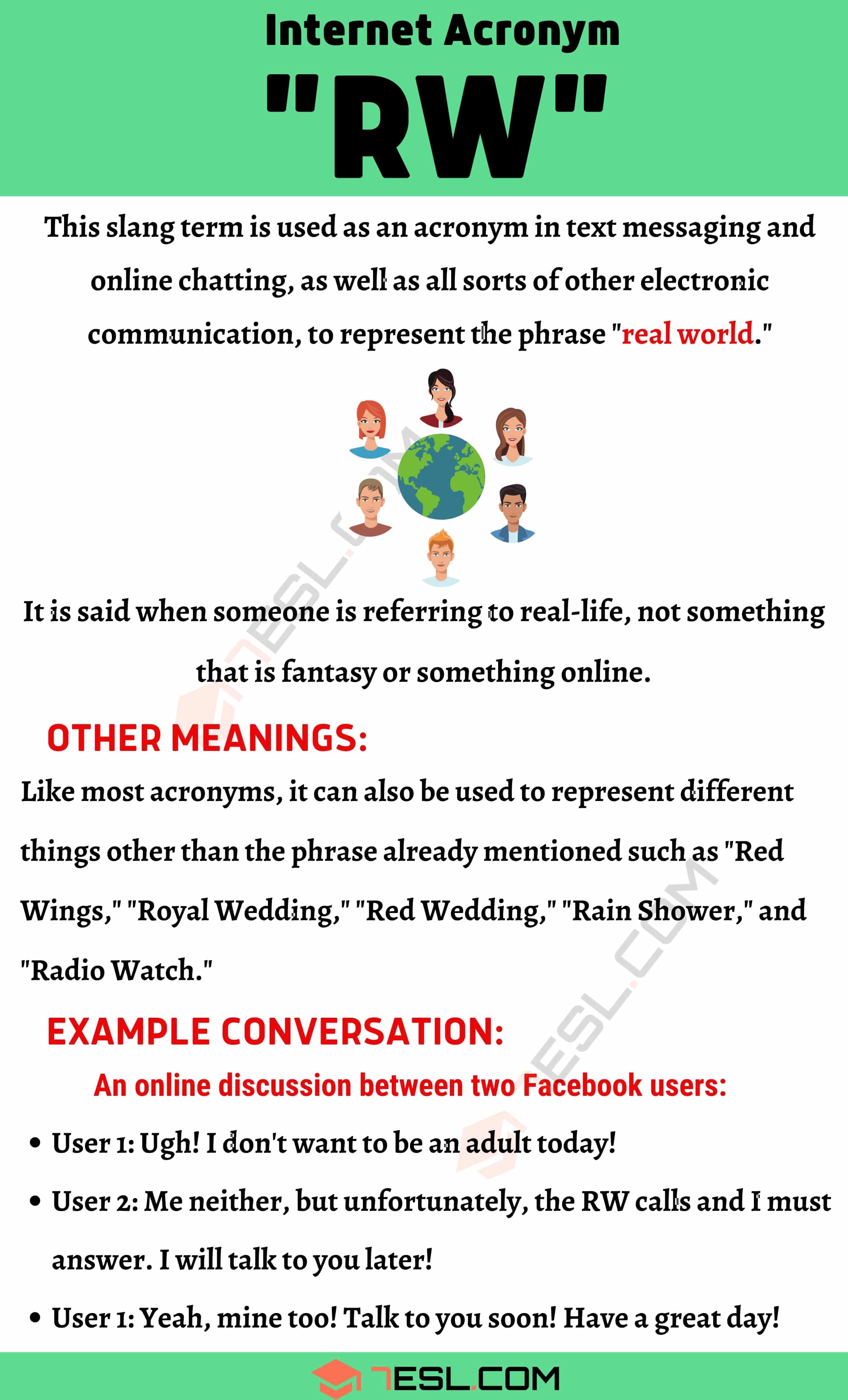