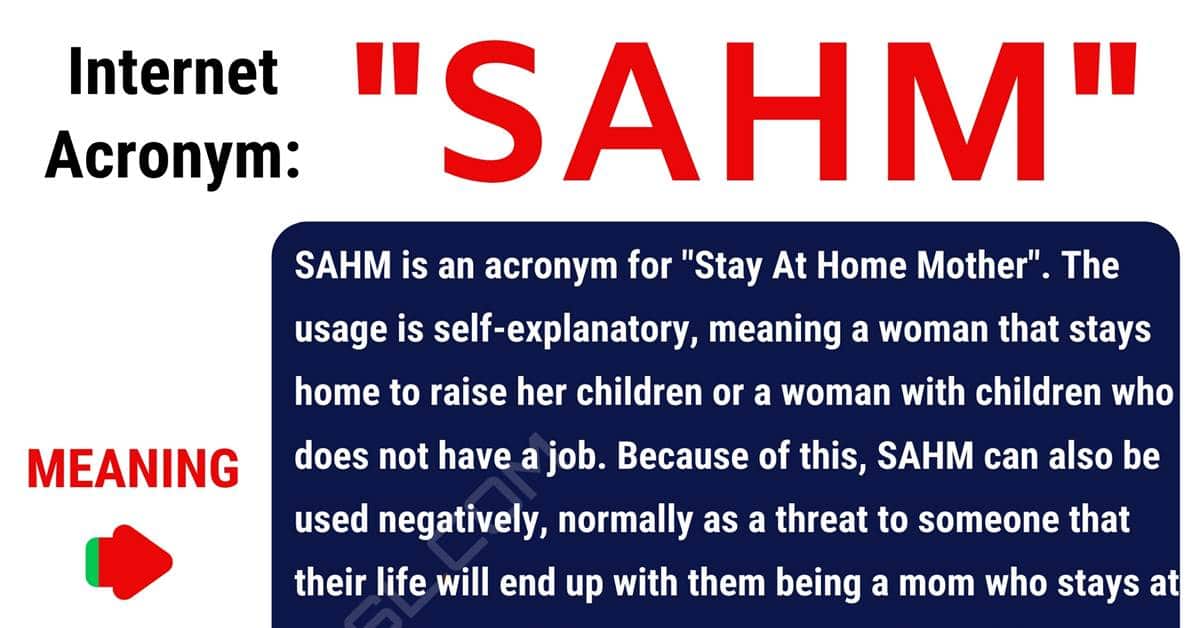 Do you know what “SAHM” stands for? “SAHM” is an acronym that has seen common use online. This lesson provides the definition, origin and useful example conversations to help you understand how to use the acronym correctly.

What Does SAHM Mean?

SAHM is an acronym for “Stay At Home Mother”. The usage is self-explanatory, meaning a woman that stays home to raise her children or a woman with children who does not have a job. Because of this, SAHM can also be used negatively, normally as a threat to someone that their life will end up with them being a mom who stays at home and doesn’t have a chance at a decent job or future. The negative usage is rather rare, and using SAHM is normally neutral or positive.

SAHM started to appear online during the early 2000s. It was one of the multitude of acronyms that began to appear around this period, and still see some usage today given it’s easier to type than saying “Stay At Home Mother”. During the late 2000s and 2010s, and the popularity of Twitter, SAHM did see a resurgence of popularity. It’s usage is normally confined to forums or websites for women, typically home and childcare blogs and forums, but it’s usage has leaked out into the general internet lexicon.

Another use of SAHM is “Shit Ass Ho Motherfu**er”, a very unflattering insult. This usage of the acronym isn’t as common as the “Stay At Home Mother”, however.

Hi! My name is Jennifer. I’m a SAHM (Stay At Home Mommy) and have three wonderful children; Brandon, Kyle, and Kathleen. My Hubby is a full-time Office Manager but taking care of three munchkins full time is just as much of a job.

While the acronym retains the same meaning even if spelled sahm or SAHM, the M can be used as either mother, mom, or mommy if the full pronunciation is used. 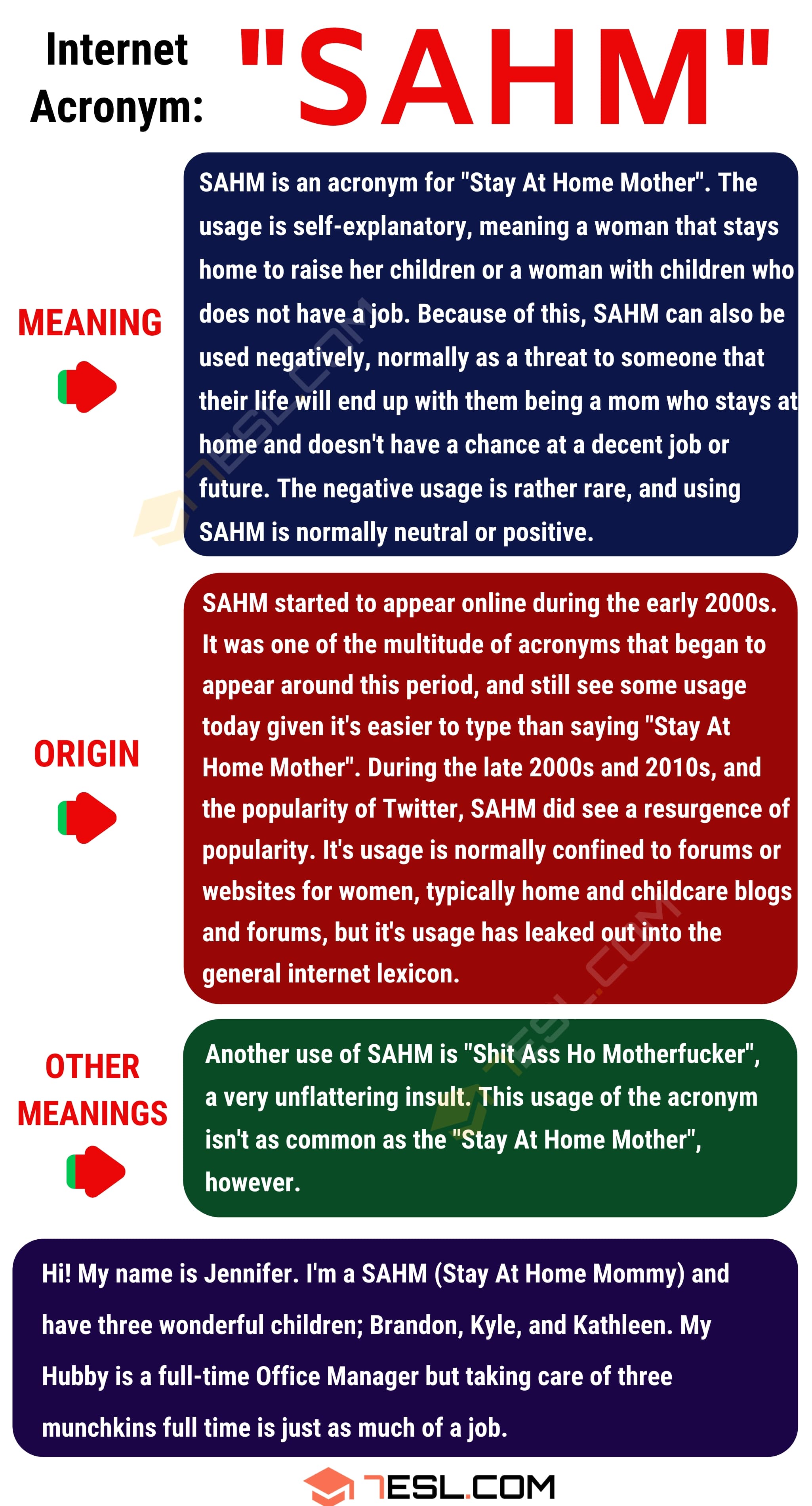