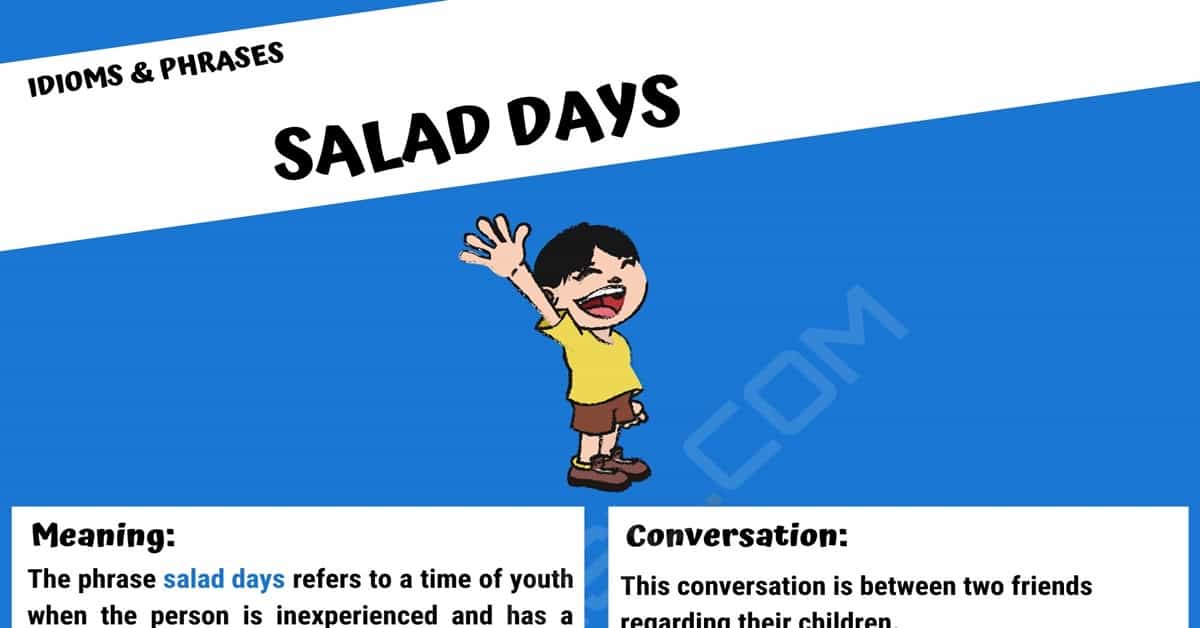 Have you ever heard someone use the idiomatic term salad days and been curious about what the term meant? We are going to look at the meaning of this term and find out where it originally came from. We will also take a look at some examples of the term being used in both conversations and sentences.

The phrase salad days refers to a time of youth when the person is inexperienced and has a blase attitude to life.

Origin of the useful idiom

The saying salad days finds its origins from the famous writer William Shakespeare who coined the term in his play Anthony and Cleopatra.

There might be many different times that the term salad days is heard in spoken or written English, here are some examples to show it’s used.

The first statement is from a newspaper article.

This next statement is from a mother about her son.

If you are curious to see how the term salad days would work in a conversation, here are some examples to demonstrate how it might sound.

The first conversation is between two friends regarding their children.

The next conversation is taking place between the two brothers.

Other Ways to Say “Salad Days”

There are other ways in which you might express the term salad days, here are some examples of other things you might say which mean the same thing. 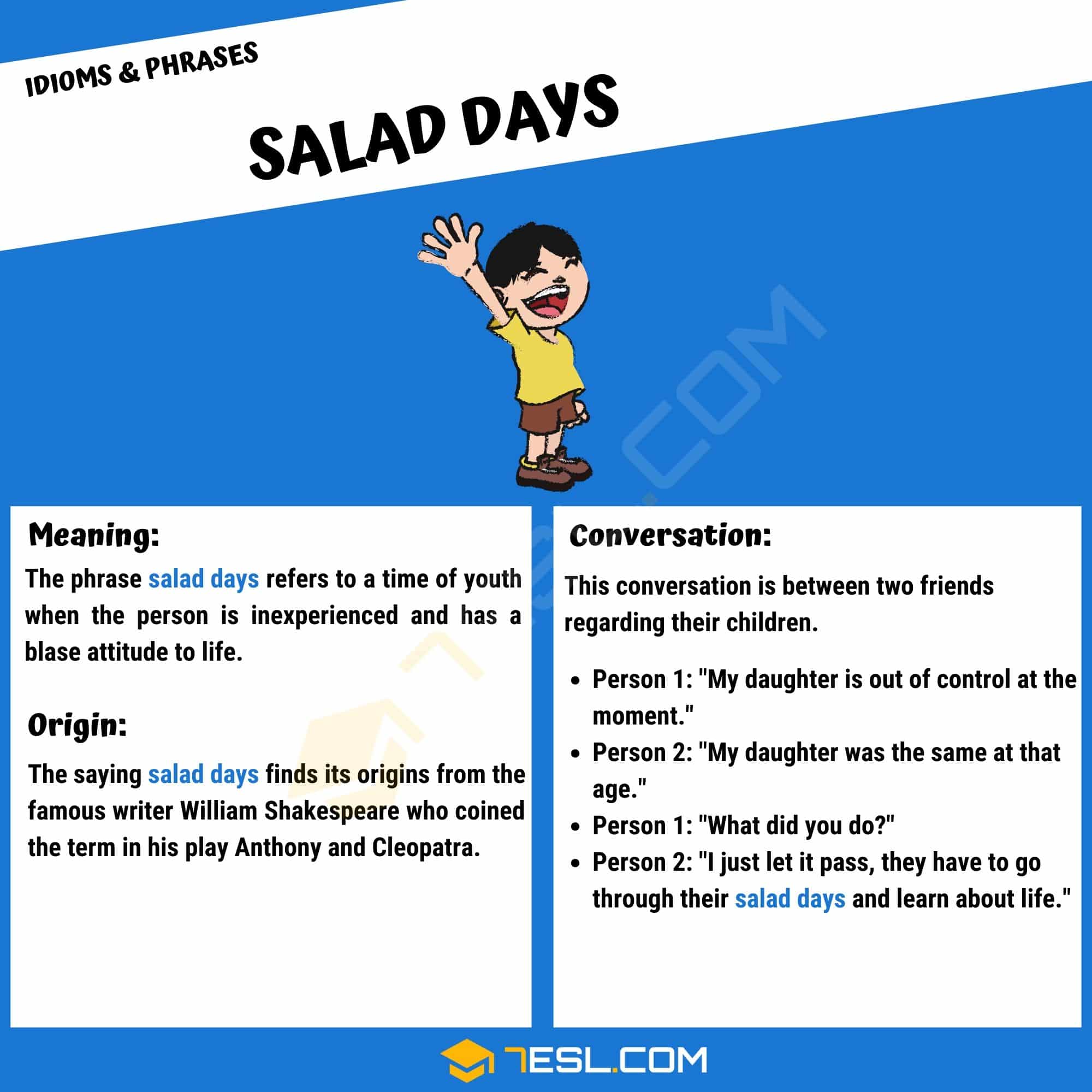