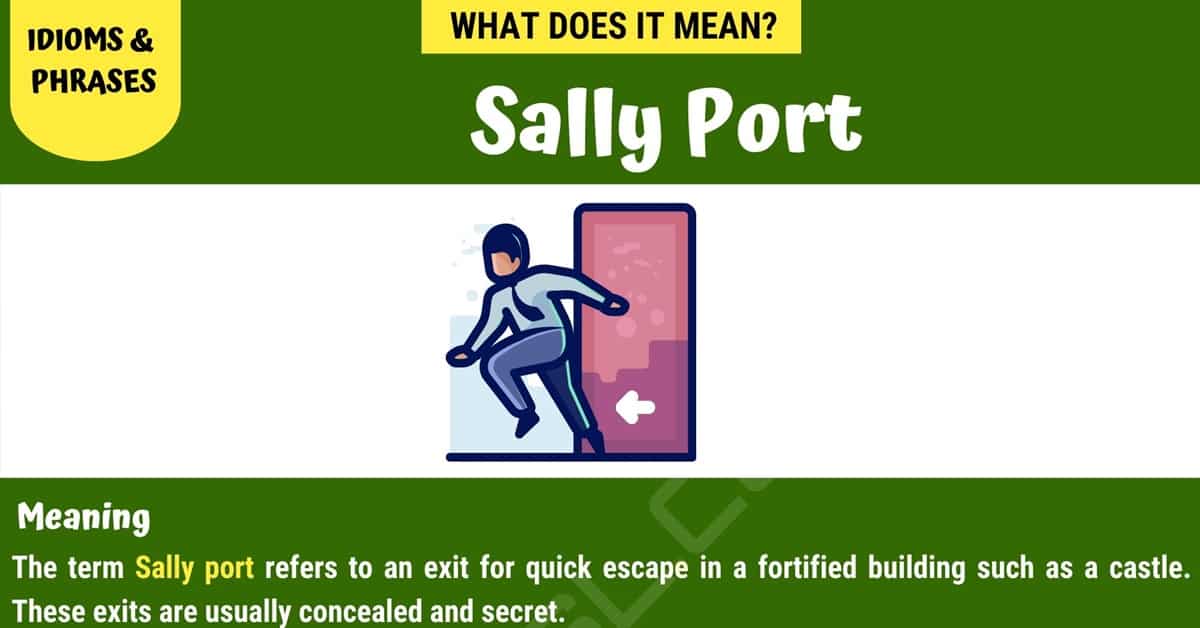 The term Sally port may be heard many times during English conversation, but what does this saying mean? We are going to find out the meaning of this term as well as taking a look at some examples of how the phrase can be used. We will also find out where the term originally came from.

The idiomatic term Sally port refers to an exit for quick escape in a fortified building such as a castle. These exits are usually concealed and secret.

You may hear the term Sally port in various different contexts, here are some examples of sentences which feature the phrase.

The first is a statement from a guided tour of a castle.

The next statement is taken from a newspaper report.

If you are wondering how the term sally port might work in a day to day conversation, here are some examples to demonstrate how it can be used.

The first conversation is taking place between two people who like history.

The next conversation is happening between two soldiers during a war.

Other Ways to Say “Sally Port”

There are other ways in which you might say the term sally port. Here are some examples of things you could say which mean the same thing.

What Does “Sally Port” Mean? | Picture 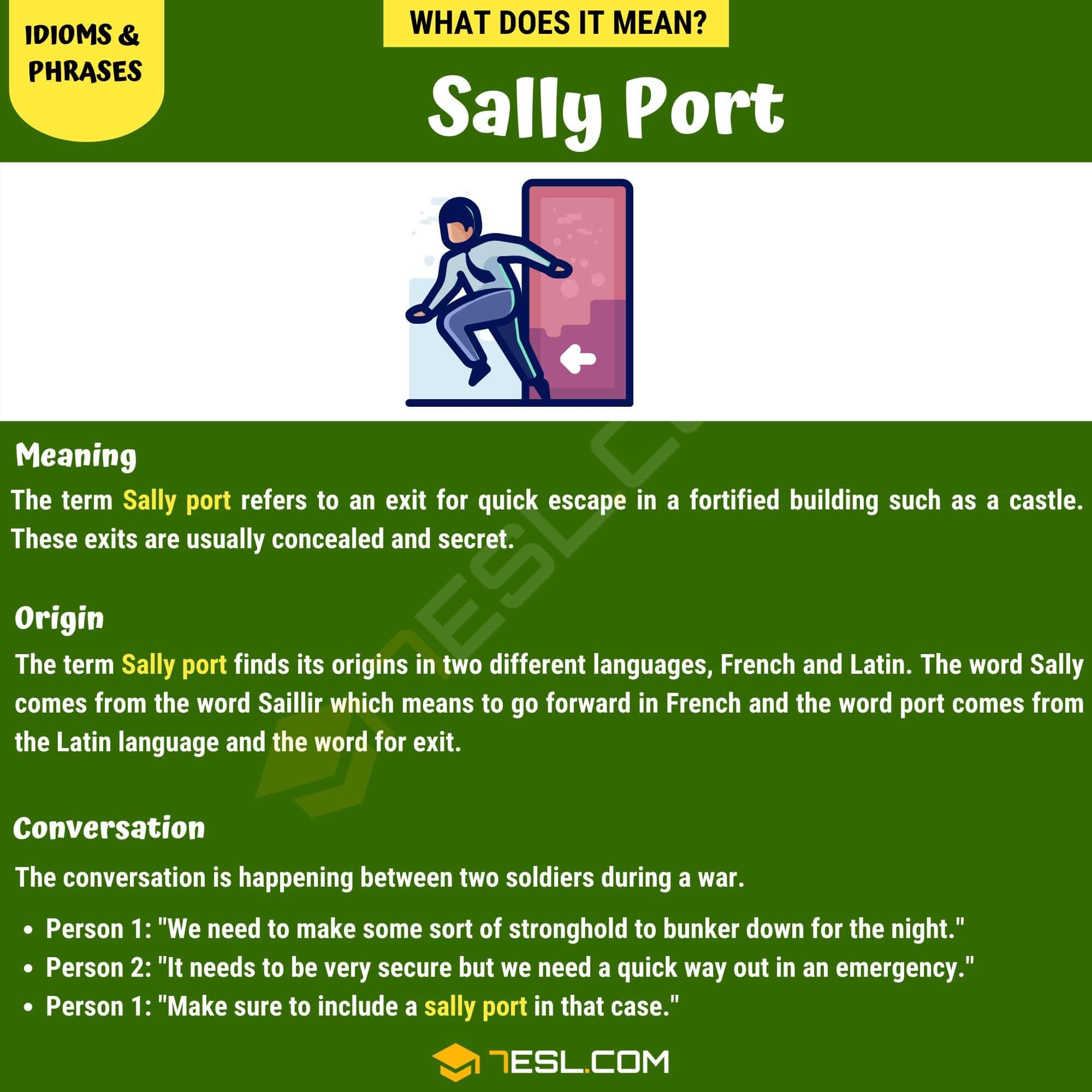