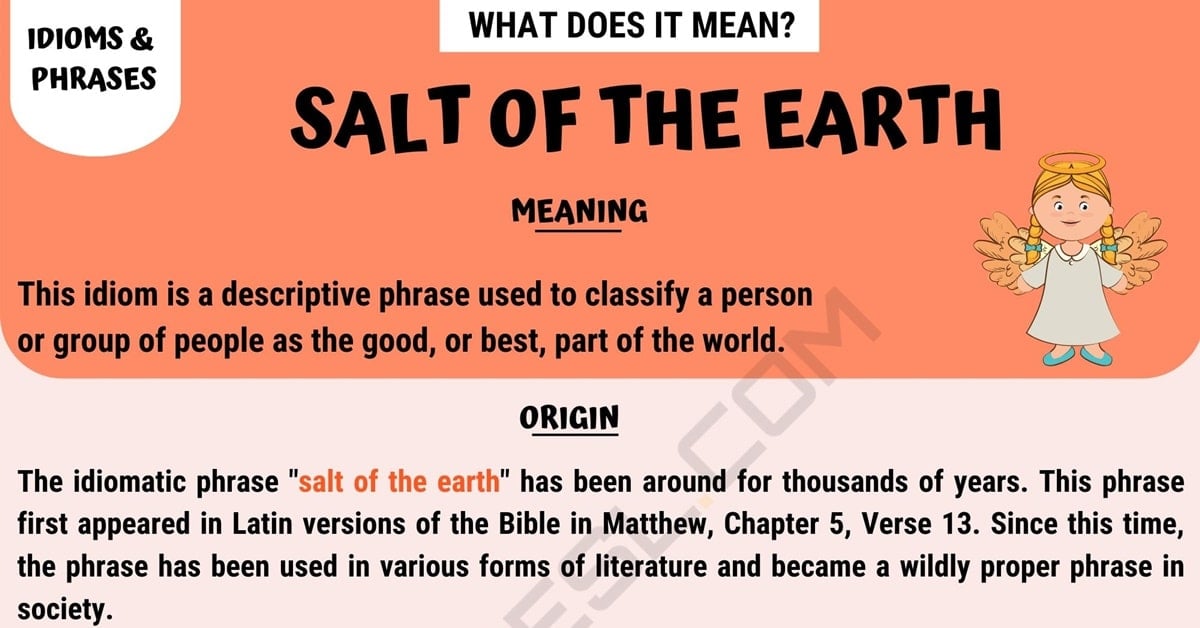 The phrase “salt of the earth” is a common idiomatic phrase used in everyday conversation. Here you will find the meaning of this phrase and find out where the phrase originated from. You will also find examples of how to use the phrase properly in conversations/statements and discover other ways to convey the same thought using literal terms instead.

Salt of the Earth

Salt of the Earth Meaning

The idiom “salt of the earth” is a descriptive phrase used to classify a person or group of people as the good, or best, part of the world.

The idiomatic phrase “salt of the earth” has been around for thousands of years. This phrase first appeared in Latin versions of the Bible in Matthew, Chapter 5, Verse 13. Since this time, the phrase has been used in various forms of literature and became a wildly proper phrase in society.

“Salt of the Earth” Examples

A statement made for a story in the newspaper.

A statement made in an article on the internet in response to a story.

Other Ways to Say “Salt Of The Earth”

There are numerous ways you could say the idiomatic phrase “salt of the earth” and have it still convey the same thought or feeling. Some of the things you can say include he/she is truly a good person, he/she is a treasure to behold or he/she is amazingly good.

Useful synonyms of “Salt Of The Earth”:

Salt of the Earth Meaning | Picture 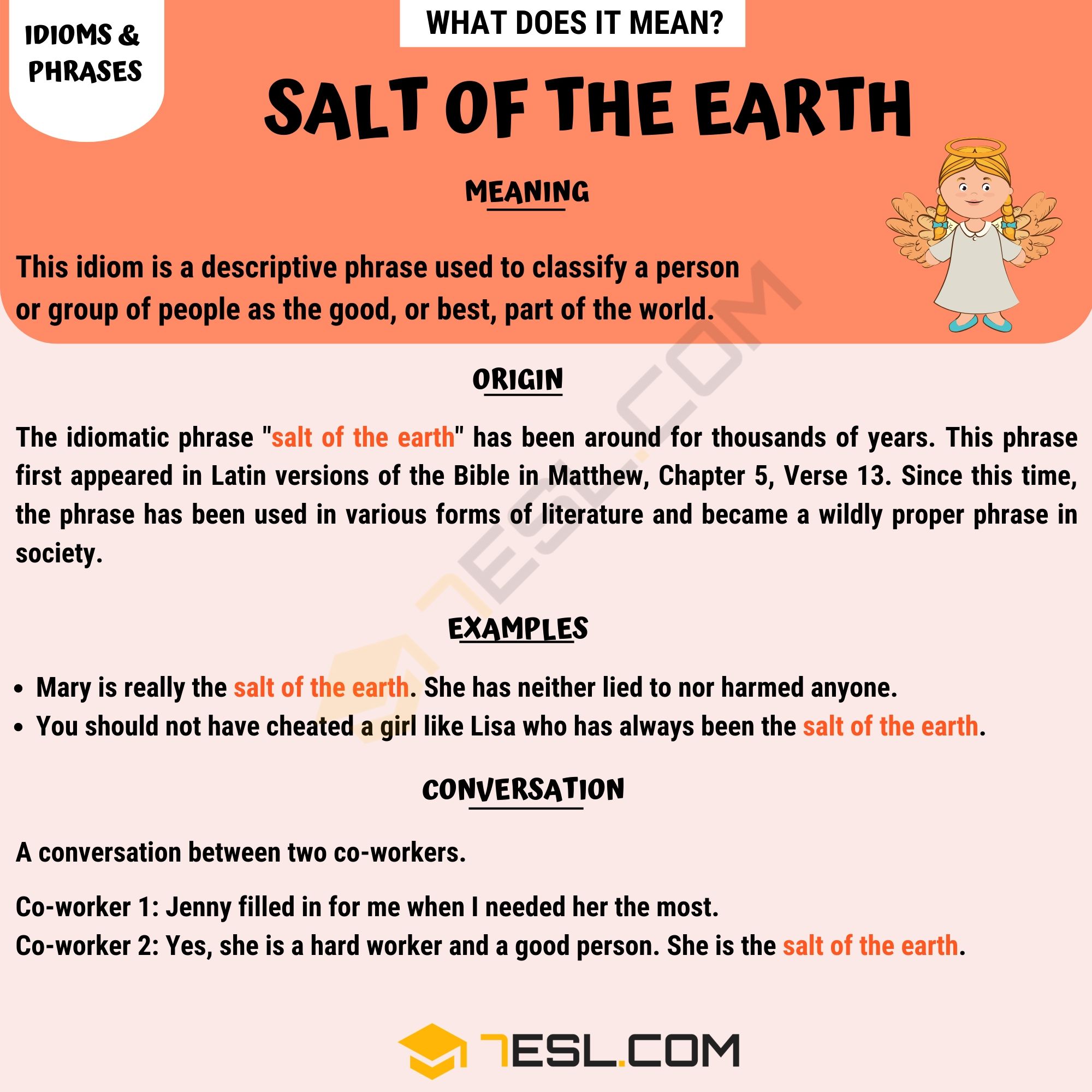