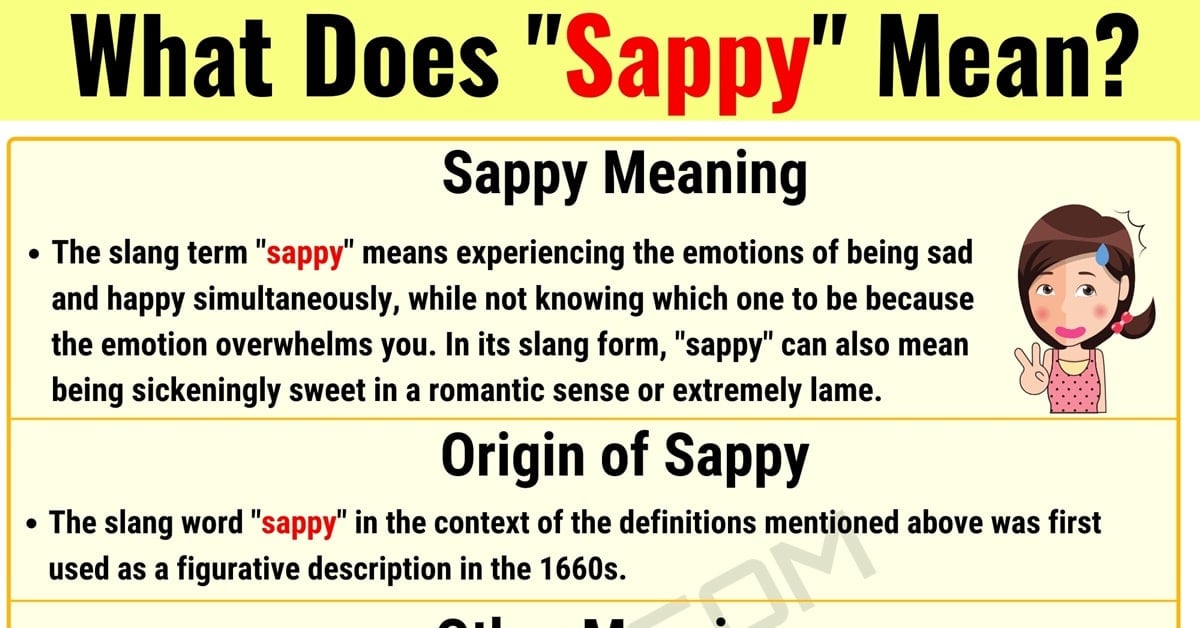 What does Sappy mean? Several slang terms have been adopted into acceptable everyday use during informal means of communication. In this article, you will discover the definition of the slang term “sappy” and the story regarding its origin.

The information presented below will also contain other meanings if any exist, and examples of proper usage during a conversation. Finally, you will learn some other ways you can say this term to mean the same thing using more direct phrasing.

What Does Sappy Mean?

The slang term “sappy” means experiencing the emotions of being sad and happy simultaneously, while not knowing which one to be because the emotion overwhelms you. In its slang form, “sappy” can also mean being sickeningly sweet in a romantic sense or extremely lame.

The slang word “sappy” in the context of the definitions mentioned above was first used as a figurative description in the 1660s.

A conversation between two friends over a cup of coffee:

A conversation between two co-workers at the office:

Some of the other ways you can say the slang term “sappy” include: 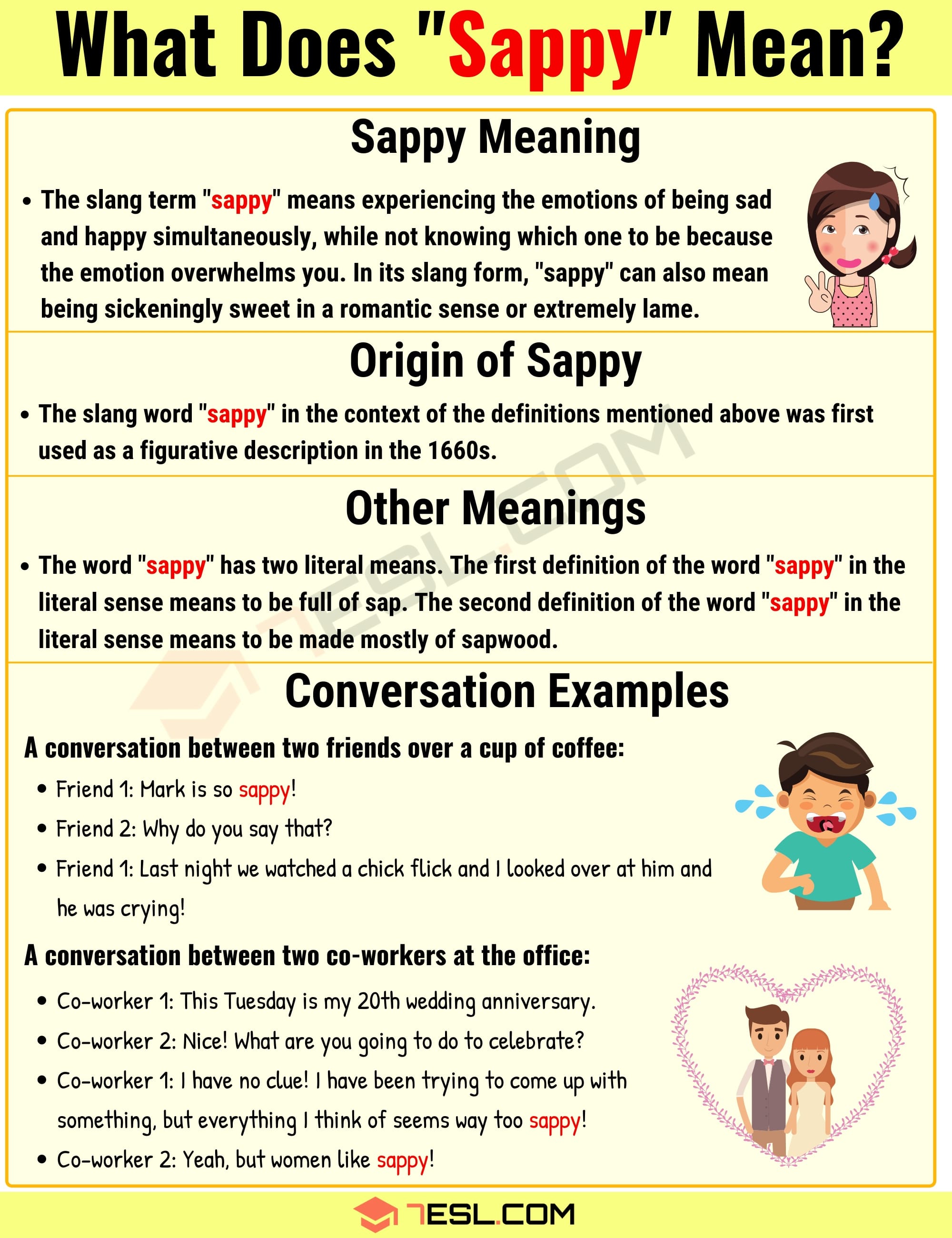