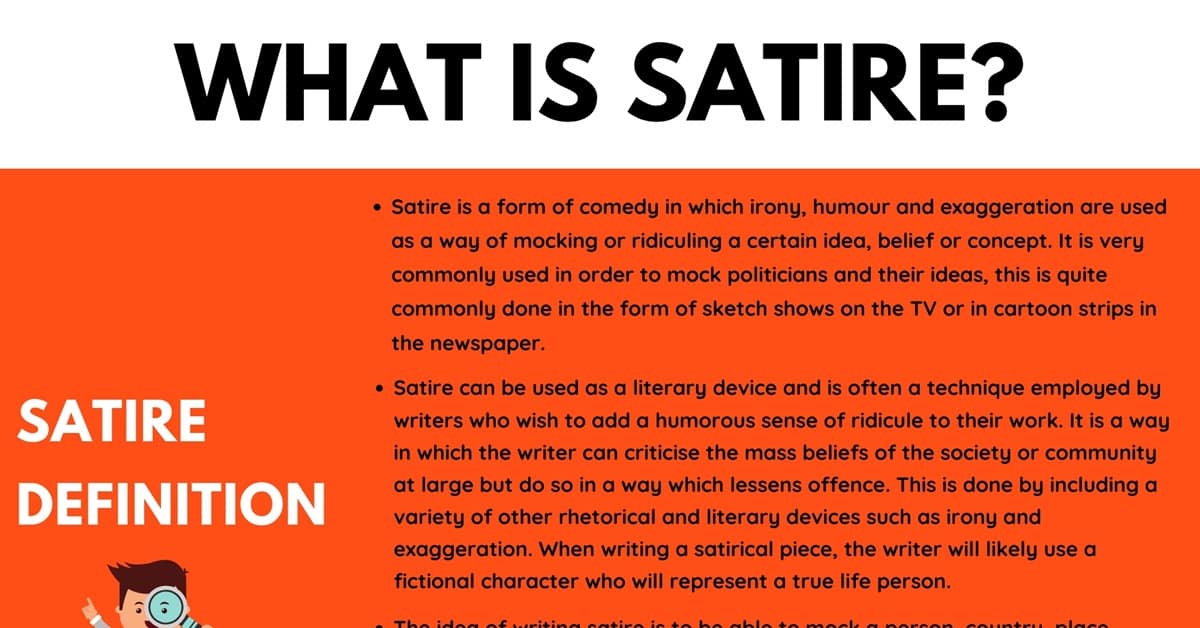 There are many examples of satire all around us, this is something that is commonly used in both spoken and written language. In this article, we are going to be looking at the meaning of satire as well as how it can be properly used. We are also going to be exploring some examples of satire in both spoken and written contexts, as this will allow us to gain a greater understanding of its function.

Satire is a form of comedy in which irony, humour and exaggeration are used as a way of mocking or ridiculing a certain idea, belief or concept. It is very commonly used in order to mock politicians and their ideas, this is quite commonly done in the form of sketch shows on the TV or in cartoon strips in the newspaper.

Satire can be used as a literary device and is often a technique employed by writers who wish to add a humorous sense of ridicule to their work. It is a way in which the writer can criticise the mass beliefs of the society or community at large but do so in a way which lessens offence. This is done by including a variety of other rhetorical and literary devices such as irony and exaggeration. When writing a satirical piece, the writer will likely use a fictional character who will represent a true life person.

The idea of writing satire is to be able to mock a person, country, place, concept or belief in a humorous way in the hope that it might have an impact on that group and cause them to change in the long run. Although this doesn’t very often happen.

It has been seen that satire has been used for a very long time, in some instances as far back as the civilisations on ancient Greece and Egypt where it was used as a way to mock the reigning governments.

Examples of Satire In Day To Day Conversation

There are plenty of examples of satire taking place in our day to day lives, this can be in the form of statements being made in conversation, through TV series and sketches and in talk shows. We are now going to take a look at some examples of satire being used in our everyday lives so that you might be more easily able to pick up on it when you are confronted with it.

Examples of Satire In Literature

Whether it is in a work of fiction or a newspaper article, there are examples of satire all around us when it comes to the written word. It is, as we mentioned an excellent way for the writer to ridicule and mock something in a humorous way, all the while hoping that it will be impactful enough to make a difference. Let’s take a look at some examples of how satire has been used as a literary device.

Satire is something which is very frequently used as a literary device as well as in spoken conversation, especially on TV and in the news. It is a way of mocking an idea, person, country or belief in a comedic sense using devices such as irony and exaggeration. Quite often, writers will use it as a way to expose an idea with which they do not agree. 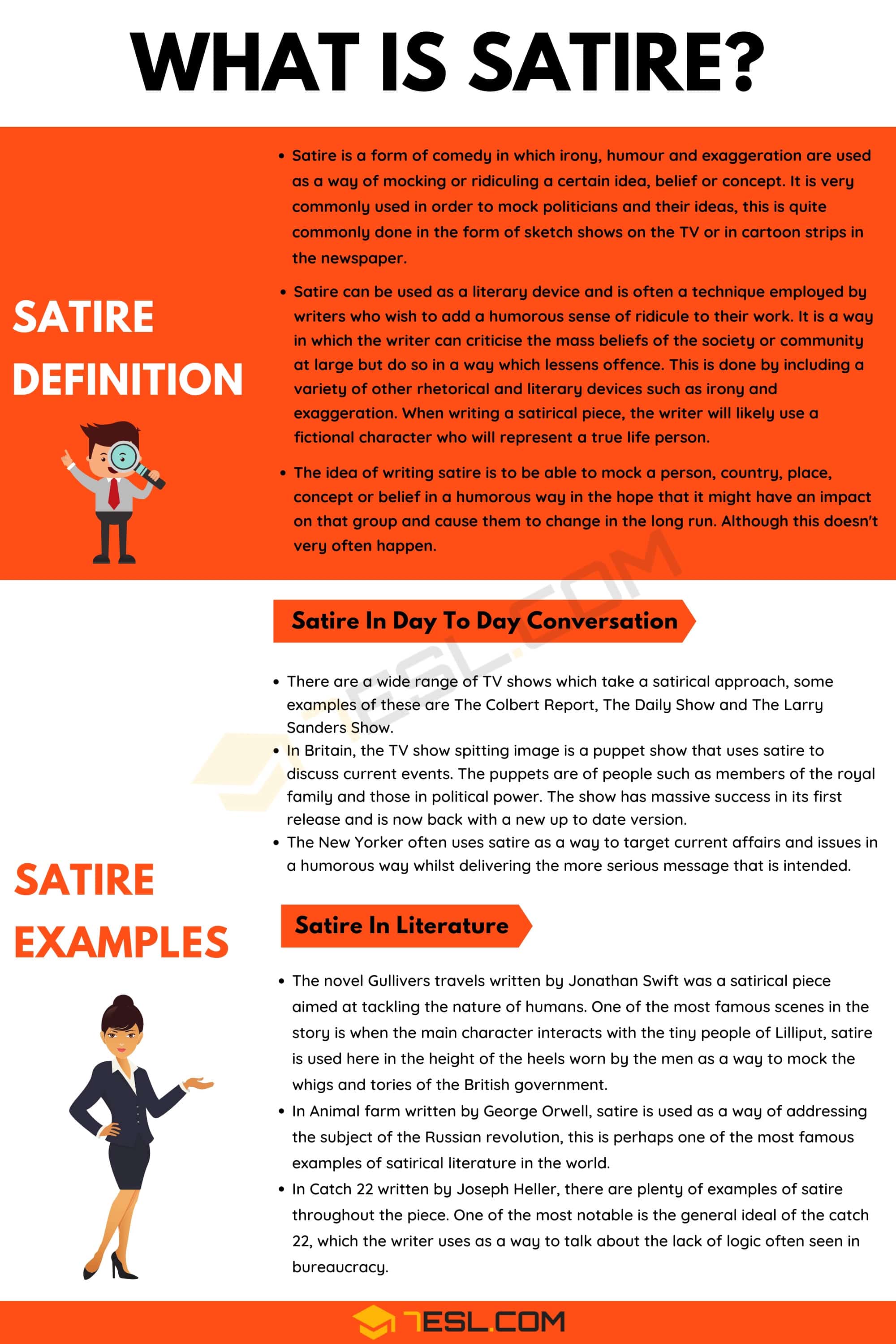