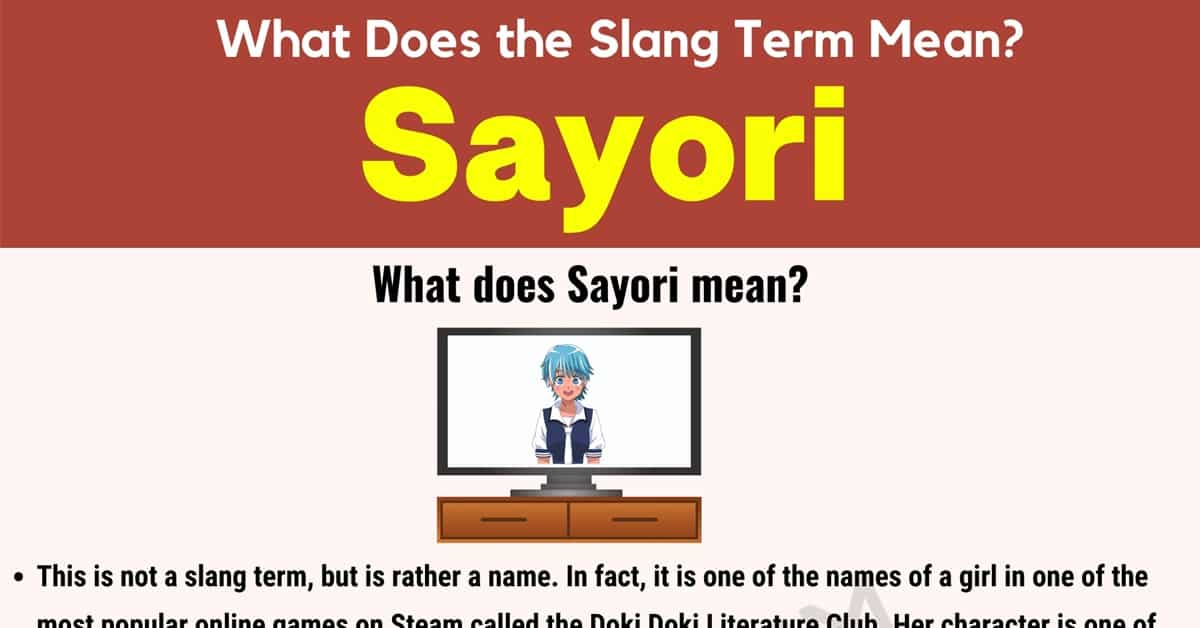 The internet slang term “Sayori” is not a form of slang at all. If you have recently encountered this term and were thinking that it was some new word you did not know the meanings of, you would be incorrect. However, have no fear. You have come to the right place to learn all you need to know concerning this term.

Below, you will find the meaning of this term, information about its origin, and some other meanings if there are any for it. Some example conversations are provided for you here as well in addition to all of this information so you can see how the term is used properly. Finally, you will see some synonyms for this term if it is possible to represent this term using alternate words that are similar in meaning.

What Does Sayori Mean?

This is not a slang term, but is rather a name. In fact, it is one of the names of a girl in one of the most popular online games on Steam called the Doki Doki Literature Club. Her character is one of four main characters in the game.

The origin of this character came about with the origin of this game. The game premiered on Steam September 22nd, 2017. It quickly gained popularity among users and has developed a cult following since. However, it is not a game that should be played by everyone because of the game content. The game is considered deceiving by many who play it because it starts out all happy, but then explores subjects such as depression, suicide, self-harm, and has graphic images of death.

There are currently no other meanings of this term that can be located. However, some have mentioned that this girl’s name means “depressed or suicidal” in Japanese. This is simply not true as the word name did not exist as a part of the Japanese language prior and, therefore, has no meaning.

Since this term represents the official name of a main character in a popular video game, there are no synonyms that you can use to represent the name that would not change its meaning. 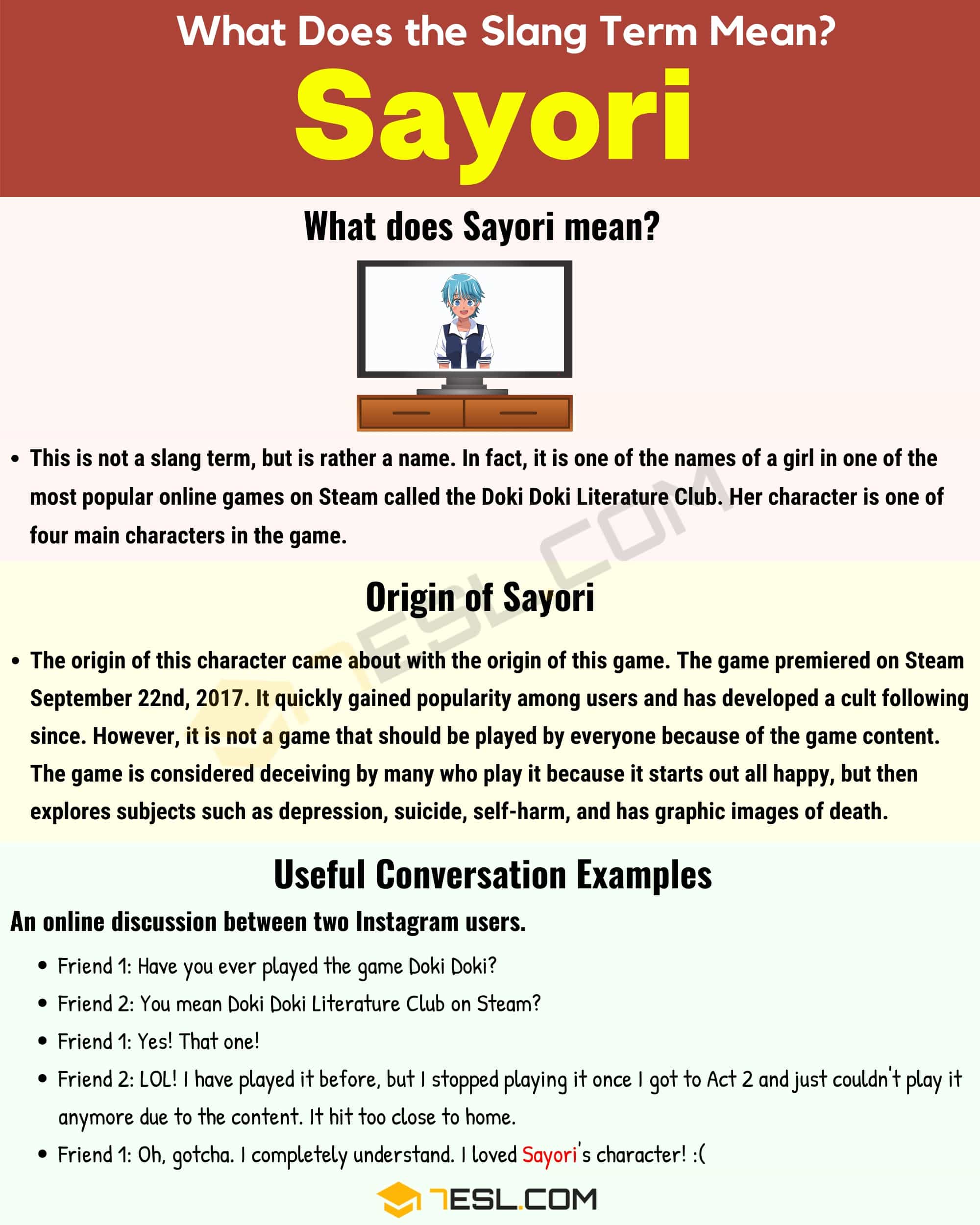