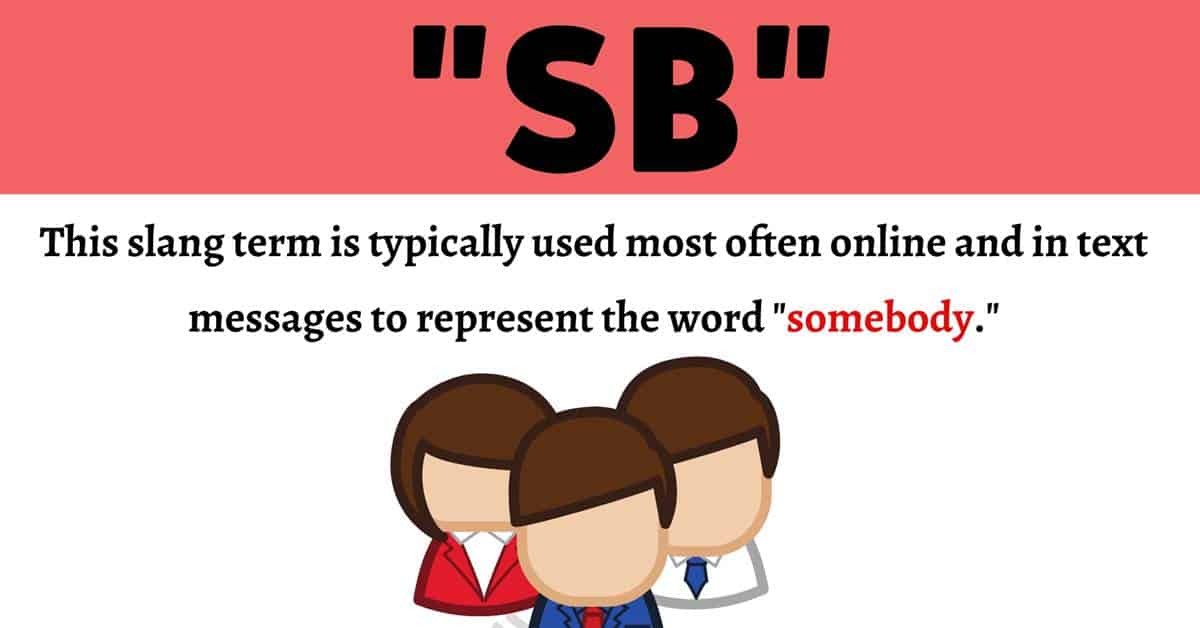 What does SB mean? Although this term can be used as an acronym, it is most often used in electronic communication as a standalone term for the abbreviation of a word that is used in everyday conversation. Here you will find the most common meaning of this term and the meaning of the word that it represents. You will also find some information discussing the first usage of this word and where it came from, as well as some other meanings it may have as an acronym. Some conversation examples are presented for you here too so you can see how this term is used in the context of a normal conversation and gain more knowledge of its definition. Finally, you will learn some like words that can be used in place of this term while keeping the meaning of your message the same.

What Does SB Mean?

This slang term is typically used most often online and in text messages to represent the word “somebody.” This term is properly used as a noun to define a person of importance or someone who has some sort of authority. It can also be used to mean the complete opposite to denote a person of unimportance.

The word “somebody” was used for the first time in the 1300s and was used to describe someone of unimportance. It was not until the 1560s, that the term was used to take on a different meaning and used to denote someone of importance or authority.

As a term used alone, this has no other meaning. However, it has also been used as an acronym to represent many phrases, official titles, etc. While it is nearly impossible to include every instance of this acronym and what it stands for here, some of the things it can represent are “Small Business,” “Service Bulletin,” “Super Bowl,” “Small Blind,” and “Security Breach.”

A text conversation between girlfriend and boyfriend. 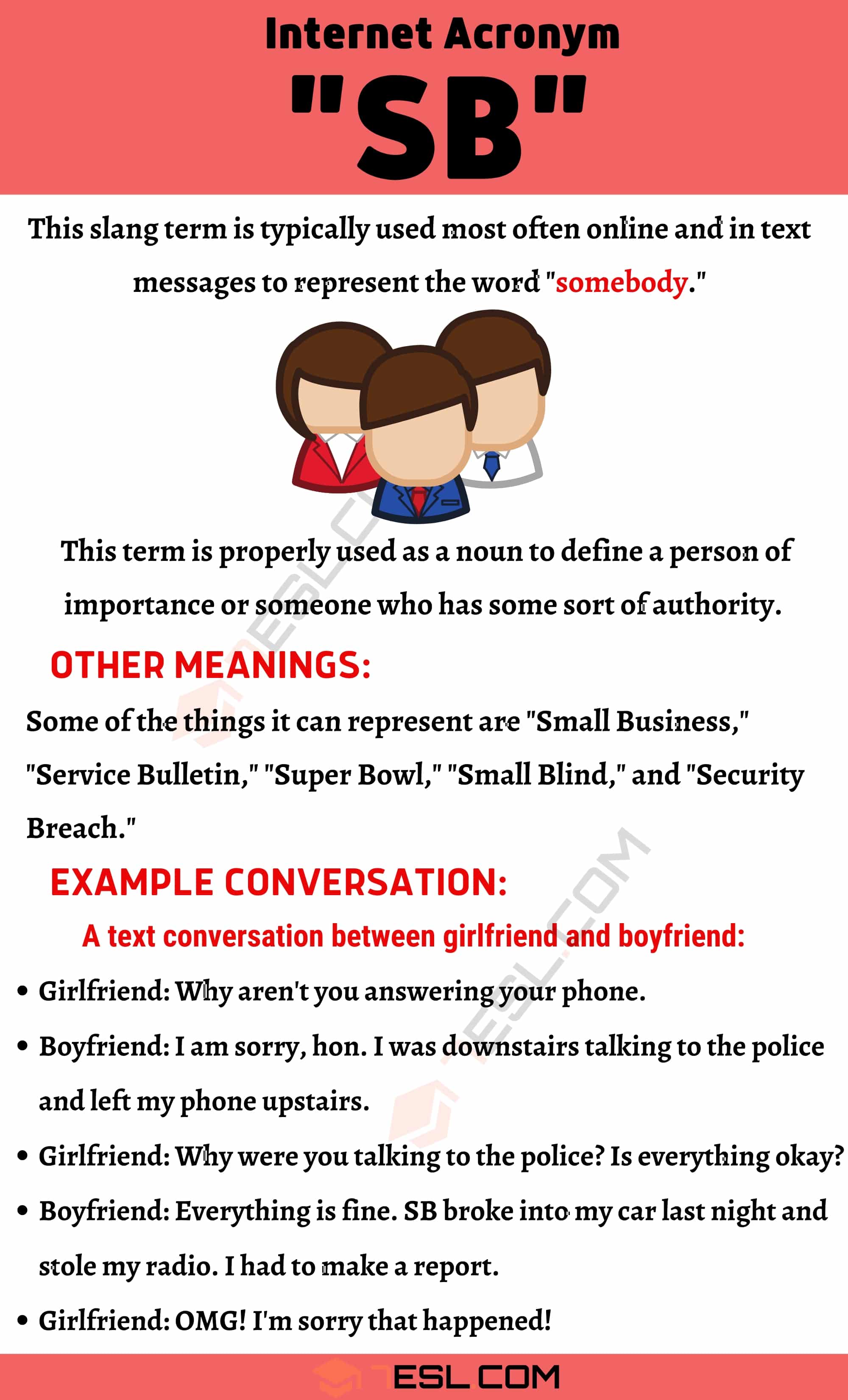