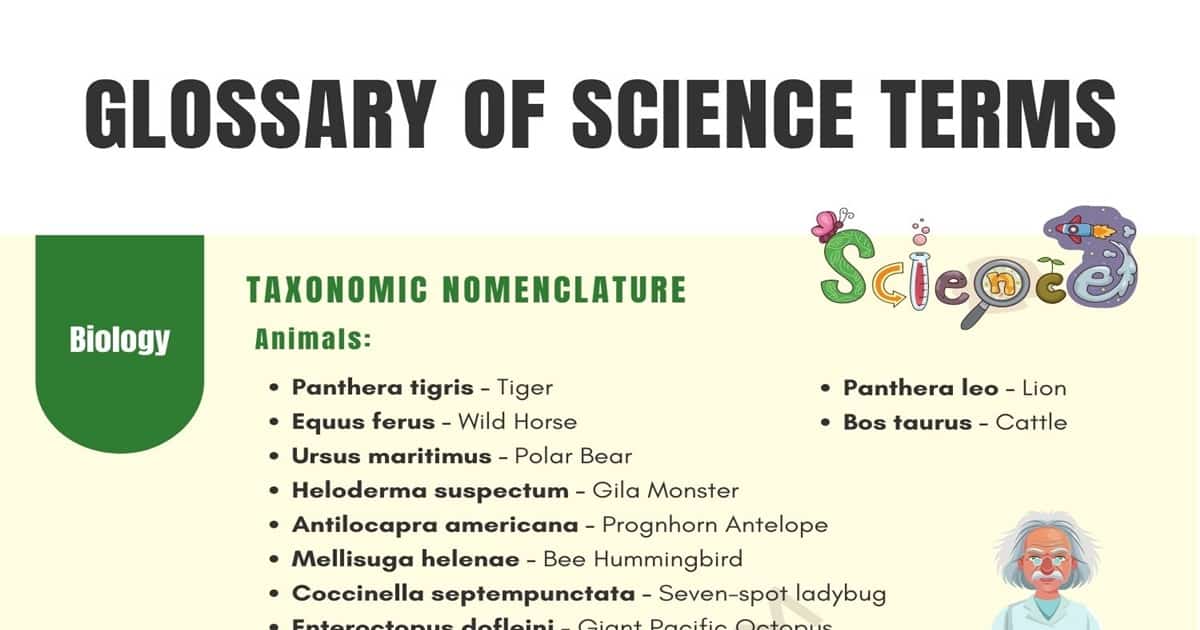 What are science terms? In illustrating the scientific world, a number of different words and phrases are used. Some of these phrases are composite science words from different languages, some are acronyms, while still others are words named after scientists themselves. But what exactly are science terms and why are they used? This article will review the definition of science terminology (otherwise known as “science terms”) and give a list of these terms according to their type.

Scientific terminology, or science terms, is a language specifically designed for use in scientific fields. This language can consist of different words and terms — ones that represent various concepts, ideas, or physical realities.

For example, biologists use a system of scientific terminology called taxonomic nomenclature to identify species. In common language, for instance, a housecat is known as a “cat” — but in biology, the animal is known as Felis catus.

Taxonomic nomenclature, as a system of scientific terminology, uses italicized, often Greek or Latin words, to represent an animal’s genus (a category consisting of an animal’s close relatives) and species.

In the housecat example, the Classical Latin word “Felis” is capitalized and represents the genus, while the Old Latin “catus” is in lower case and represents the species. Biologists use taxonomic nomenclature to clearly define species that have certain traits (i.e. genetics) in common.

Science terms can also consist of acronyms, words made up of the initials of longer phrases. In particle physics, for example, BESS is an acronym for Balloon-borne Experiment with a Superconducting Spectrometer, while in biology DNA stands for Deoxyribonucleic Acid.

Science terms also may reflect something about the innovator, discoverer, or discovery of an object, organism, or idea. For example, the chemical element Darmstadtium (Ds) was named after the German city of Darmstadt, where the element was first discovered. 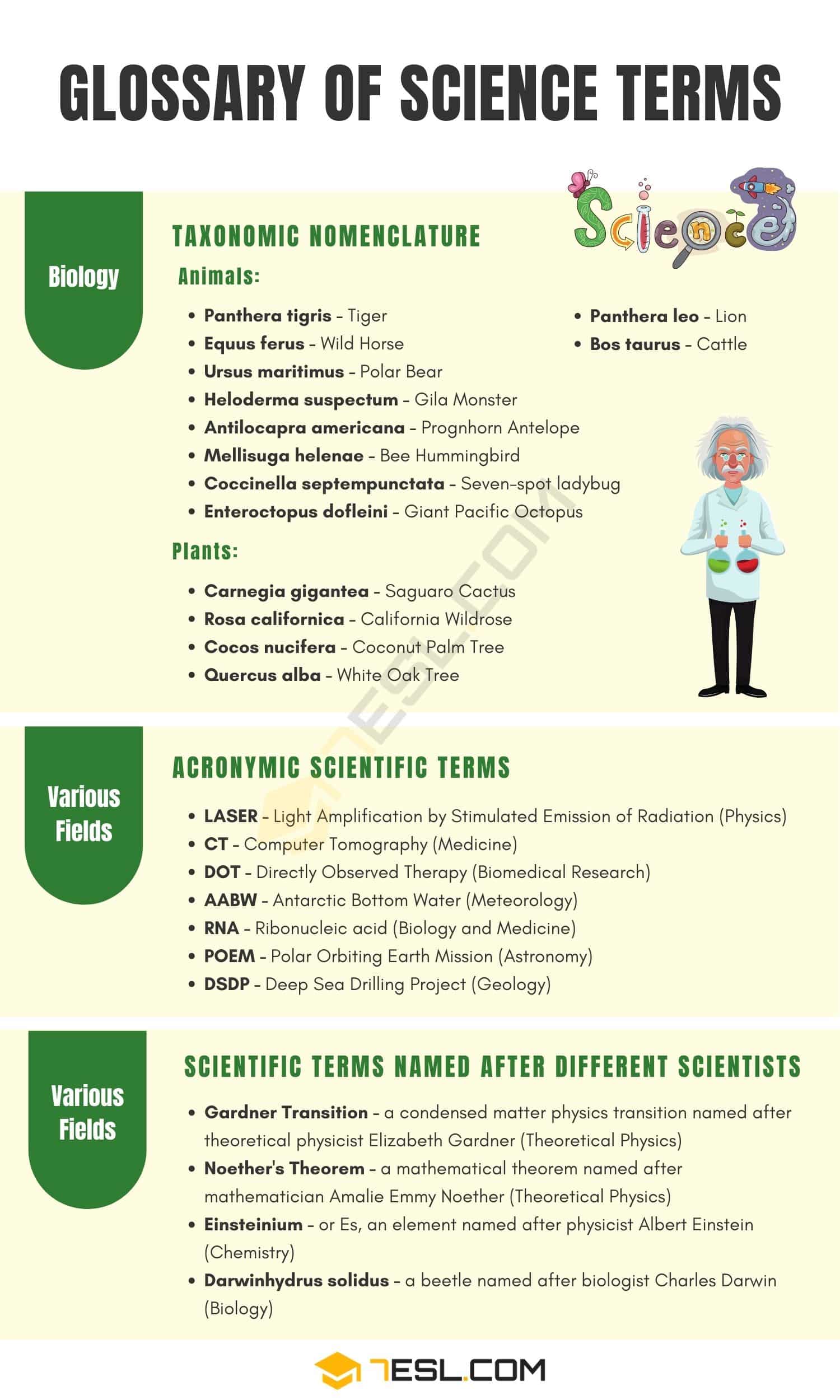