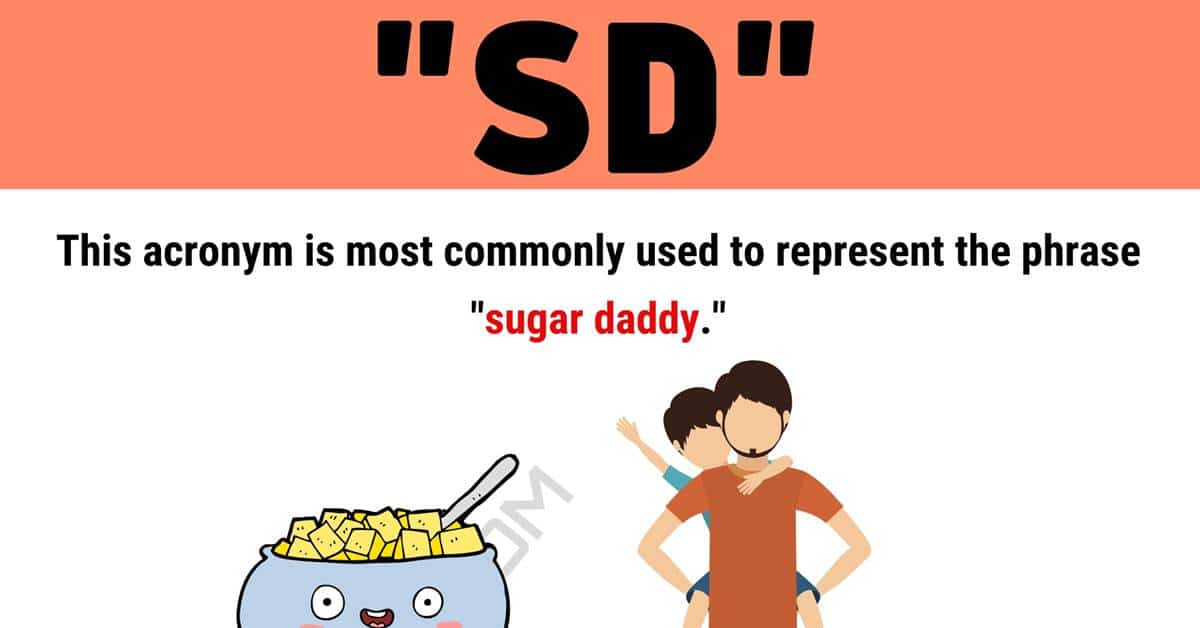 If you came here thinking that the acronym “SD” presented the state of South Dakota or the city of San Diego most often on the internet, then you would be incorrect. In the slang sense of the term, it means something much different. Here you will find the most common meaning of this acronym and the phrase it represents. You will also find the story behind that phrase’s origin and some alternative meanings of the acronym itself. You will also see some example conversations that you can read to gain a deeper understanding of the term by seeing it used in context. Finally, you will discover some synonymous words or phrases that you could use in place of this acronym to convey the same meaning during a conversation.

What Does SD Mean?

This acronym is most commonly used to represent the phrase “sugar daddy.” A “sugar daddy is a male who financially supports a female or, in some cases another male, in return for favors, sometimes of a sexual nature.

The phrase that this acronym represents originated first in 1908. A man by the name of Adolph Spreckles, who was one of the heirs to the Spreckles’ sugar fortune, married a much younger woman. His wife, Alma, commonly referred to him as her sugar daddy because he was able to take care of her financially. However, the phrase did not catch on until sometime between 1915-20. It was not officially recorded being used until 1926 as the slang term that everyone knows the above meaning of today.

The term sugar daddy can also be the name of a candy that was first produced in 1932. The acronym can also stand for many other things besides this phrase. There are too many to mention them all here, but some of them are “San Diego,” “South Dakota,” “Single Dose,” “Software Development,” and “Sweet Dreams.”

There are several other terms that you could use in place of the term sugar daddy or the acronym that represents the phrase. Some of the other words you could use that mean relatively the same thing include: 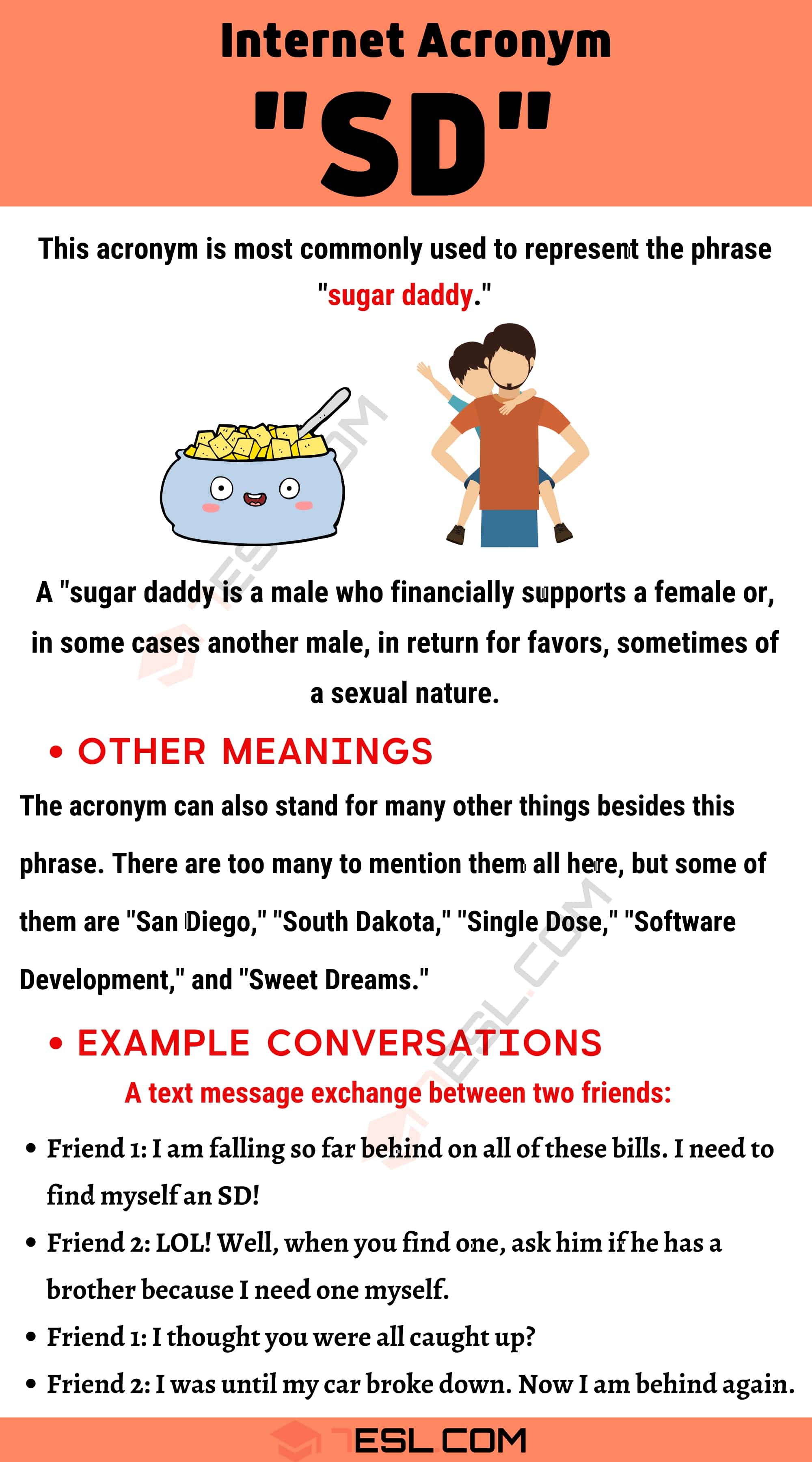