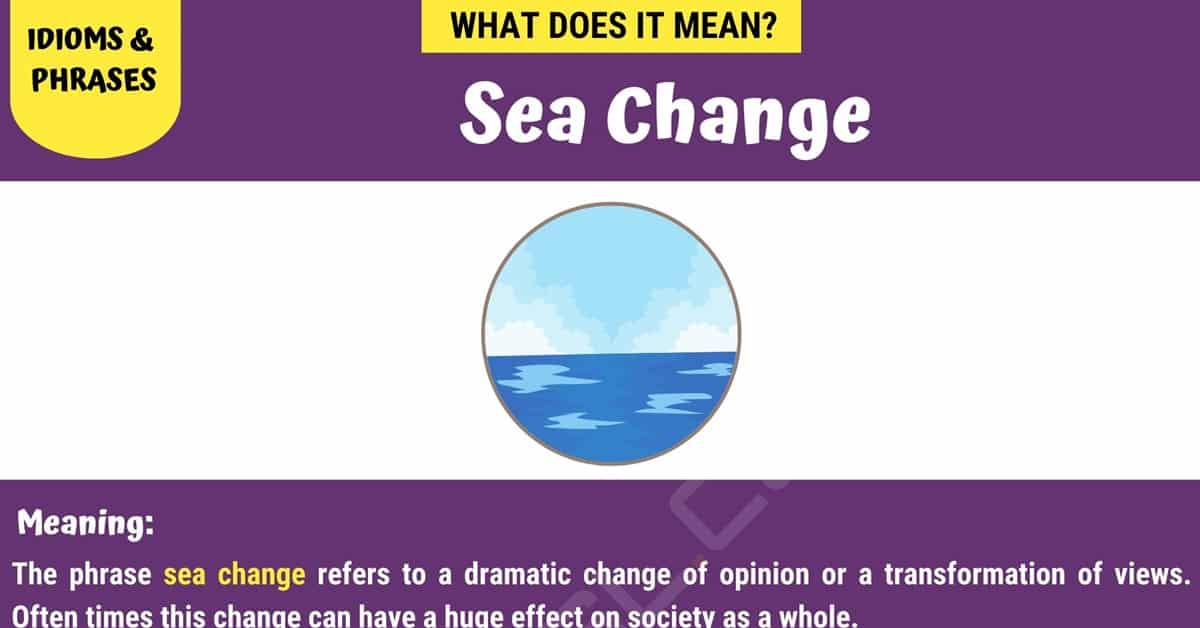 There are many times in which the phrase sea change can be heard during a conversation. We are going to look at the meaning of this phrase as well as where the term came from in the first place. We will also be looking at some examples of the phrase being used in both sentences and conversations.

The phrase sea change refers to a dramatic change of opinion or a transformation of views. Often times this change can have a huge effect on society as a whole.

Origin of the popular phrase

The idiomatic saying sea change can be attributed, like many phrases, to William Shakespeare who coined the term in his work The tempest.

You are likely to hear the term sea change in a variety of different contexts when listening to the English language. Here are some examples of sentences in which you may hear the term.

The first statement is being made by a journalist.

This next statement is being made by a religious leader.

If you are curious to see how the term sea change might fit into a day to day conversation, here are some examples of what you might hear.

This next conversation is happening between two staff members in the workplace.

There are other ways in which you might say the term sea change. Here are some ideas of other things you might say which carry the same meaning. 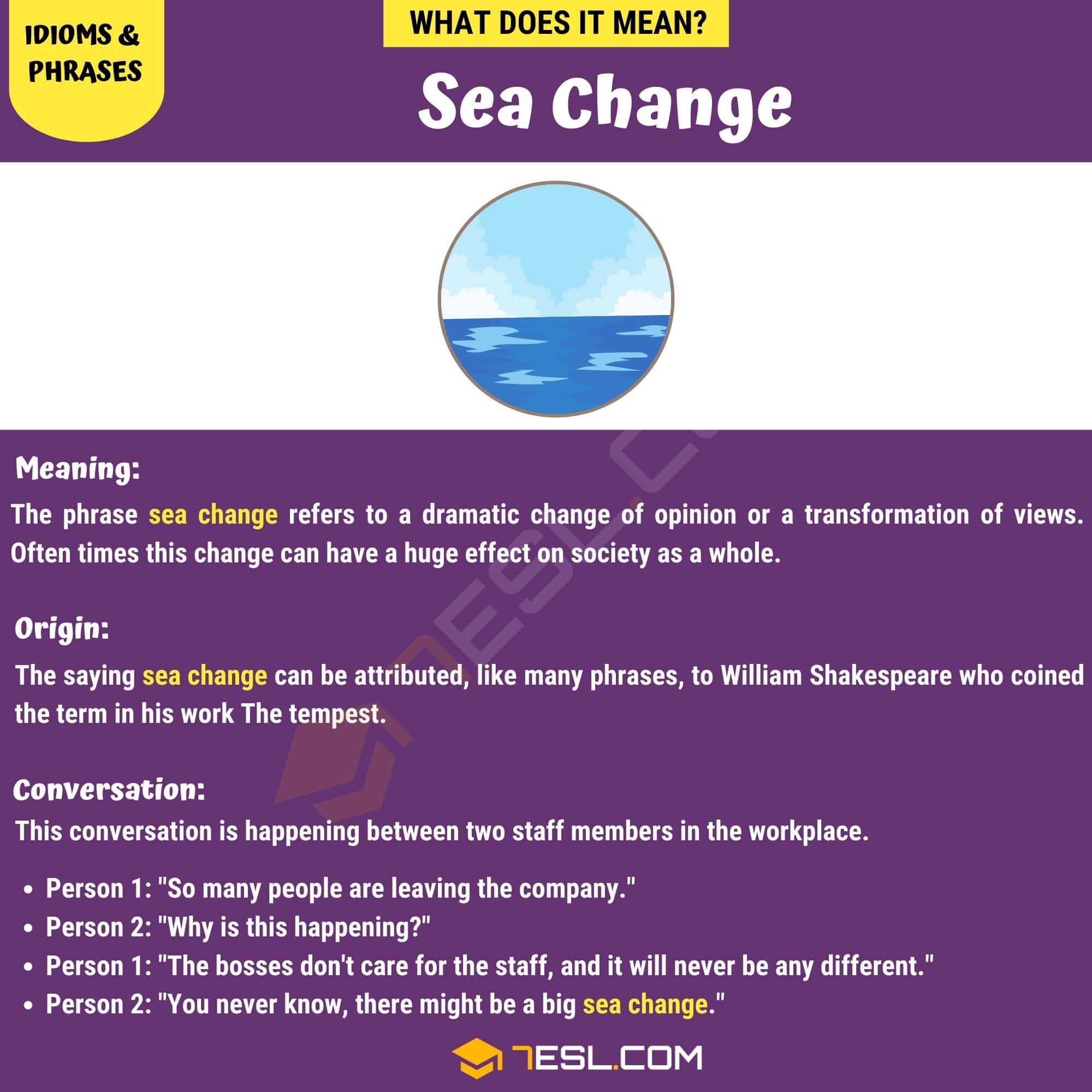