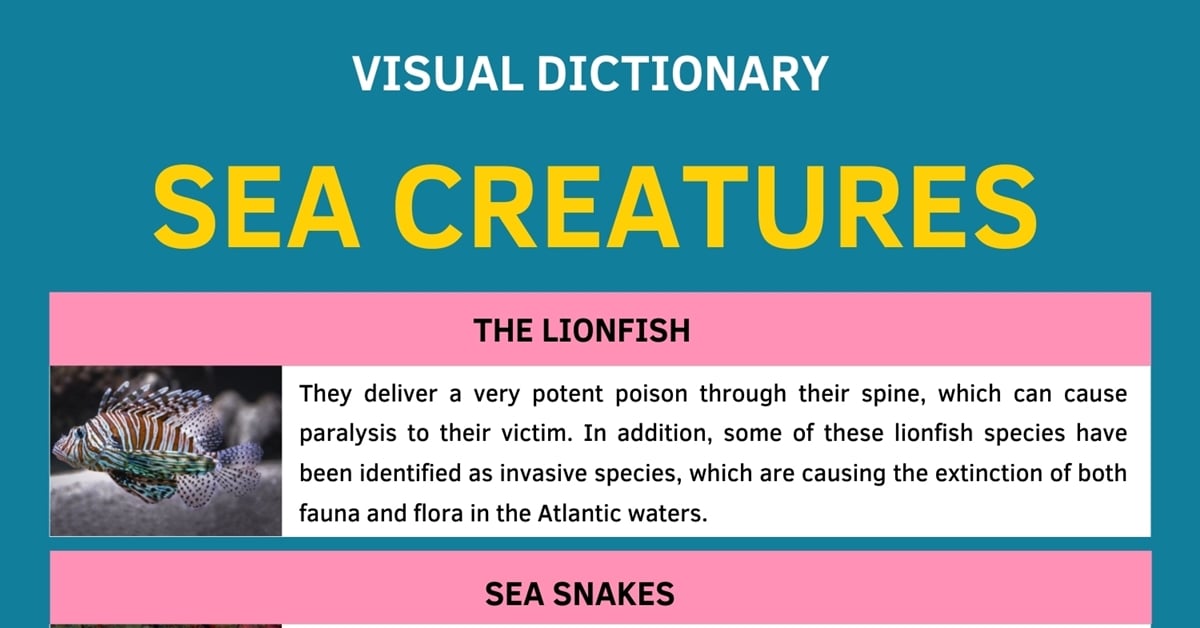 It’s estimated that about 230,000 species inhabit the sea, making it among the busiest habitats in the world. To survive in this aquatic habitat, sea creatures have evolved for centuries to become masters of camouflage and skillful hunters.

These creatures range from tiny to colossal creatures, with some having beautiful body patterns while others have bizarre looks that will send chills down your spine if you encounter them during a sea dive.

Below is a list of the most poisonous sea creatures

Sea Creatures and Their Facts

About 16 species of these sea creatures inhabit waters of a depth of at least 100-500 and are known to have a life span of approximately ten years. They have plenty of tentacles on their body, with most being maroon, red, or brown with white striped rings around their bodies.

They deliver a very potent poison through their spine, which can cause paralysis to their victim. In addition, some of these lionfish species have been identified as invasive species, which are causing the extinction of both fauna and flora in the Atlantic waters.

With most of these sea creatures having a length of 3-5 feet, some species have been documented to have grown to up to 9 feet long. They spend much of their time on land and at least 8 hours submerged in water.

There are an estimated 55 sea snake species globally, with most being black with gray, white, or blue bands on their bodies. These sea creatures are very venomous, with research showing that at least three drops of their venom can kill eight grown adults.

They are benthic animals that live on the seafloor, usually in dark, murky waters. They are also referred to as Cone Shells, with most species being 3 inches long. These snails are the world’s most venomous snails, with a drop of their venom capable of killing 20 grown adults.

They are endemic in tropical and subtropical seas, most notably the Red sea, with each of the 500 known species having an estimated lifespan of 10-20 years.

Adapted to survive in warm and cold water, these sea creatures are the world’s most dangerous urchins, with their poison capable of causing paralysis and death to its victim. They are omnivores feeding on sea algae and scavenging for the dead organism as their staple.

This is the chief master for camouflaging, as it ideally resembles a stone at the bottom of the sea. It also holds the title of the most venomous fish in the world, with its venom causing paralysis and certain death to its victim if no medical care is provided promptly.

It has colors ranging from brown, orange, yellow, and even red, with a maximum number of 13 spines on its back used to inject venom to its unlucky victim. It’s estimated that a Flower Urchin can live to up to 5 years, each being an estimated 10-15 inches long.

Most sea creatures are not offensive attackers; in fact, they only attack you as a defensive mechanism if they feel threatened. So the next time you go for a dive, try and steer far away from them, if possible. 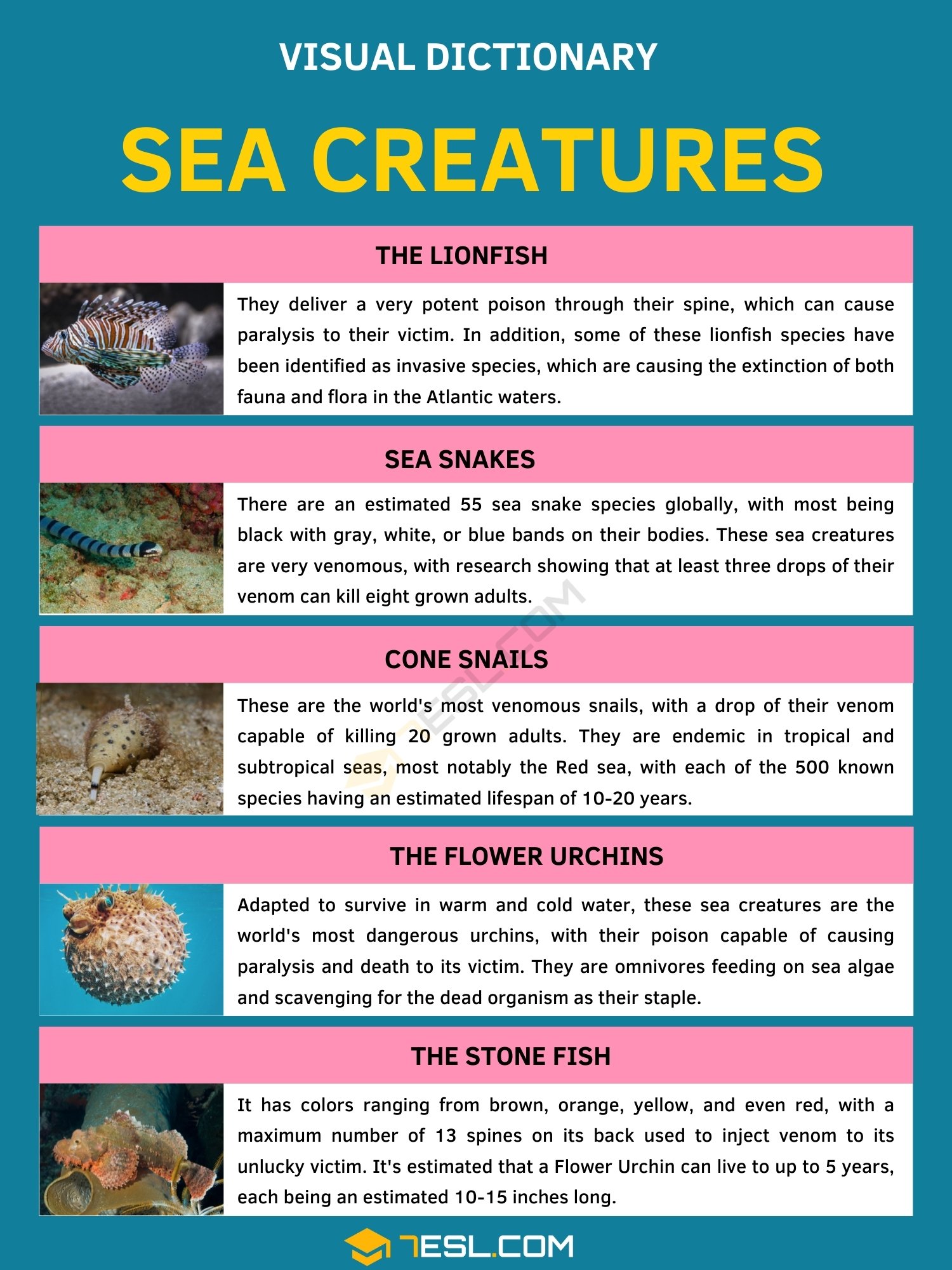 And you thing alright