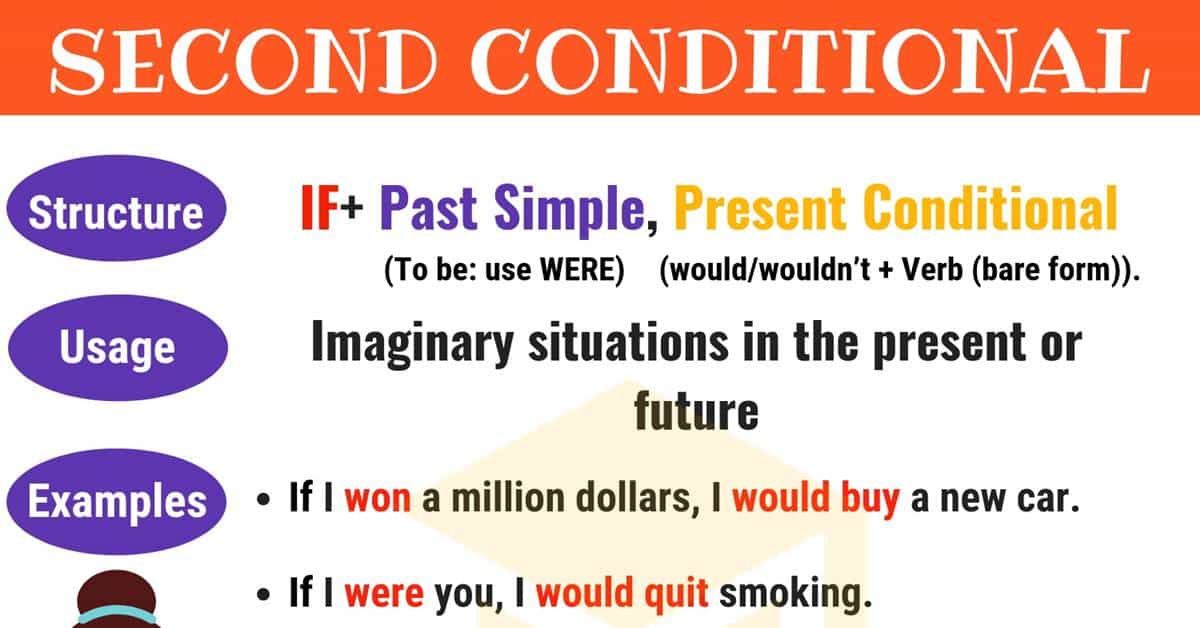 If you are going to be talking about something that has a possibility of occurring but is unlikely then you will require the use of the second conditional. An example of this type of sentence might be ‘If my sister won the lottery, she would give me half of her winnings.’

In this section, we are going to be looking at the second conditional in a lot more depth and gaining a greater understanding of its purpose and function. This will then enable you to use it much more more confidently in your spoken and written English.

What Is the Second Conditional?

Learn how and when to use Conditional Sentences Type 2 (Present Unreal Conditional) with useful form, usage and example sentences

Like a first conditional, a second conditional sentence consists of two clauses, an ‘if‘ clause and a main clause. We use different verb forms in each part of a 2nd conditional:

Note that this “past simple” form is slightly different from usual in the case of the verb BE. Whatever the subject, the verb form is “were”, not “was”.

Sometimes it’s possible to use ‘should’, ‘could‘ or ‘might’ in place of ‘would‘.

How to Use the Second Conditional

The conditional sentences type 2 is used to talk about things which are unreal (not true or not possible) in the present or the future – things which don’t or won’t happen. 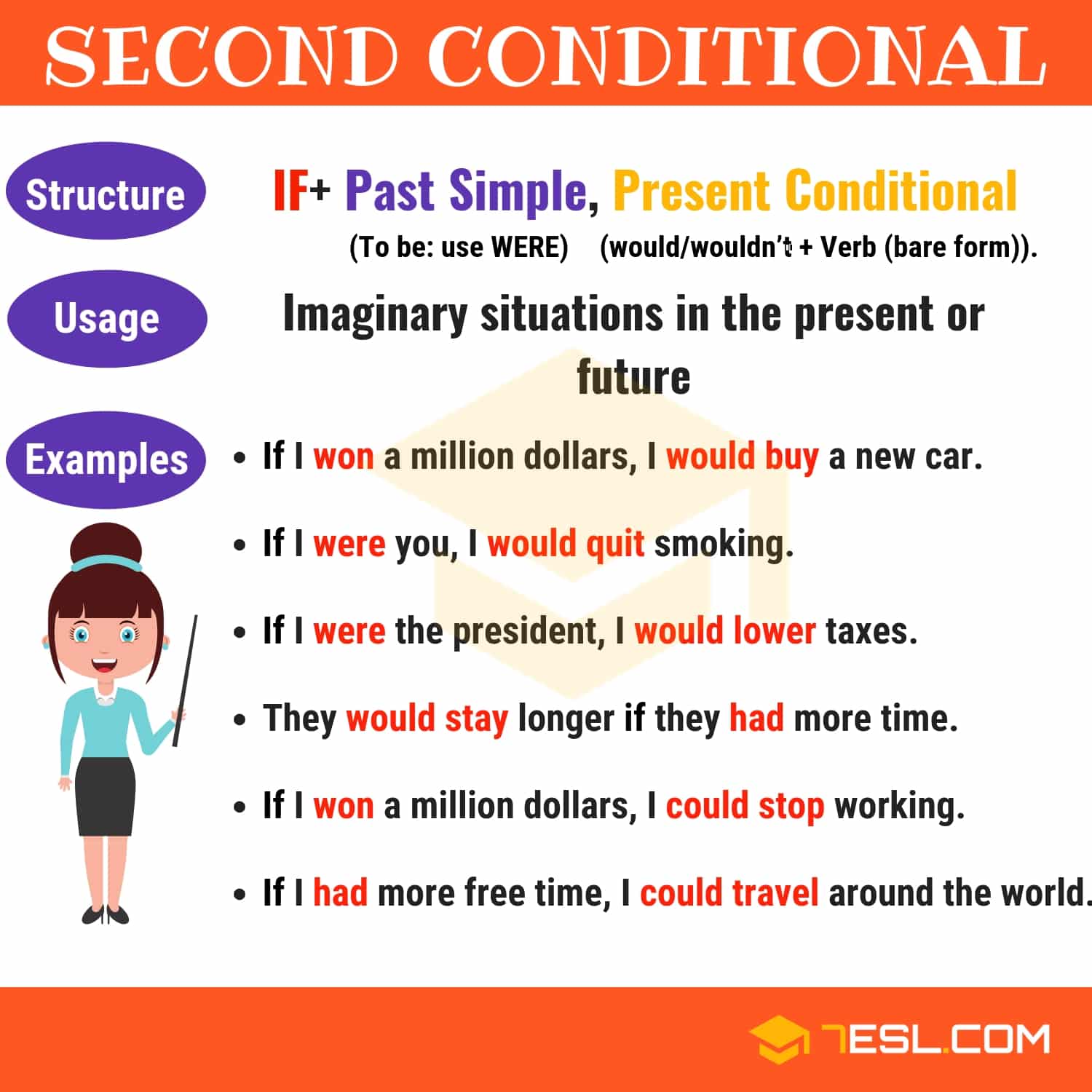 why this web do not have excercise?

So nice to learn thxsm for that ^^﻿