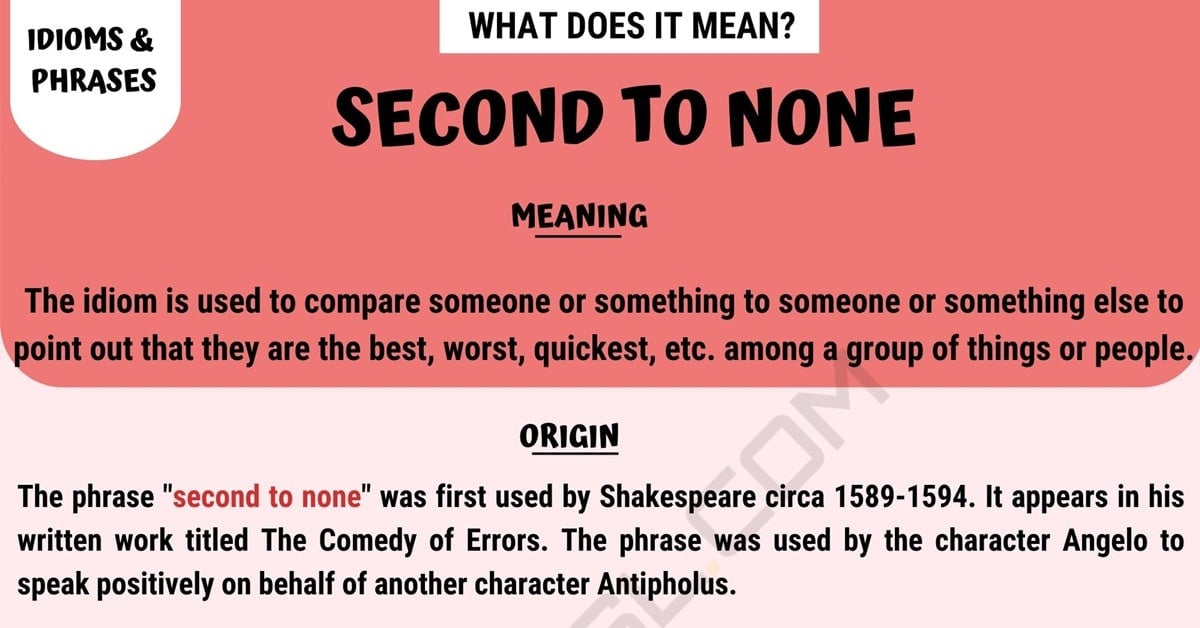 “Second to none” is a phrase that is used quite often in conversation and in writing. The phrase is pretty self-explanatory once you know the meaning, but chances are you’re here because you are wondering what it means. If that’s the case, then you are in luck because here you will find what it means, the origin of the phrase, some example sentences and conversations, and some other suggestions regarding how you can say this phrase in different words to mean the same thing.

Second To None Meaning

The phrase “second to none” was first used by Shakespeare circa 1589-1594. It appears in his written work titled The Comedy of Errors. The phrase was used by the character Angelo to speak positively on behalf of another character Antipholus.

“Second To None” Examples

A discussion between mother and son.

Alternatives to “Second To None”

There are some words that you can use in place of the interesting idiomatic saying “second to none” that will mean the same thing. Some of the words you could use include:

Second To None Meaning | Picture 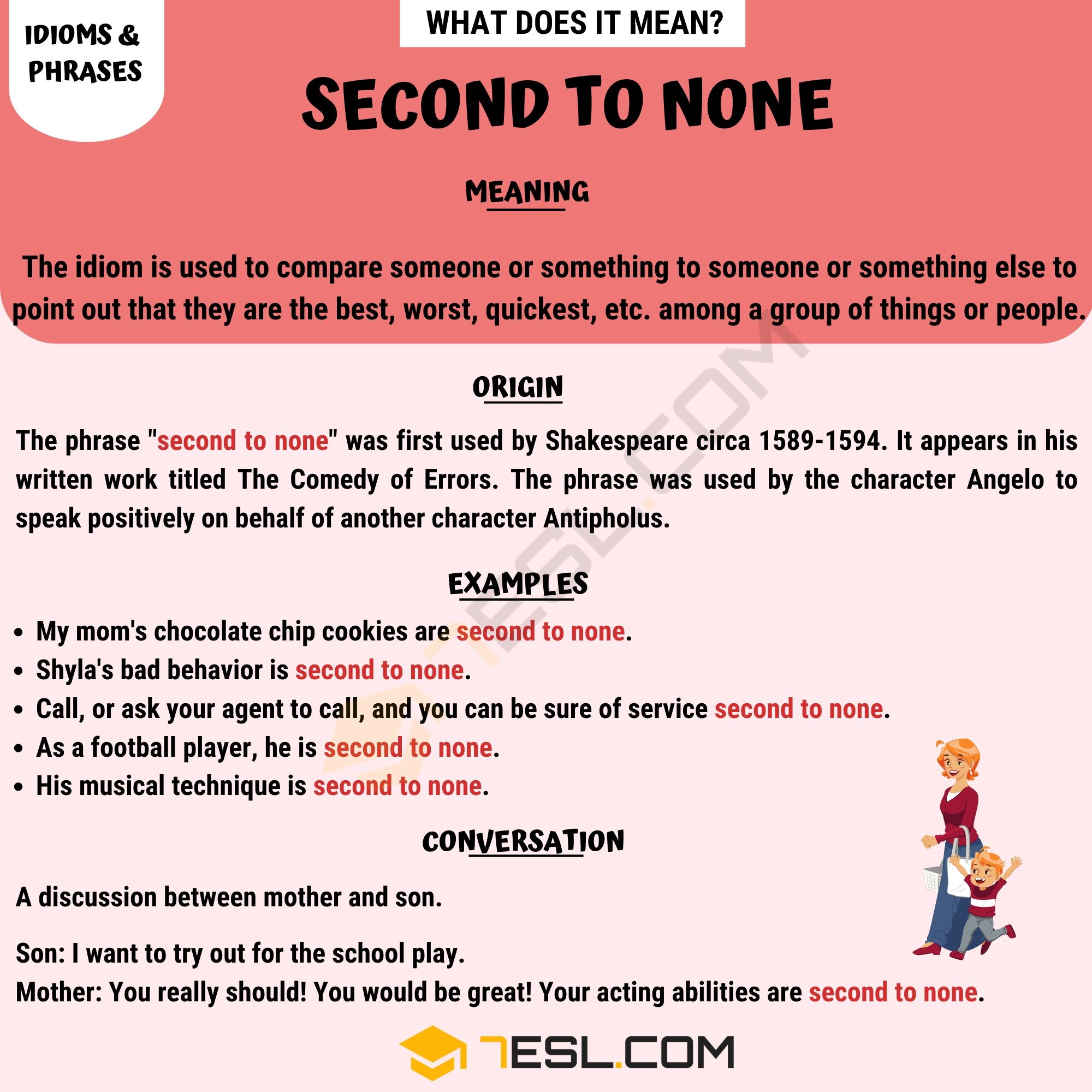