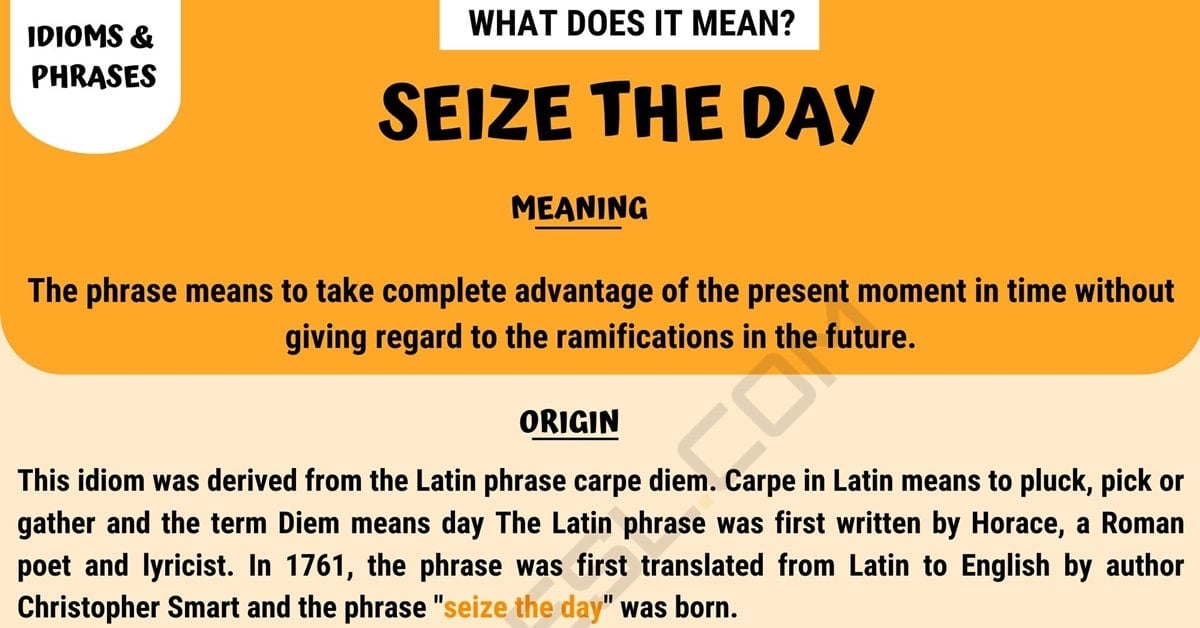 The idiomatic phrase “seize the day” is a very common phrase used in everyday conversation and writing. Here you will find the meaning of the phrase and the story behind its origin. You will also find examples of how to use the phrase properly in conversations/statements, as well as some different ways the phrase can be said while still conveying the same meaning.

The phrase “seize the day” means to take complete advantage of the present moment in time without giving regard to the ramifications in the future.

A statement made by a football team just before the start of their game.

A statement made by a witness at a bad car accident.

Other Ways to Say “Seize The Day”

What does “Seize The Day” Mean? | Image 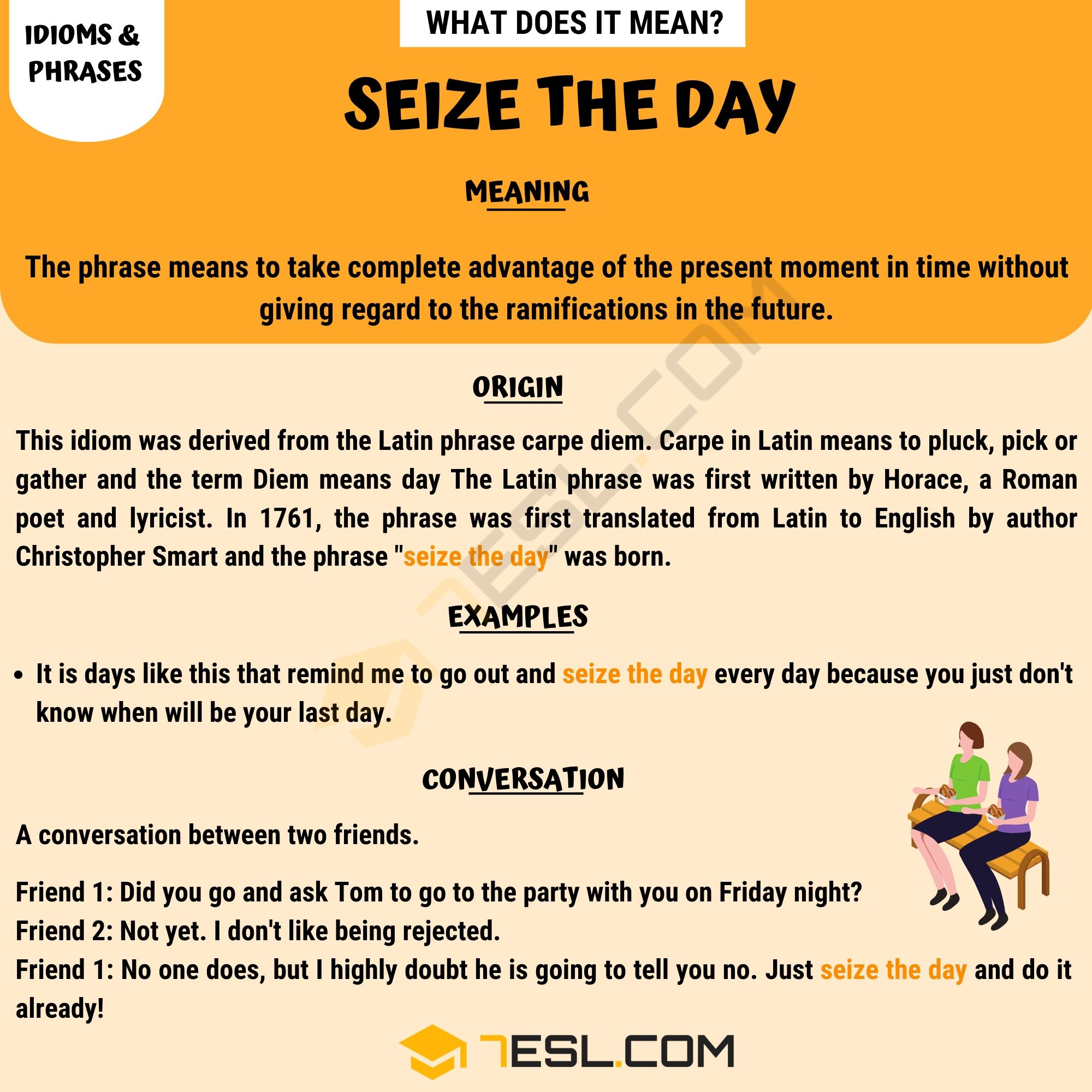