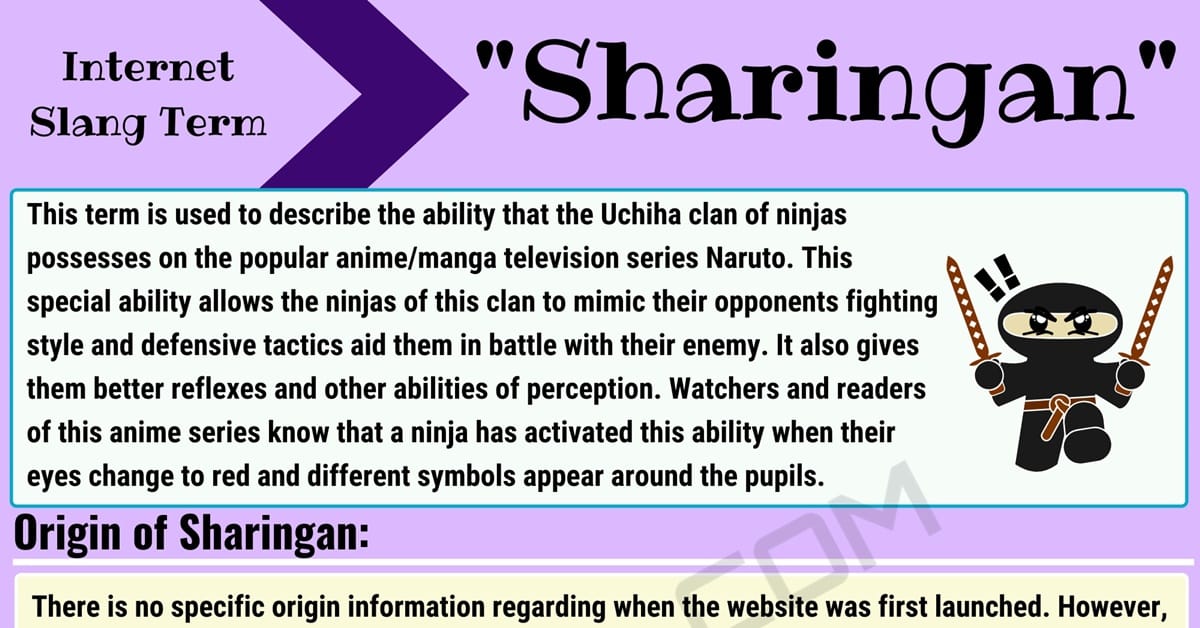 The term “sharingan” is not really a slang term in the traditional sense. While it is an actual word that can be translated from Japanese to English to mean “copy wheel eye,” it defines something of a fictional sense. Here you will find the meaning of this online slang term, the origin of it, and some other meanings that you may find if there are any to be found.

You will also be privy to some example conversations so you can see how this term is used in context and discover more about its meaning. Finally, you will learn some synonyms for this word if it is possible to represent it using other words and still maintain the same meaning.

What Does Sharingan Mean?

This term is used to describe the ability that the Uchiha clan of ninjas possesses on the popular anime/manga television series Naruto. This special ability allows the ninjas of this clan to mimic their opponents fighting style and defensive tactics aid them in battle with their enemy. It also gives them better reflexes and other abilities of perception. Watchers and readers of this anime series know that a ninja has activated this ability when their eyes change to red and different symbols appear around the pupils.

This term was not used until the origin of the Naruto series. It was first mentioned in the anime comics before being mentioned on the television series. However, the series and the term did not become well-known until it premiered in America in 2005. After popularity of the series rose, it developed a huge fan base where people discuss this term and the abilities that come with it, often wishing they possessed the abilities for themselves.

A conversation among two friends via text message.

While this is a made up term, it is the official title given to something that is extremely well-known. Therefore, it is impossible to use synonyms for this term because there are no other terms that would mean exactly the same thing and represent this term in the same fashion. 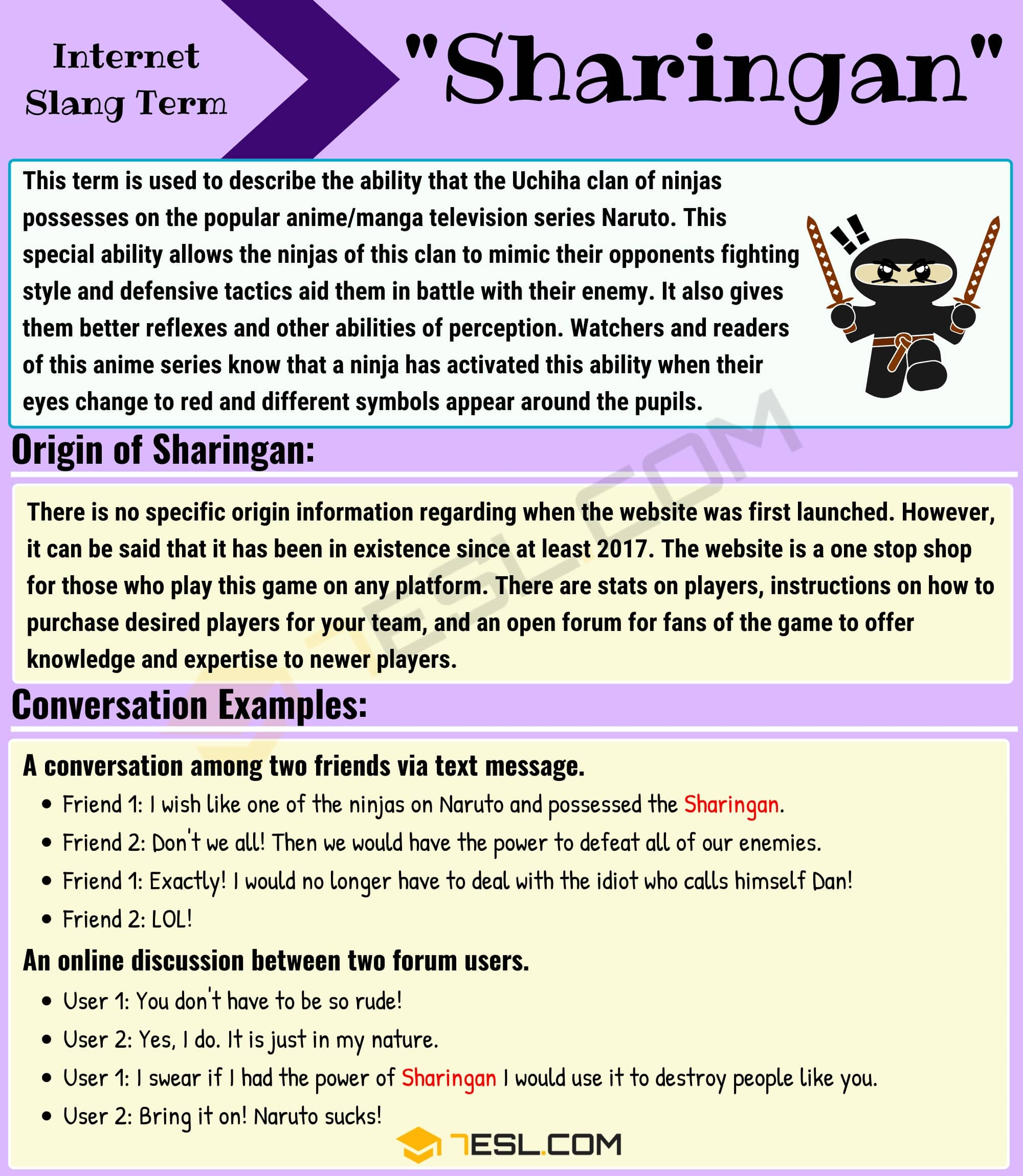 I did not expect to see term “sharingan” here XD

Someone called me a “gaslighting Sharingan” when I said I had been fired from a job because I suck at that job. I don’t understand his reference in the above context-?