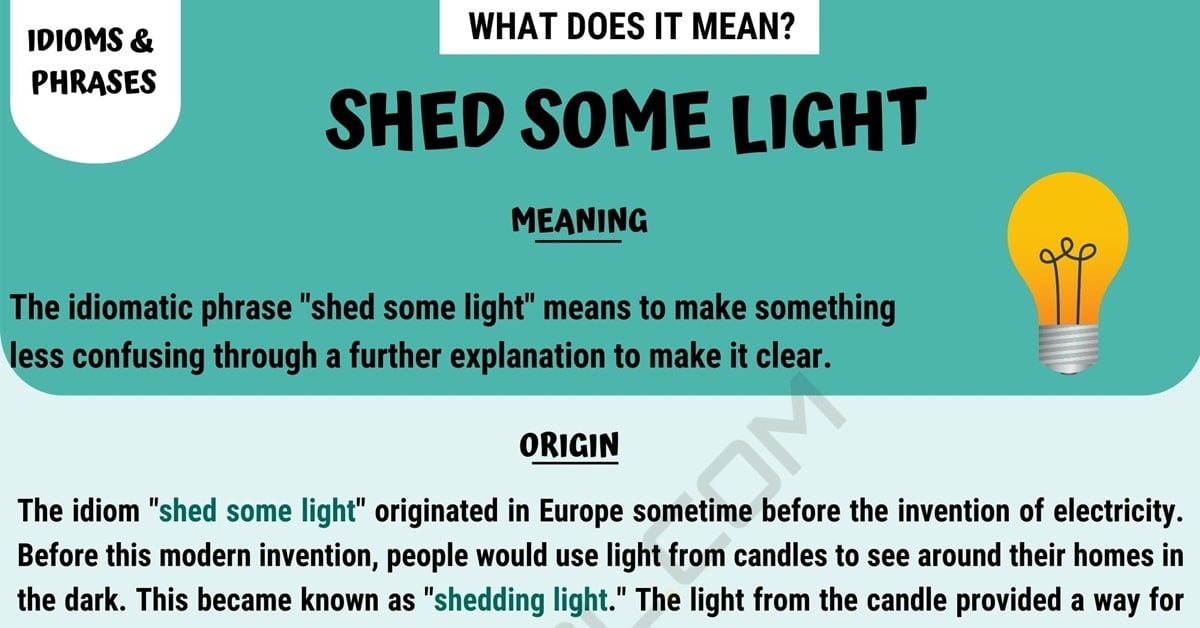 What does “Shed Some Light” mean? The English idiomatic saying “shred some light” may be a phrase that you encounter often in everyday conversation and writing. Here you will find the meaning of this phrase and the information regarding its origin. You will also find examples of how to properly use this phrase in conversations/statements and discover some alternative ways you can say this phrase while still conveying the same meaning.

The idiomatic phrase “shed some light” means to make something less confusing through a further explanation to make it clear.

The idiom “shed some light” originated in Europe sometime before the invention of electricity. Before this modern invention, people would use light from candles to see around their homes in the dark. This became known as “shedding light.” The light from the candle provided a way for them to see clearly in the dark. The phrase was generalized later to include the meaning of making any situation clear or well defined.

A statement made by a local police officer after apprehending and a suspicious person.

A conversation between a teacher and his student.

Other Ways to Say “Shed Some Light”

Like all idiomatic phrases, there are several different ways to say “shed some light” and still convey the same meaning. Other ways you can say this phrase include: 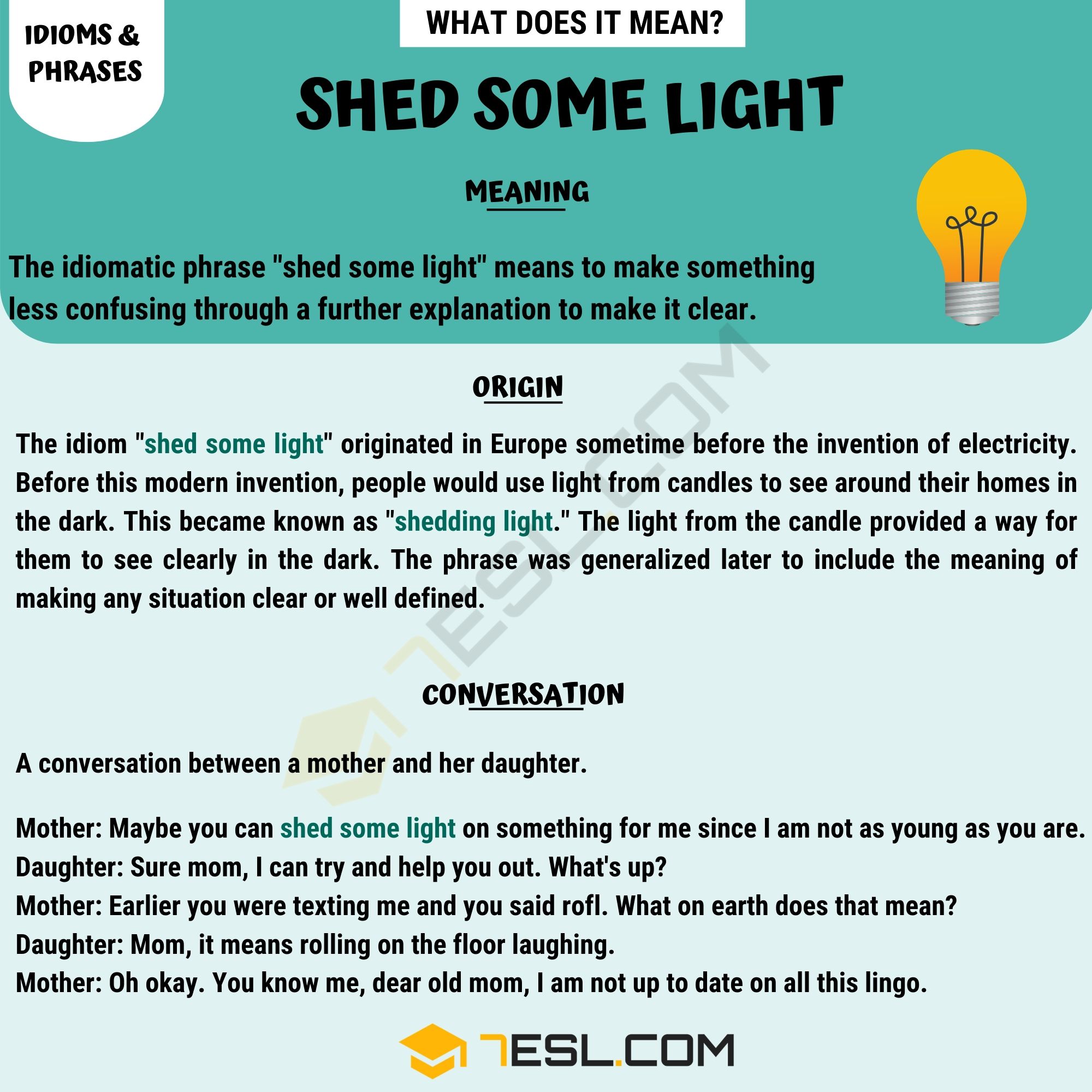