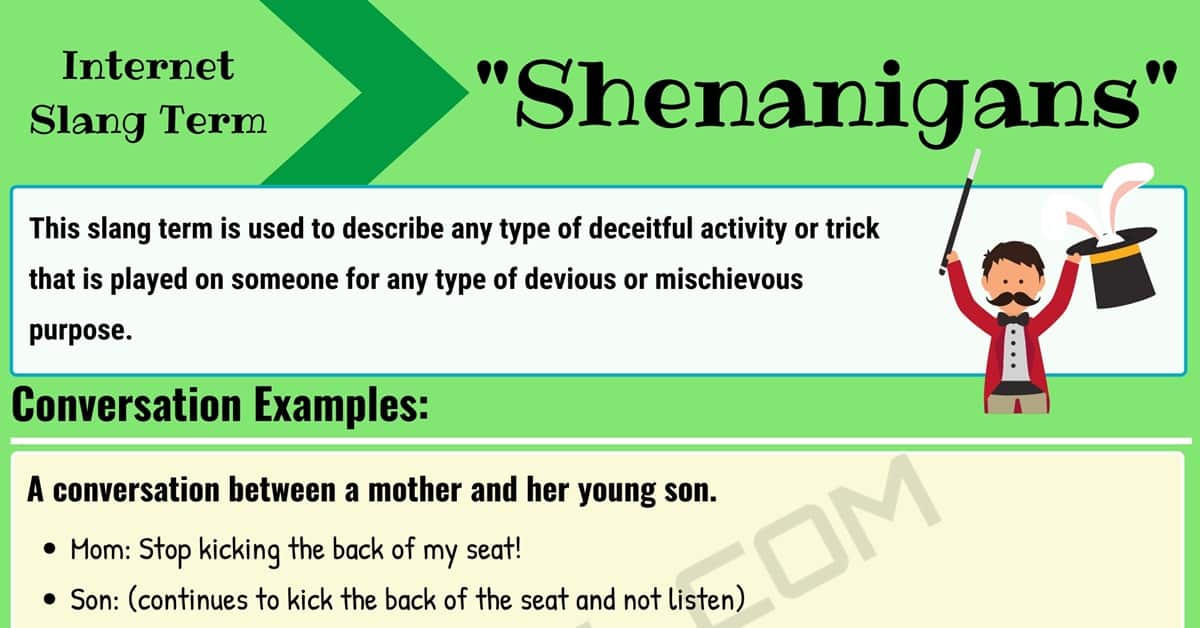 Many people think the term “shenanigans” is an Irish word, but it actually isn’t despite how it sounds. Here you will find the meaning of this slang term, along with details regarding its origin, and other meanings if there any to be found.

Example conversations are also provided here for your convenience so that you can have a visual representation of how the term is used in proper context. Finally, you will learn some synonyms you can use in place of this term during a conversation that will not change its meaning.

What Does Shenanigans Mean?

This slang term is used to describe any type of deceitful activity or trick that is played on someone for any type of devious or mischievous purpose.

The origin of this slang term is unknown. The only information that is known about the term is that it was first used sometime in the mid 19th-century.

This term used to the name of a national restaurant chain, but they are currently out of business. Other than that, there are currently no other known meanings of this slang term.

A conversation between a mother and her young son. 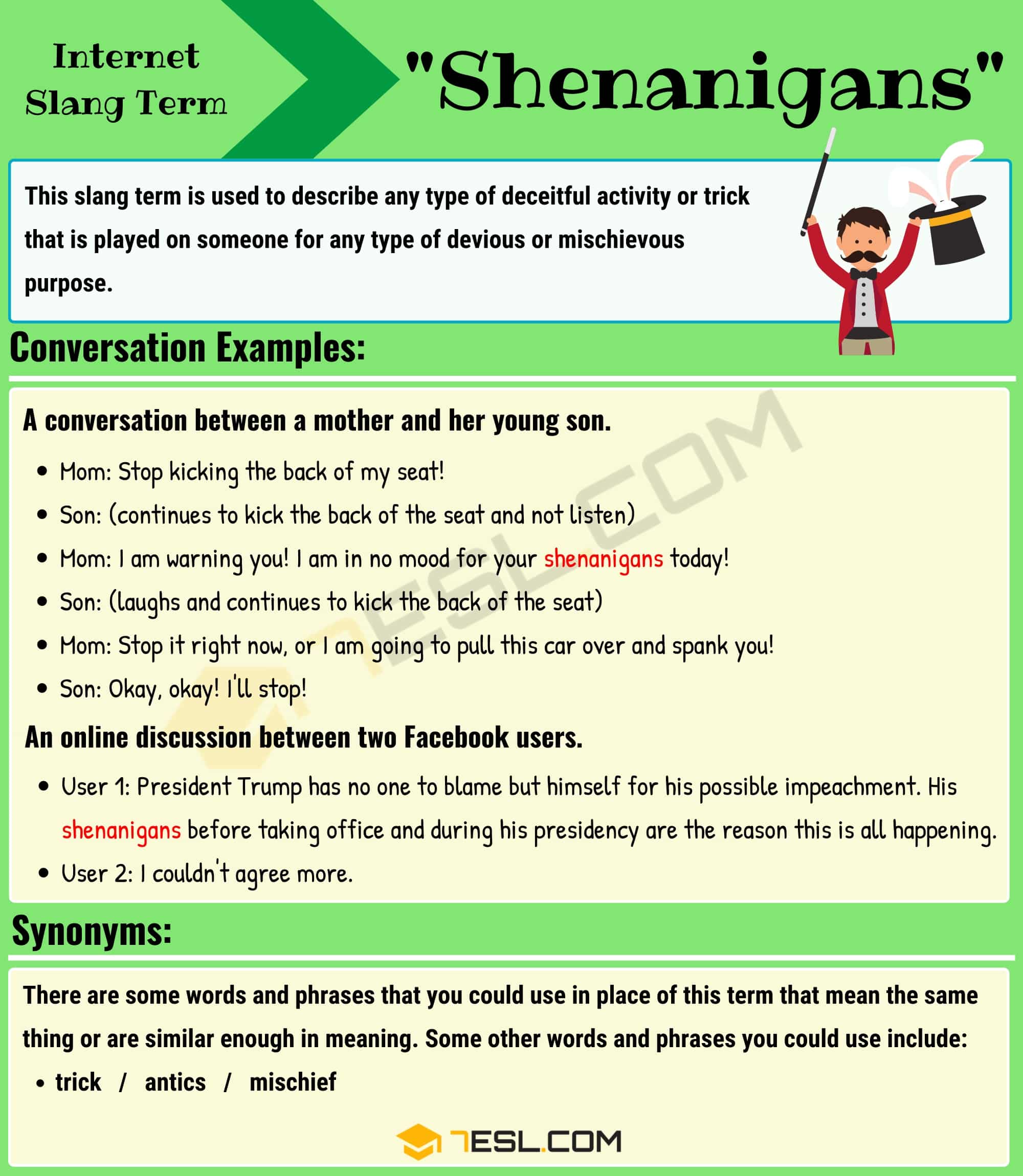