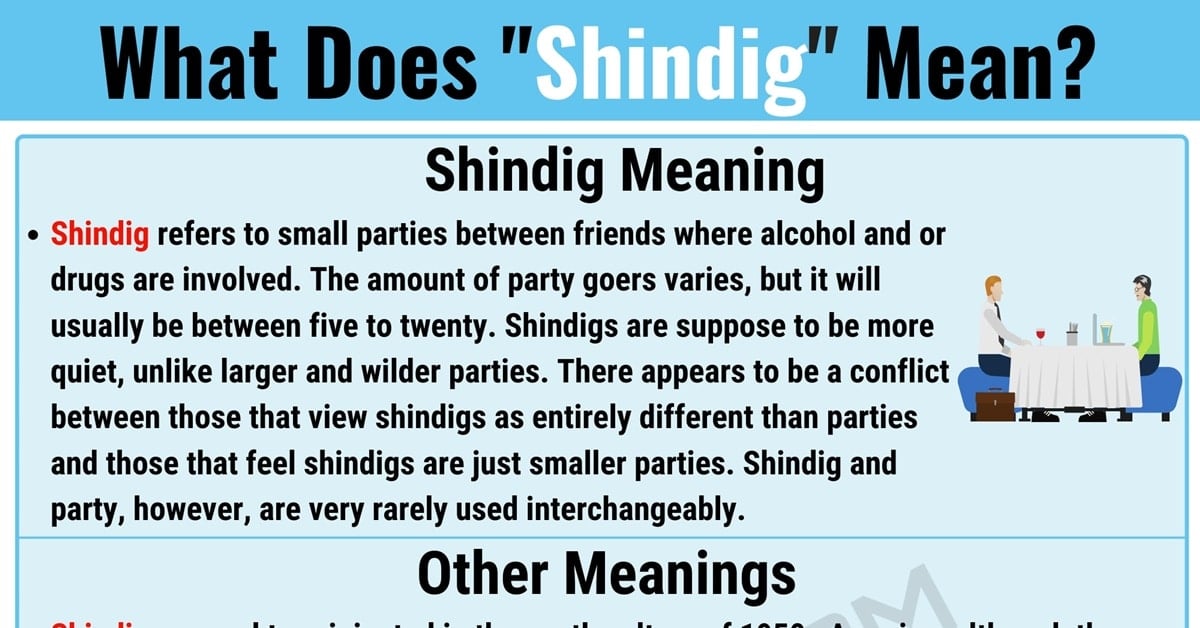 Shindig is a slang word relating to gathering of friends. Here you will find the meaning of this slang term and some information about its origin. You will also find other meanings for the word if any exists, as well as some examples of the word properly used in conversation. Finally, you will see some other ways you could say this slang term.

What Does Shindig Mean?

Shindig refers to small parties between friends where alcohol and or drugs are involved. The amount of party goers varies, but it will usually be between five to twenty. Shindigs are suppose to be more quiet, unlike larger and wilder parties. There appears to be a conflict between those that view shindigs as entirely different than parties and those that feel shindigs are just smaller parties. Shindig and party, however, are very rarely used interchangeably.

Shindig seemed to originated in the youth culture of 1950s America, although the word might have appeared as early as the 1920s or 1930s. The word didn’t see much prominence online until the 2000s and the rise of text messages. Among the younger generations, shindigs would refer to smaller parties while parties would refer to larger gatherings. The apparent mindset is parents wouldn’t think negatively of shindigs compared to parties.

Shindig can be spelled as “shin dig”. Beyond that, there is no other variants. 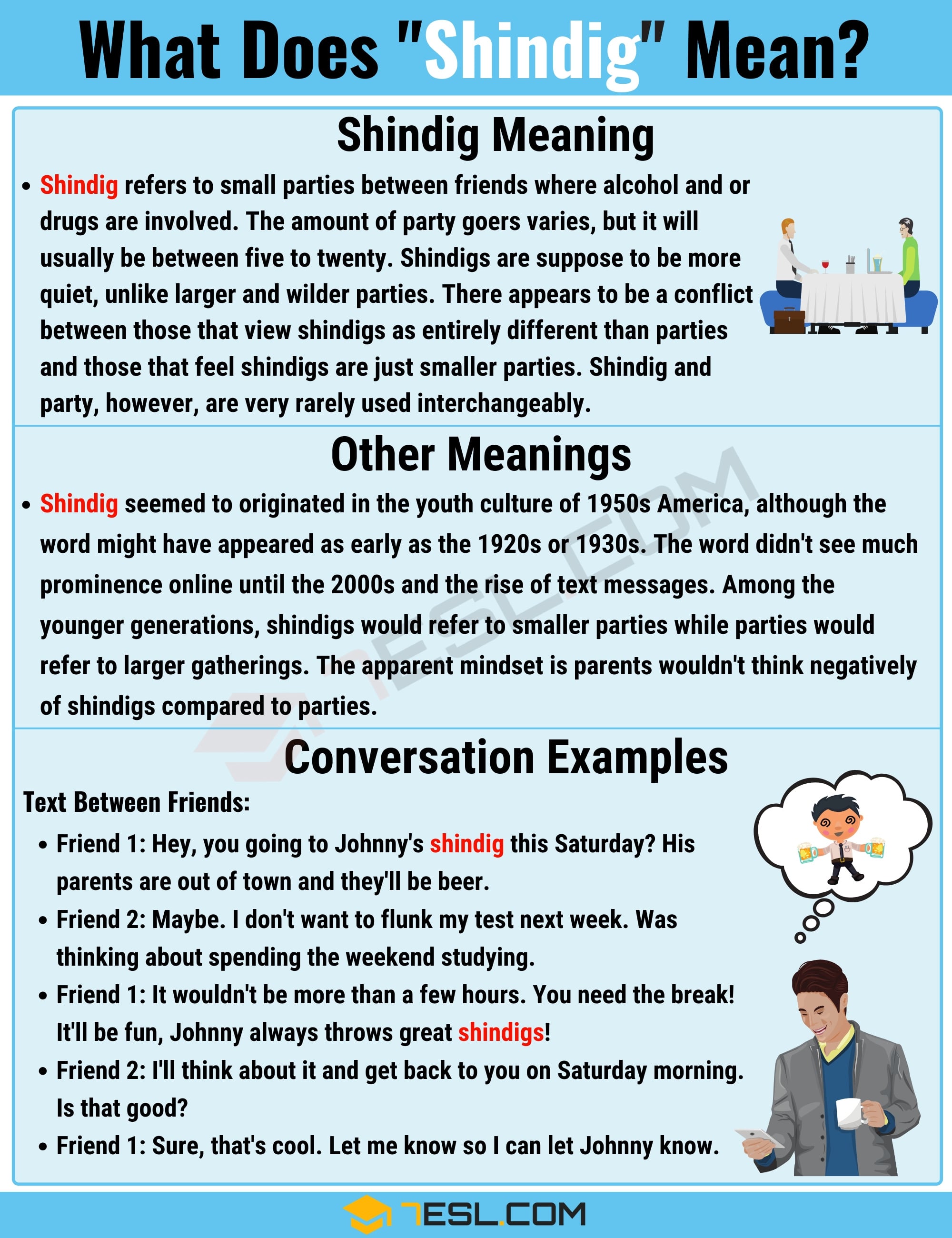