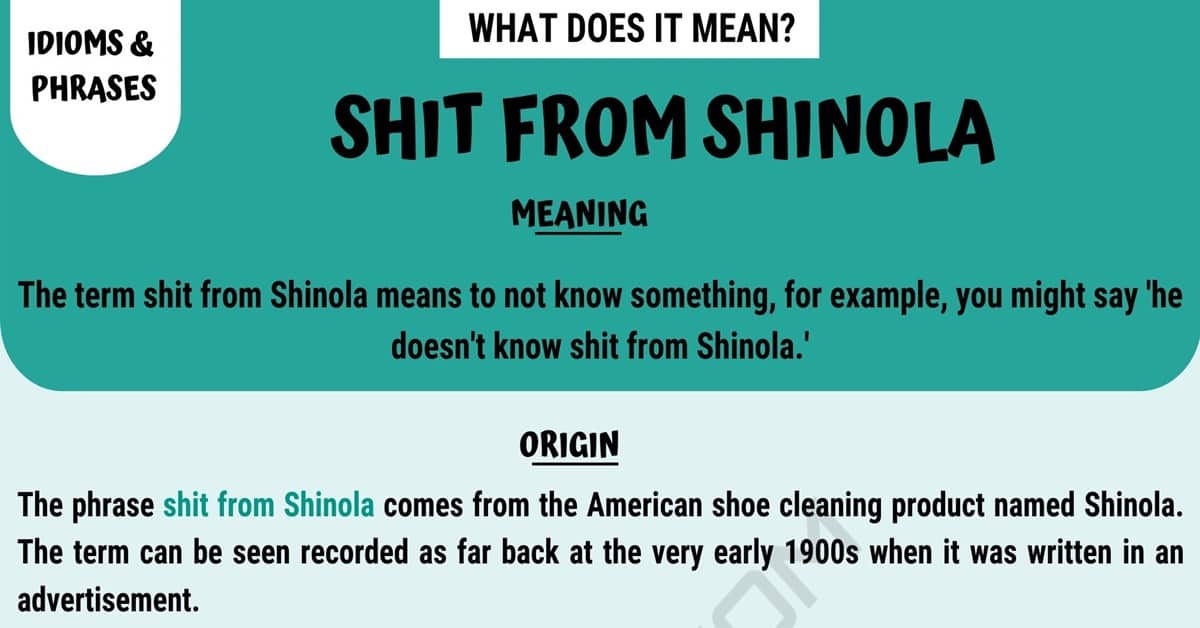 Have you ever heard someone use the term shit from Shinola? If you have, you might have wondered what the phrase means. We are going to take a look at the meaning of this term as well as looking at some examples of how it can be used in a conversation. We will also find out a little bit about the history of the phrase and where it first came from.

The phrase shit from Shinola comes from the American shoe cleaning product named Shinola. The term can be seen recorded as far back at the very early 1900s when it was written in an advertisement.

There might be many times in which you hear the term shit from Shinola, here are some examples of sentences in which we see the phrase appear.

The next statement is being made from one friend to another.

If you are curious to see how the term shit from Shinola can work in a day to day conversation, we are now going to look at some examples of what you might hear.

The first is a conversation between two friends.

The next is a conversation which is taking place between a boss and his employee.

Other Ways to Say “Shit from Shinola”

There are other ways in which you can say the term shit from Shinola by using different words. Here are some examples of things you might say which carry the same meaning. 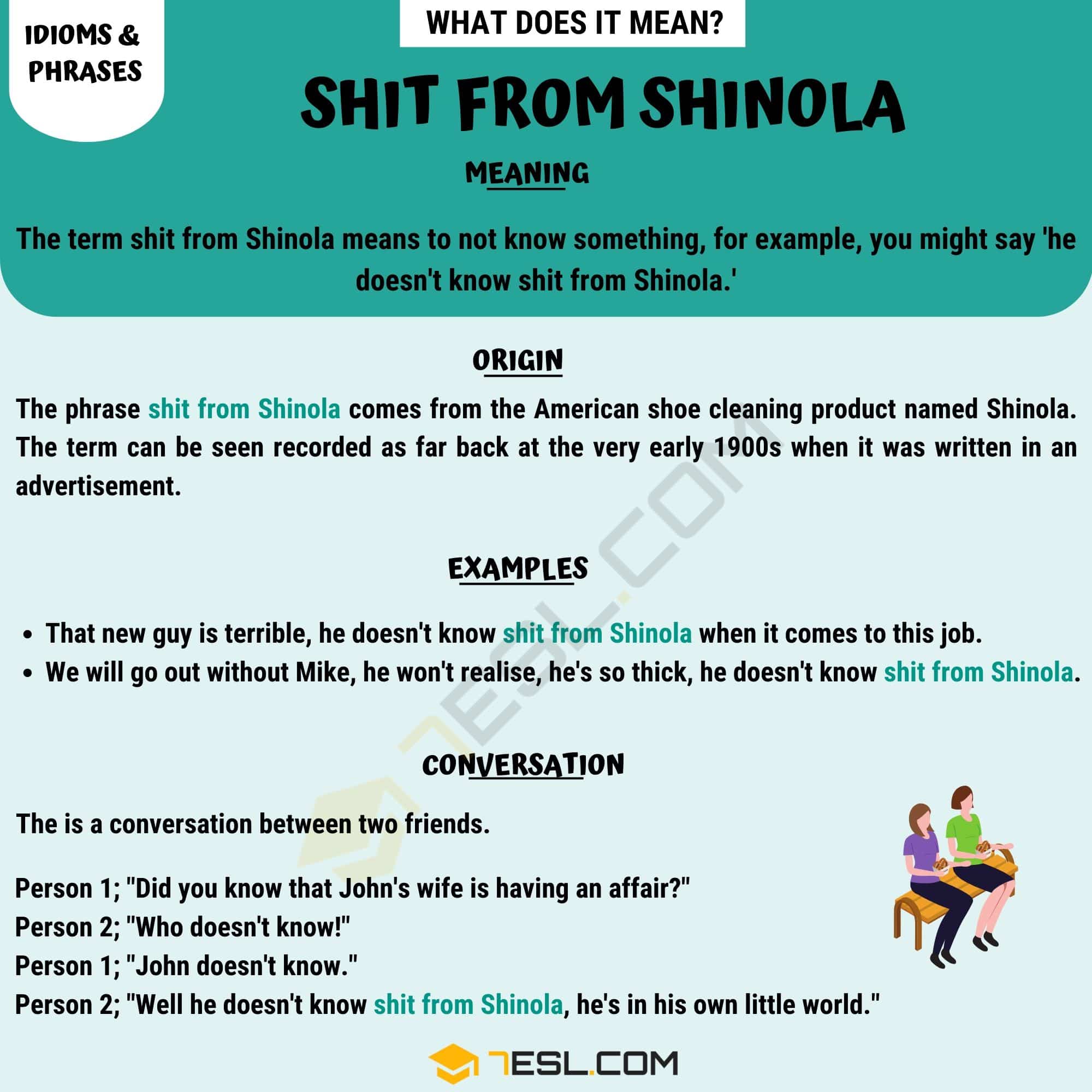 I would like to know where the term first originated (in what part of the U.S.–the north or the south). I live in Virginia and it was a common line my father used. The Shinola watches are made in Detroit. Did they also make the shoe polish. I would love to see the ad that might have contained the term.

My dad always said this term

For I, the term from “s**t to shinola” has the same meaning as when life gives you lemons, you make lemonade. I take the s**t (negative aspects of life and turn them into constructive aspects that benefit me and or my situation.) That’s what the term “s**t to shinola means to I.
-Peace Supreme