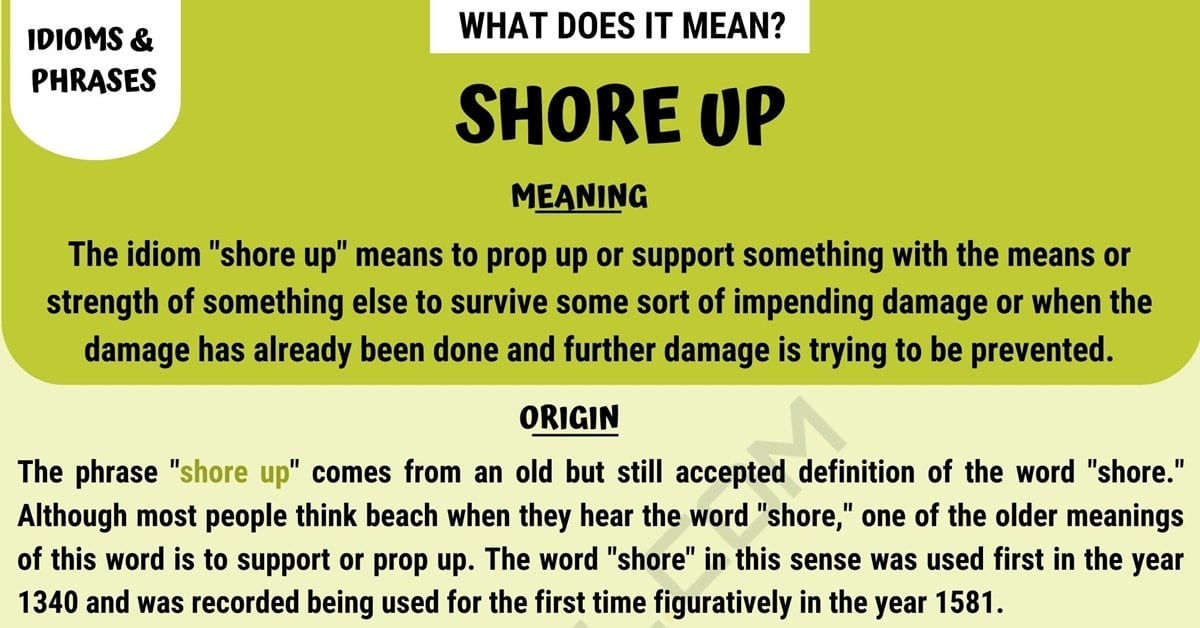 “Shore up” is an idiomatic phrase that you may come across quite often in conversation and writing. If you are thinking this phrase has something to do with the beach, then keep reading on to learn why it doesn’t. Here you will find the real meaning of the phrase “shore up” and will gain some further knowledge by reading about its origin. You will also see the phrase used in some example sentences and conversations to help you better understand and use the phrase correctly for yourself. Finally, you will explore some suggested alternative words and phrases to use in place of the phrase “shore up” that relate the same meaning.

The idiom “shore up” means to prop up or support something with the means or strength of something else to survive some sort of impending damage or when the damage has already been done and further damage is trying to be prevented.

The phrase “shore up” comes from an old but still accepted definition of the word “shore.” Although most people think beach when they hear the word “shore,” one of the older meanings of this word is to support or prop up. The word “shore” in this sense was used first in the year 1340 and was recorded being used for the first time figuratively in the year 1581.

Alternatives to “Shore Up”

There are several words that you could use in place of the phrase “shore up” to convey the same meaning. Some of these include: 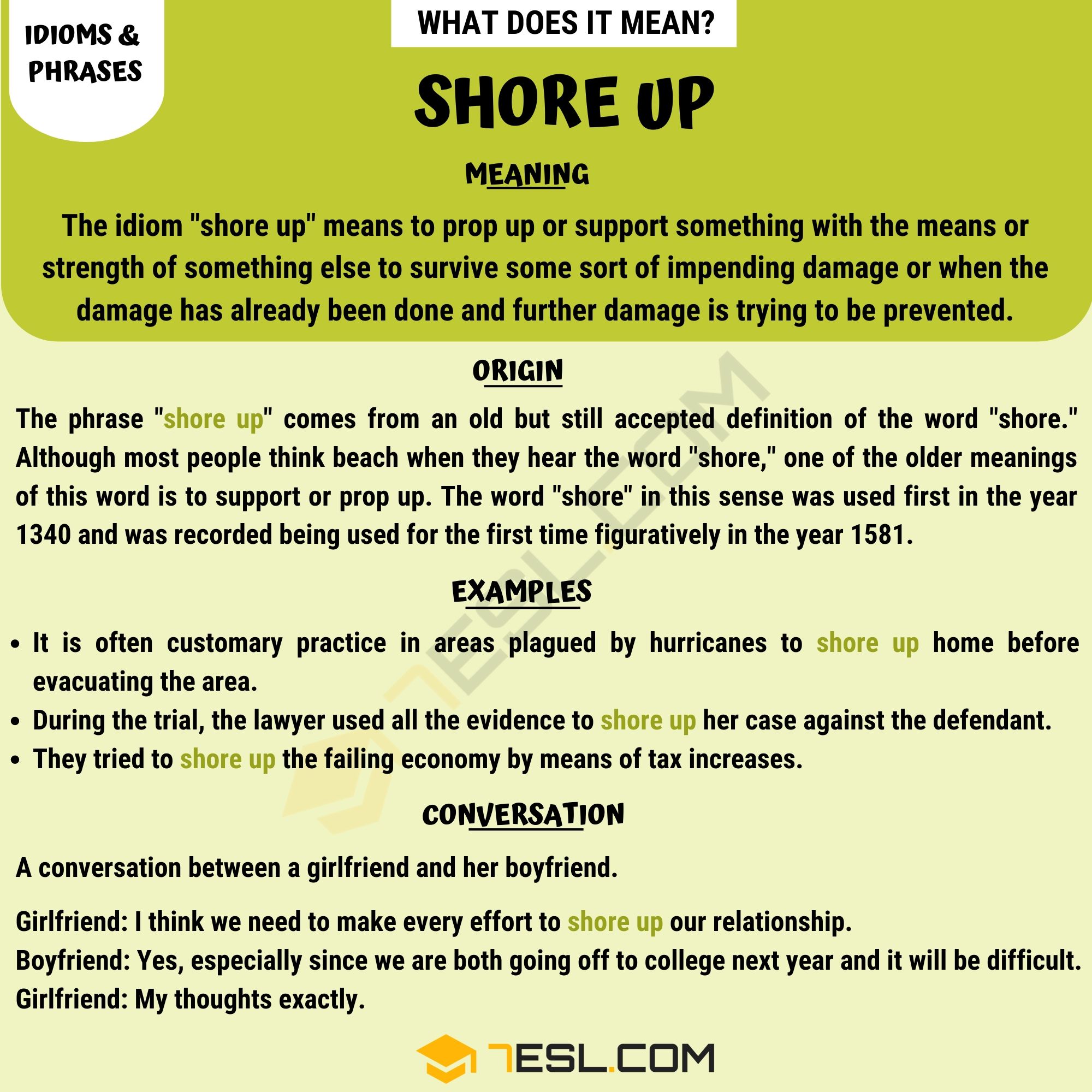