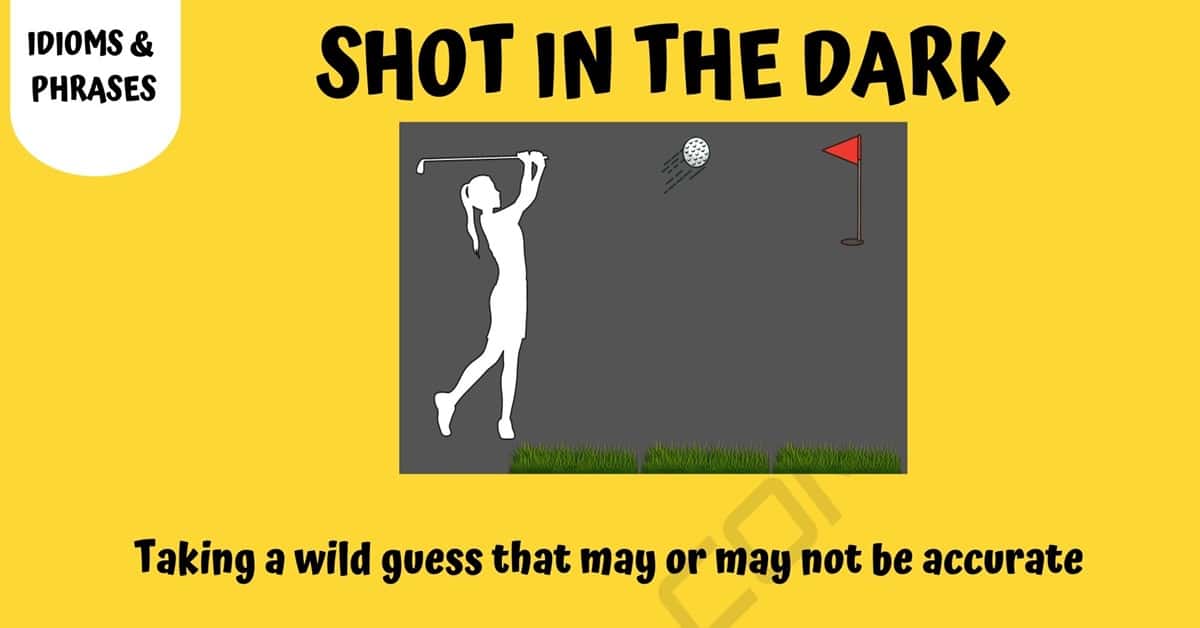 Shot In The Dark

Shot In The Dark Meaning

The meaning of the idiomatic phrase “shot in the dark” means taking a wild guess that may or may not be accurate.

This idiom originated from the word shot meaning to attempt to complete a task. The word shot has been used in this sense since 1841. It was not until 1895 that the entire phrase “shot in the dark” was used in a piece of writing titled The Saturday Review by George Bernard Shaw. The phrase was meant to signify the act of shooting and aiming for something in the dark. Doing this is taking a chance that you will hit a target that you cannot see.

“Shot In The Dark” Examples

A statement made by a celebrity in an interview by a well-known entertainment magazine.

A statement made by a politician on the campaign trail.

A conversation between a teacher and one of his students.

Other Ways to Say “Shot In The Dark”

Shot In The Dark Meaning | Image 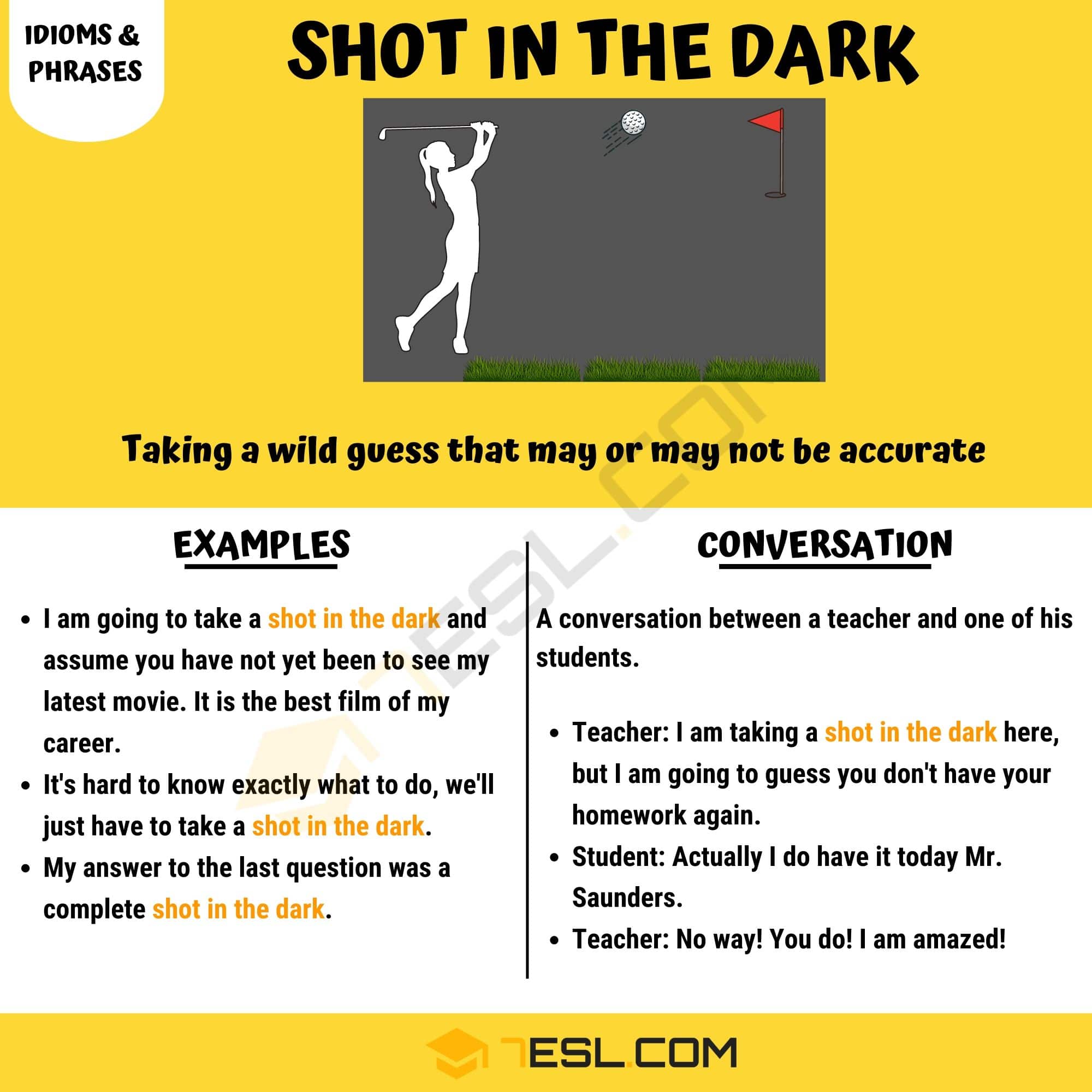