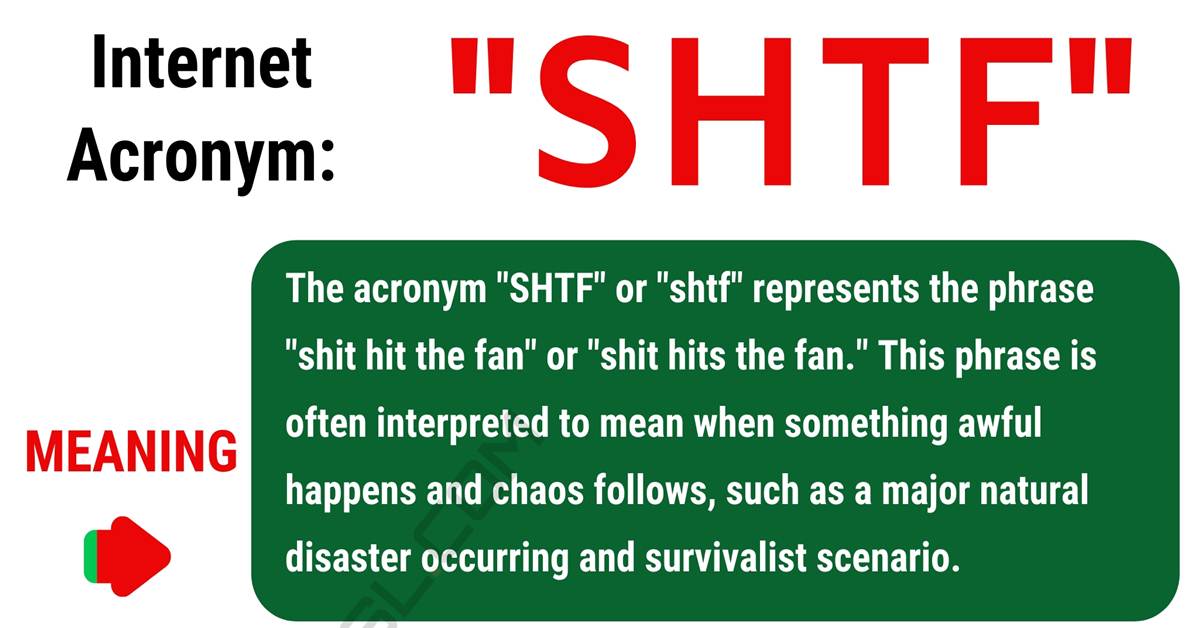 “SHTF” is an acronym that is used online for messaging and is used in a lot of text messaging also. All the acronyms that are used today can be difficult to keep track of, so if you have come across this one and need an explanation, then read on! Here you will find the meaning of this acronym, the information regarding its origin, and some other meanings that exist if there are any. You will also see some example conversations to help you better comprehend how the term is used in conversation and, finally, you will see some words or phrases you can use instead of this acronym to convey the same thought.

What Does SHTF Mean?

The acronym “SHTF” represents the phrase “shit hit the fan” or “shit hits the fan.” This phrase is often interpreted to mean when something awful happens and chaos follows, such as a major natural disaster occurring and survivalist scenario.

Although some information states that the phrase “shit hits the fan” or “shit hit the fan” dates back to the 1930s and originated in the military, the first known written record of the phrase that has solid proof occurred in 1948 in a novel by author Norman Mailer titled The Naked and the Dead. However, variations of the phrase were used in years before such as “stuff hits the fan.” Therefore, one can assume this phrase was in use well before it made an appearance in Mailer’s novel, but one cannot say for sure how long before. With the dawn of the internet and desire to make electronic communication much simpler, faster, and easier came acronyms to represent some of the more widely known phrases that have been used for years such as this one.

There are no other meanings known presently.

There are many other ways to say “SHTF” with phrases you can put in its place to mean the same thing. Some of these alternatives include: 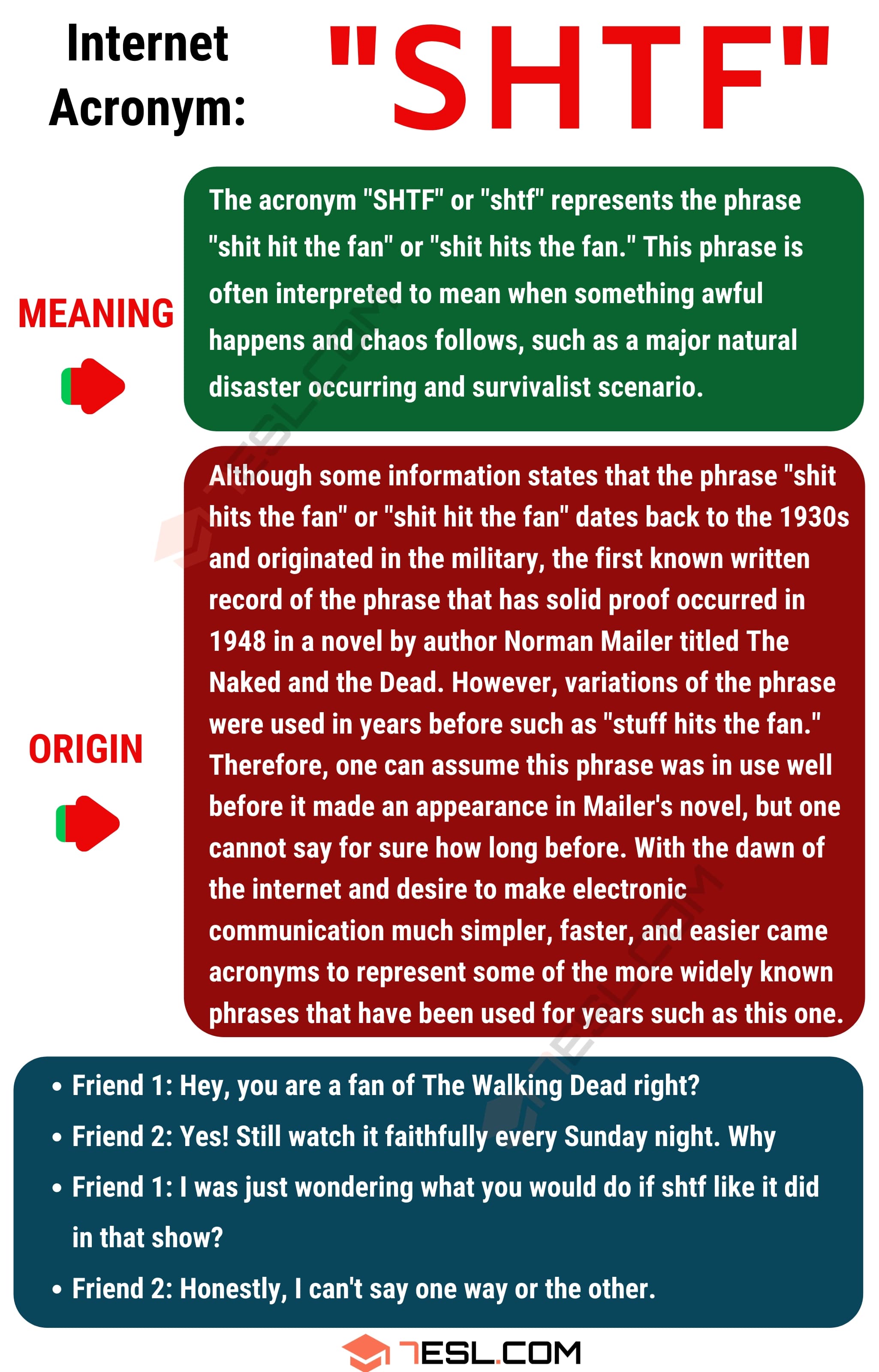