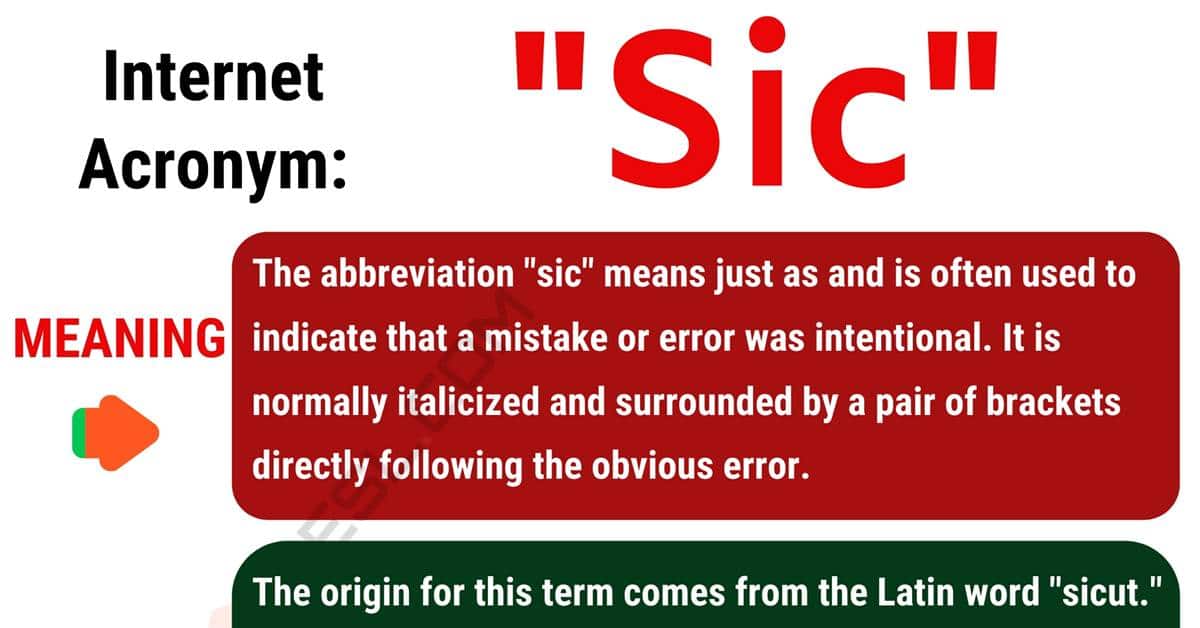 What does “sic” mean? The internet has become a popular place for gaming and all forms of electronic communication. This form of communication combines some old and some new abbreviations, acronyms, and slang as part of everyday conversation. One of these accepted terms is “sic.” Here you will find the meaning of this term and the information about its origin. You will also find other meanings for this term if any exist and see some examples of conversations that will help you to see how this term is used correctly. Finally, you will some suggestions of how you can say this term differently and still convey the same meaning.

What Does “Sic” Mean?

The abbreviation “sic” means just as and is often used to indicate that a mistake or error was intentional. It is normally italicized and surrounded by a pair of brackets directly following the obvious error.

The origin for this term comes from the Latin word “sicut.” This word in Latin means “just as” or “thus.” It was first used to indicate that an error had been made intentionally and kept in its form intentionally in the year 1856. Before the invention of the internet, this abbreviation was used in all forms of writing after a direct quote from another source where the answer existed and could not be changed. The same use continues today and is instead seen in all forms of electronic writing where direct quotes with obvious errors are presented such as online newspapers, magazines, blogs, etc.

This abbreviation has no other meanings that exist.

An online conversation between two players in a game.

The only way to use an alternative to this abbreviation is to state beforehand that you know the direct quote you will be using has obvious errors, but that it was kept intact and without corrections because it is a direct quote and cannot be changed. That alternative would generally be more time consuming which is why most people use this abbreviation for obvious errors when quoting someone or something directly. 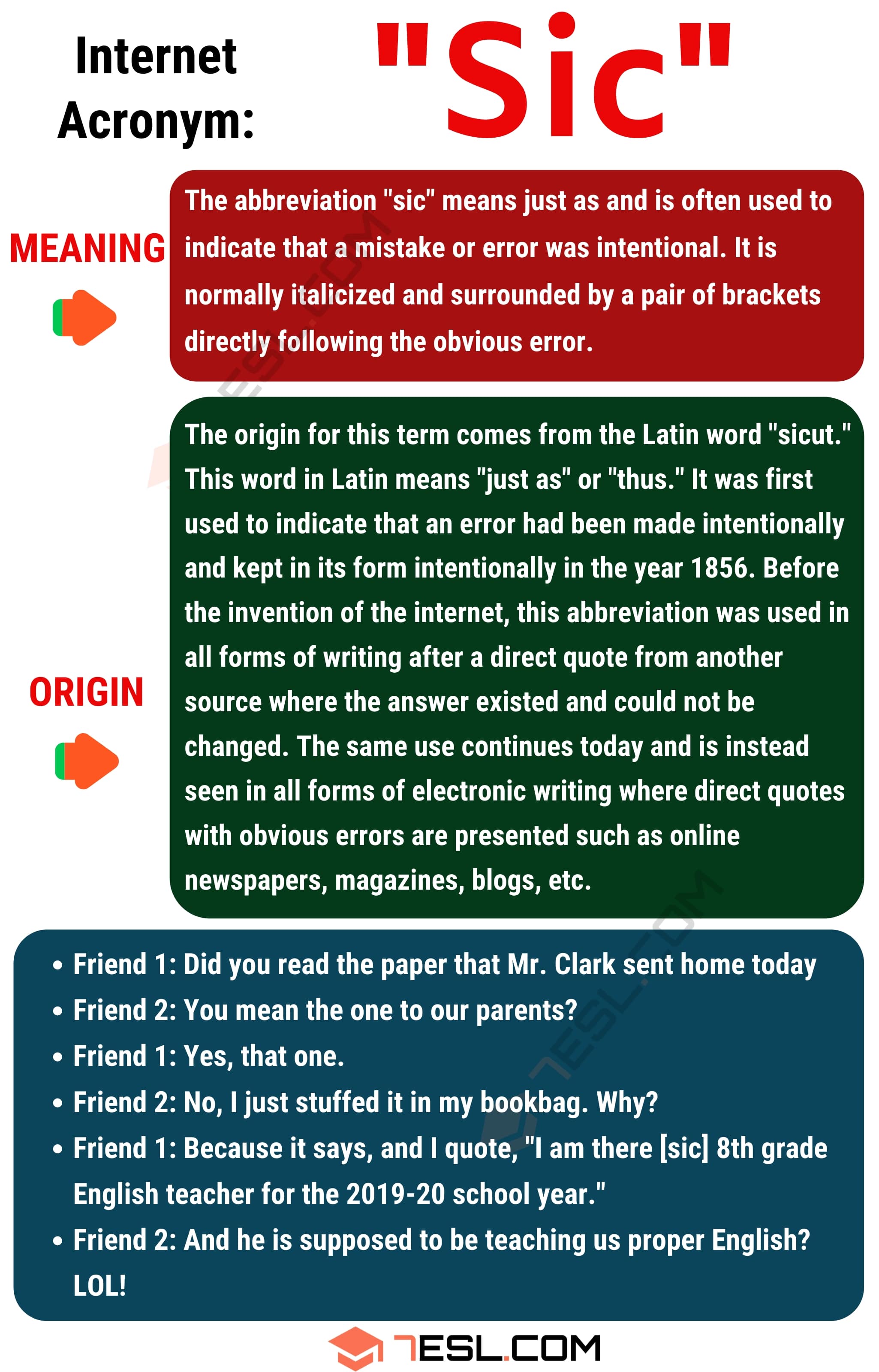