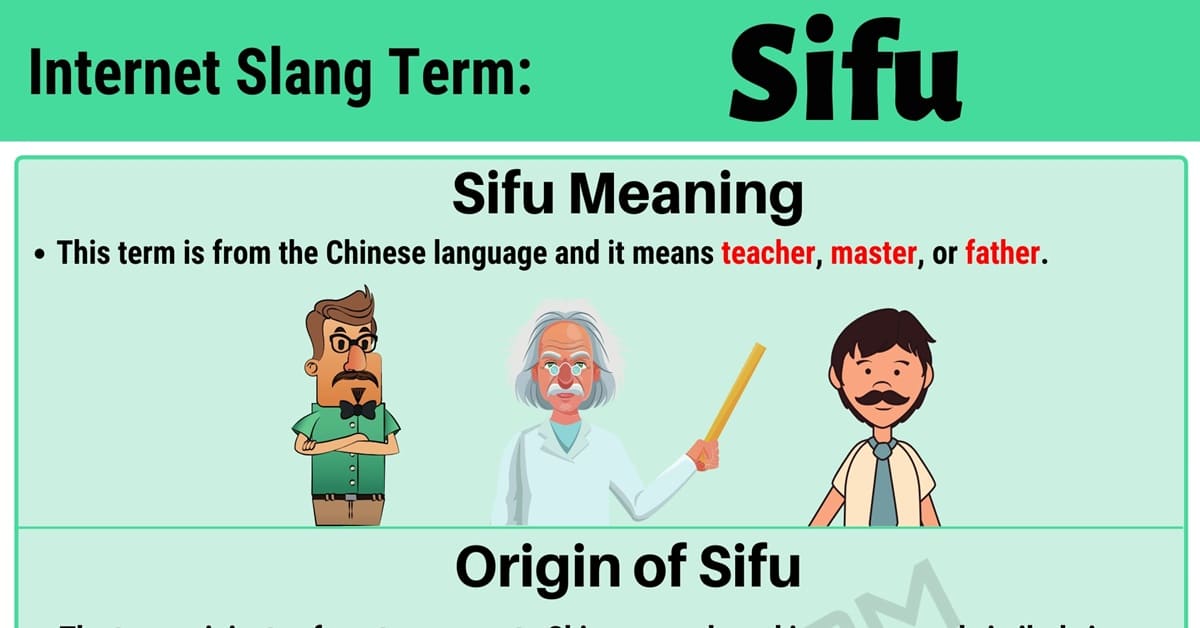 The term “sifu” is not a slang term. Although it may sound like an odd English word, that is only because it originates from another language. Here you will find the meaning of this term and information about its origin. You will also see some other meanings if there are any to be found and some conversation examples that highlight the term’s proper usage for further understanding. Finally, you will discover some synonyms for this term that you can use interchangeably without changing its meaning.

What Does “Sifu” Mean?

This term is from the Chinese language and it means teacher, master, or father.

The term originates from two separate Chinese words and is pronounced similarly in Cantonese and Mandarin. The first word is “si” meaning “master” and the second word is “fu” meaning “my master.” Both of these terms using the word “master” in the sense of meaning “teacher” or “father.” This term is typically used for teachers of martial arts, especially in tai chi and kung fu and is equivalent to the term “sensei” in Japanese. However, it can be used in some other cases as well to denote someone that teaches any type of trade, skill, life lesson, etc.

There are currently no other meanings that can be found for this term. 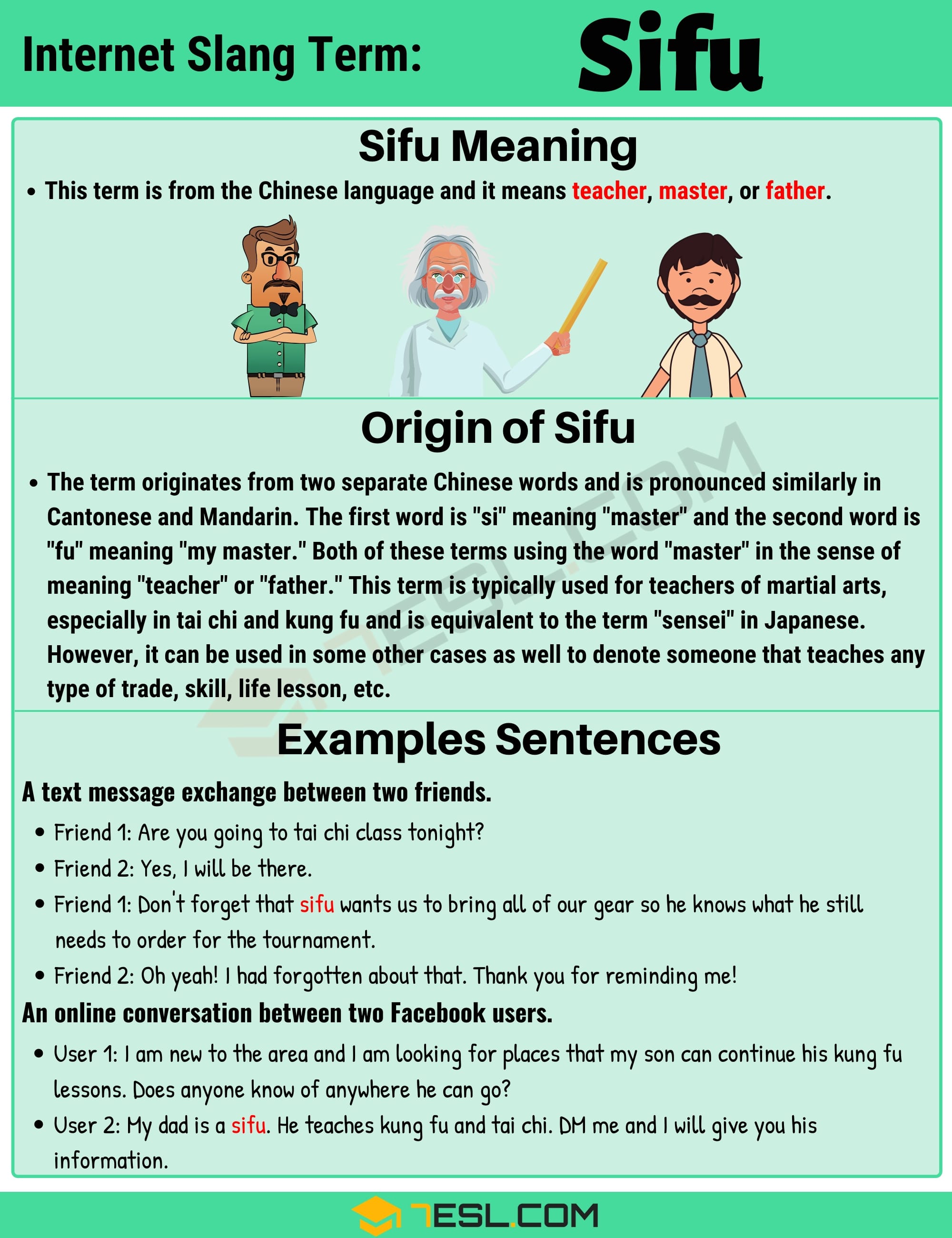