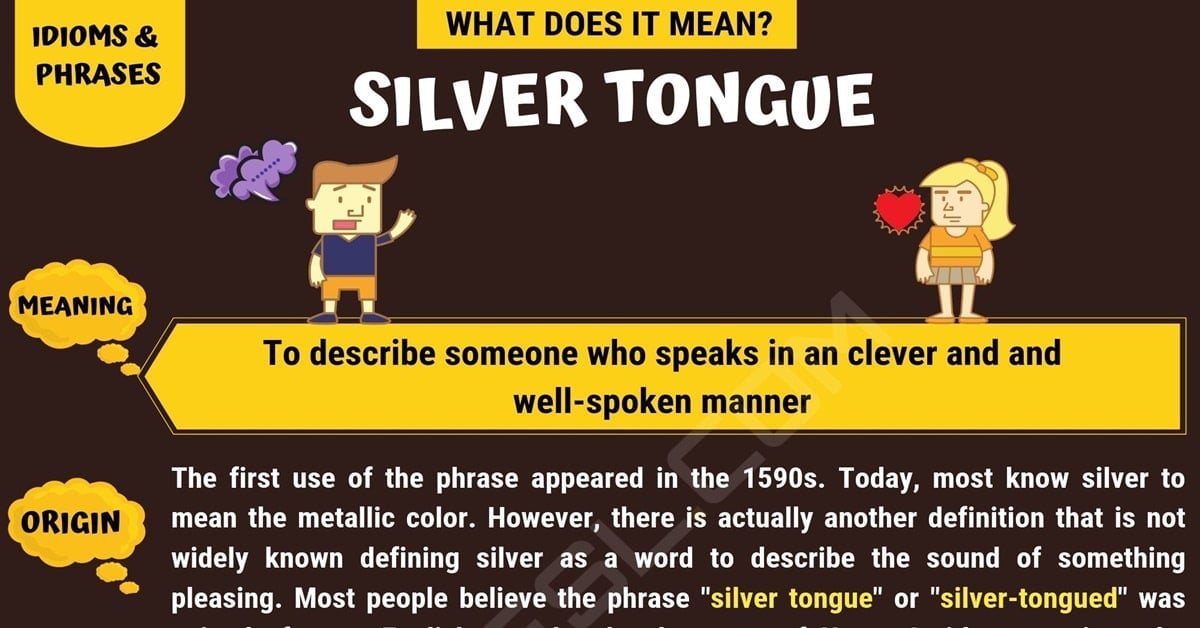 What does the idiom “Silver Tongue” Mean? An idiom is a phrase of figurative language that is often used during informal conversation. It is meant to convey a meaning of a thought or feeling without being taken literally. Idioms have been used in the English language for many years. “Silver tongue” is a popular idiom still used today. Here you will find the meaning of the phrase, details on its origin, examples of the phrase used in conversation/statements and other ways to say the same thing in literal terms.

“Silver tongue” or “silver-tongued” is during conversation to describe someone who speaks in an clever and and well-spoken manner.

The first use of the phrase appeared in the 1590s. Today, most know silver to mean the metallic color. However, there is actually another definition that is not widely known defining silver as a word to describe the sound of something pleasing. Most people believe the phrase “silver tongue” or “silver-tongued” was coined after an English preacher by the name of Henry Smithe was given the nickname of “Silver Tongued” Smith. Although this seems a feasible origin, there are others who believe that the term comes from the Old Testament of the Bible from the book of Proverbs, chapter 10, verse 20, which states “The tongue of the righteous is as choice as silver…”

A news reporter doing a report on a local car salesman.

A statement made in the local paper from a concerned citizen being interviewed.

A conversation between between husband and wife.

Other Ways to Say “Silver Tongue”

As is typically the case with all idioms, there are many other ways to say this phrase in literal terms. Some of the different ways to convey the same meaning are by saying he/she speaks well, he/she speaks very eloquently or he/she is very persuasive.

What does “Silver Tongue” Mean? | Image 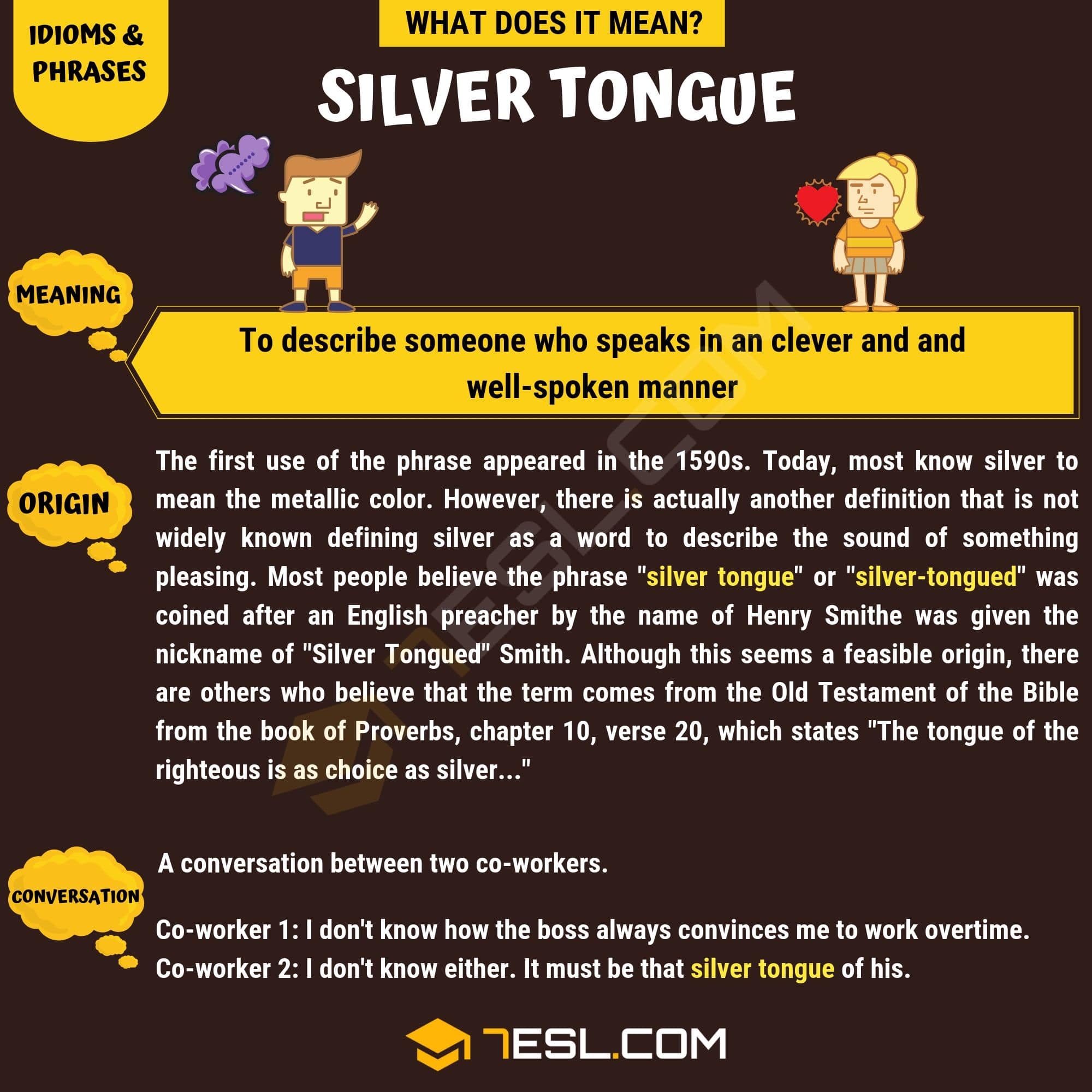