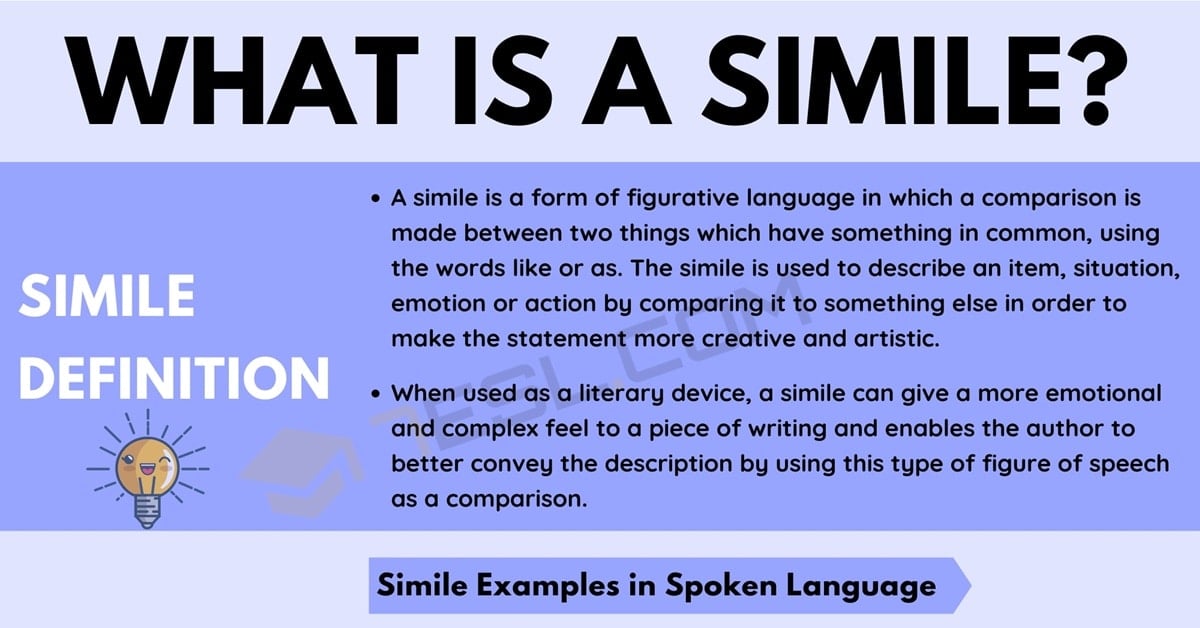 A simile is something which is used regularly in both written text and spoken language in the English language. But what exactly is a simile and how is it used? We are going to take a look at the answers to both these questions over the course of this article. We will also take a look at many examples of similes being used in both the form of day to day conversation and as a literary device.

A simile is a form of figurative language in which a comparison is made between two things which have something in common, using the words like or as. The simile is used to describe an item, situation, emotion or action by comparing it to something else in order to make the statement more creative and artistic.

When used as a literary device, a simile can give a more emotional and complex feel to a piece of writing and enables the author to better convey the description by using this type of figure of speech as a comparison.

Examples of Simile in Spoken Language

When taking part in or listening to everyday conversations in English, you are likely to come across the use of simile many times. With this being by far the most common form of figurative language, it is used in many situations. We are now going to take a look at how a simile is used during spoken conversation.

Examples of Simile in Literature

When writing, authors will often use a simile to make a more vivid description of something. We will now take a look at some examples of times that a simile has been used as a literary device, whether that be in stories, song, poetry or otherwise.

In this article, we have looked more closely at the use of simile in both written and spoken English. We have learnt that this is a form of figurative language which makes a comparison between two things using the words like or as. This type of comparison adds a more vivid flair to a description and is a popular form of literary device due to it’s ability to convey a more emotional description of something. 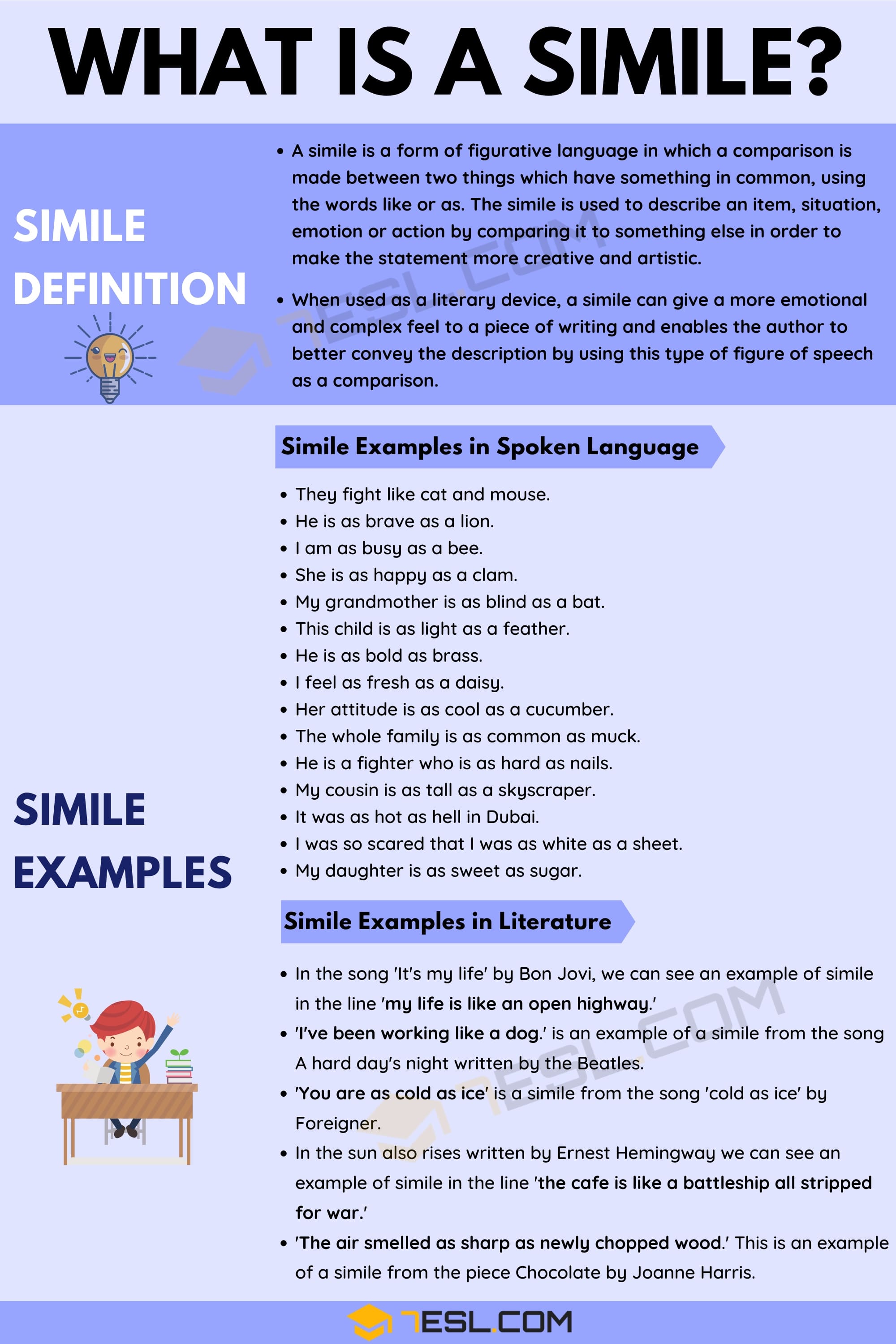 I know that similis are comparisons using “like” or “as”.
For example:
My dog is as cute as a button!

i have learned simile and metaphor

i know similis are comparison using like or as

that actually helped thank you so much

hello, what does pope mean?