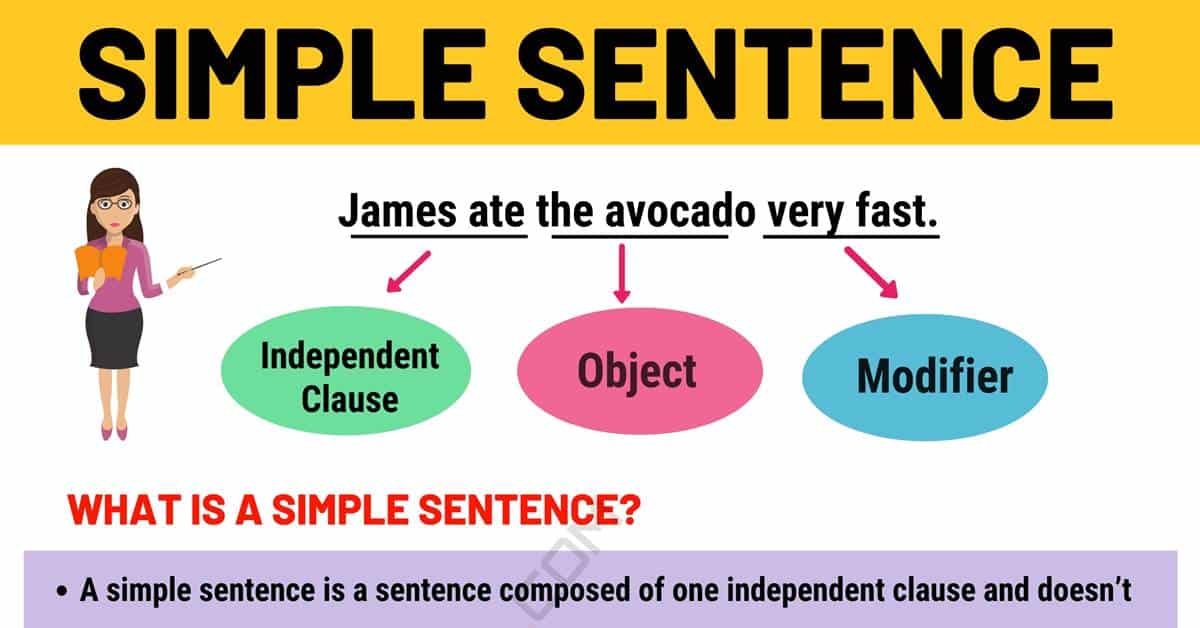 This article provides the definition, types of simple sentences and useful examples with ESL infographics for English learners. You will also find different elements of a simple sentence in English grammar.

What is a simple sentence?

A simple sentence is a sentence composed of one independent clause and doesn’t contain any depend or subordinate clauses. Like any other sentence, it has a subject and a predicate, and it is intended to express a complete thought.

A simple sentence is also referred to as a clausal sentence. In addition to the subject, verb, and object, a simple sentence may also have a modifier. A simple sentence, even though it is simple, may contain compound verbs and subjects at times. There may be the use of commas, but the construction of the sentence remains simple. An example of this might be:

The primary component of a simple sentence is an independent clause, even though there are times when it can contain other words such as objects and modifiers.

Objects are words which verbs or preposition exert their action on in a sentence to express a complete thought. An object can either be a noun or a pronoun that answers questions “what,” “where,” “who,” and “when?”.

Objects are meant to make sentences more meaningful than they would have been in their absence.

A modifier can be an adjective or an adverb that is used to transform other words in a sentence to make them more descriptive. They bring clarity to an idea being expressed in a sentence. An example of this might be:

Modifiers, in this case, makes the sentence more meaningful.

Following are some examples of the simple sentence:

There are two forms of simple sentences. Based on the structure, they include:

This kind of simple sentence comprises of a single verb and a single subject. Examples of this include:

A simple sentence being one of the four basic sentence structures acts as a simple statement. It’s no different from a means of communication as it adds relevant information to the prevailing thoughts of the speaker as well as the listener. In most cases, writers and speakers use it as a proverb. A simple sentence improves understanding, accuracy, and the flow of information by using a reduced number of words in a short and precise way. 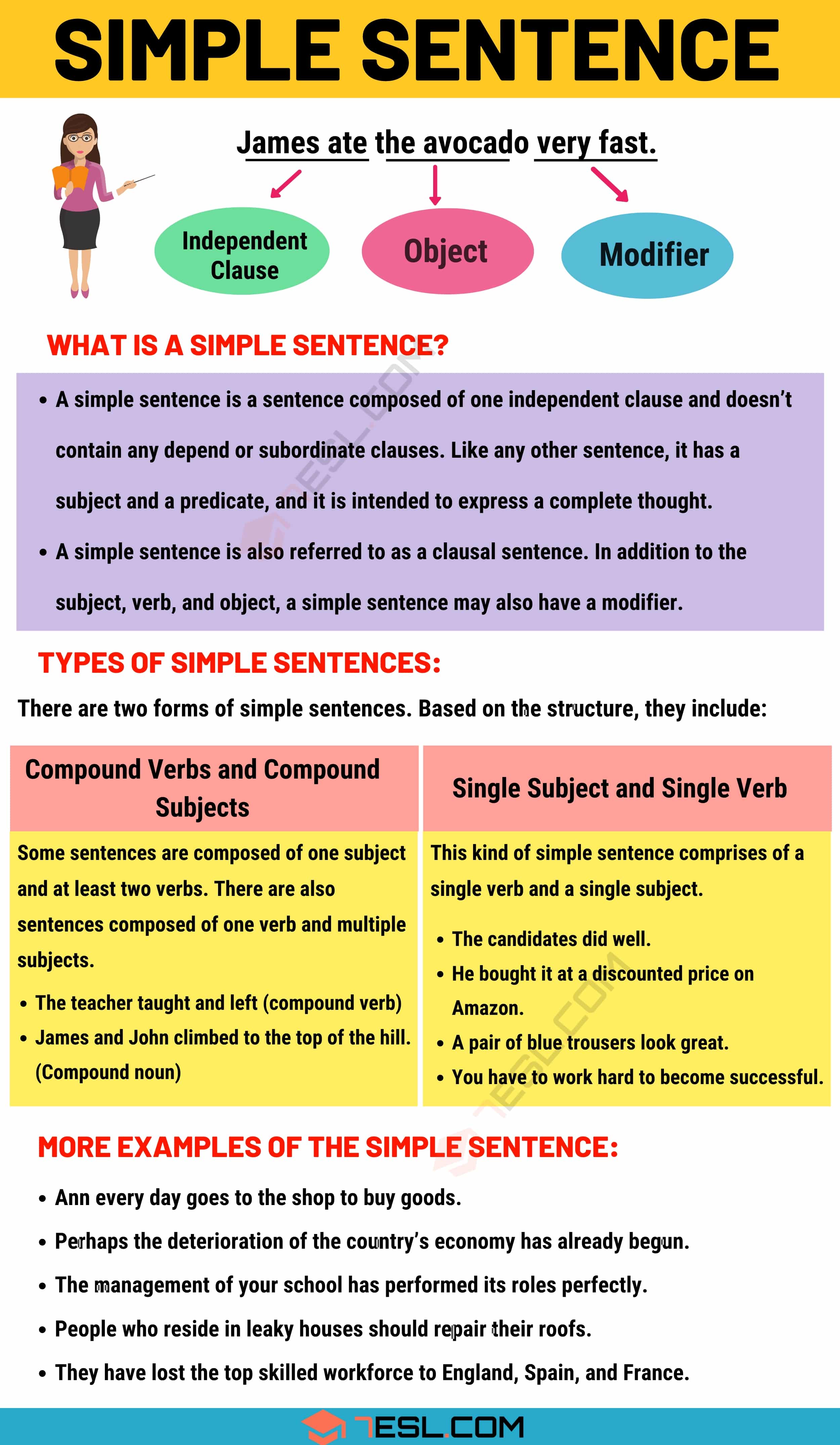 Thank you so much teachers.

It helped me thank you

this is very NOT helpful!

Thanks, it kinda helped.