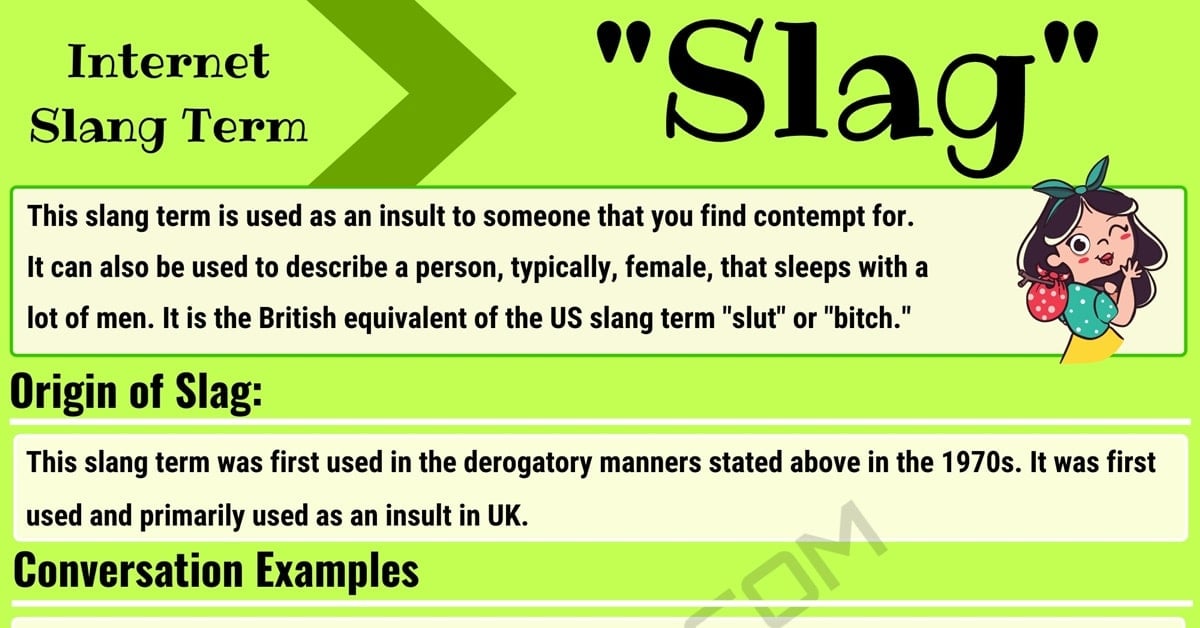 The slang term “slag” is one that may be unfamiliar to you unless you have spent time overseas or know someone who uses the term that has lived or spent time overseas. Regardless of why you are searching for the definition of this term, you have come to the right spot. Here you will find the definition of this phrase, along with details about its origin if they can be found, and some other meanings this term may have.

Some example conversations are provided for your convenience as well so you can see how the phrase is used in a real life scenario. In conclusion, you will learn of some words that share the same meaning and that you can use as replacements for this word in conversation without skewing the message you are trying to convey.

What Does “Slag” Mean?

This slang term is used as an insult to someone that you find contempt for. It can also be used to describe a person, typically, female, that sleeps with a lot of men. It is the British equivalent of the US slang term “slut” or “bitch.”

The term has one other meaning that is known and it is defined as the shavings of metal when it is being cut.

There are several words that you could use to replace this term in a conversation that would not change the meaning of the message you are attempting to convey. Some other words you could use include: 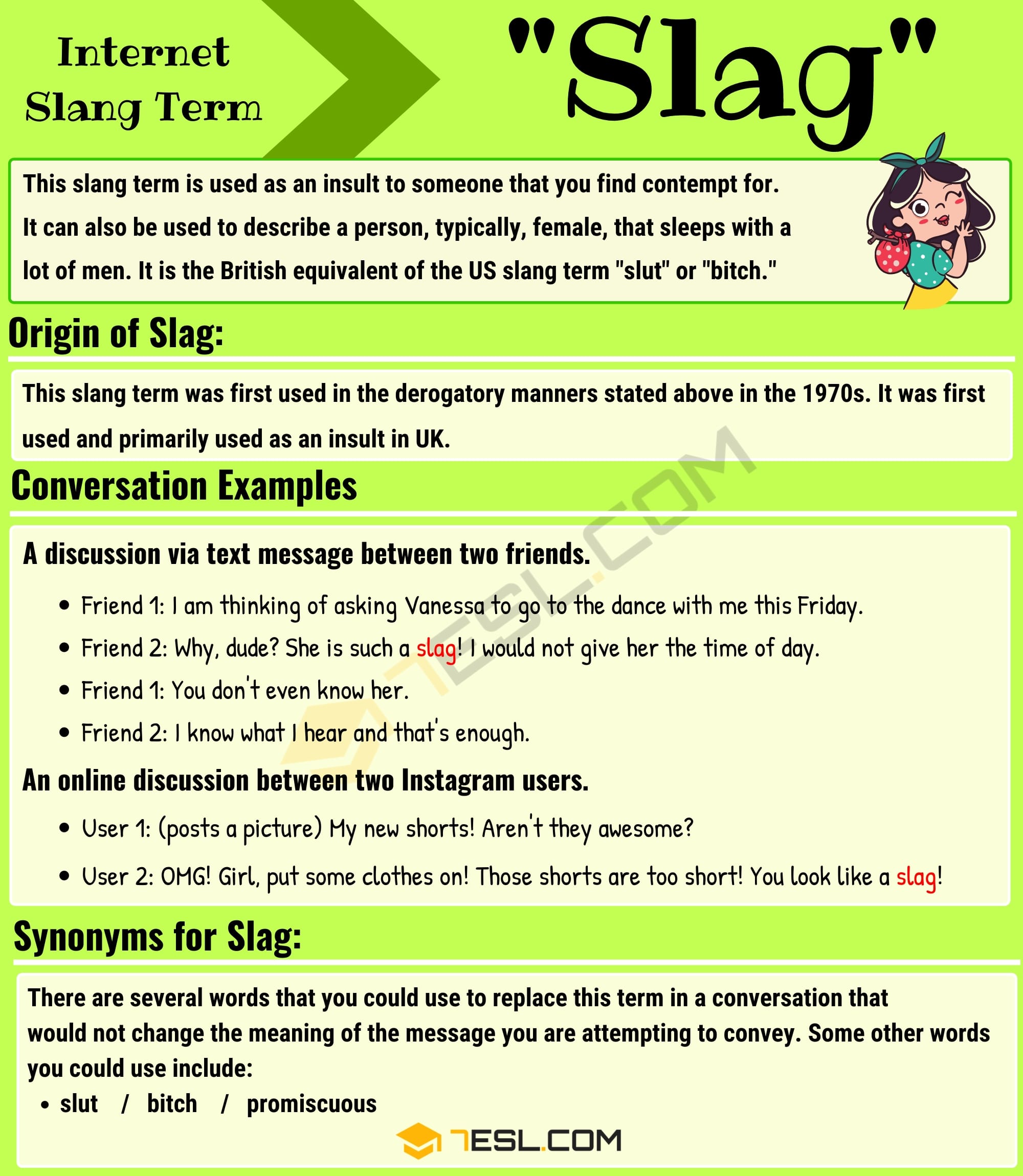