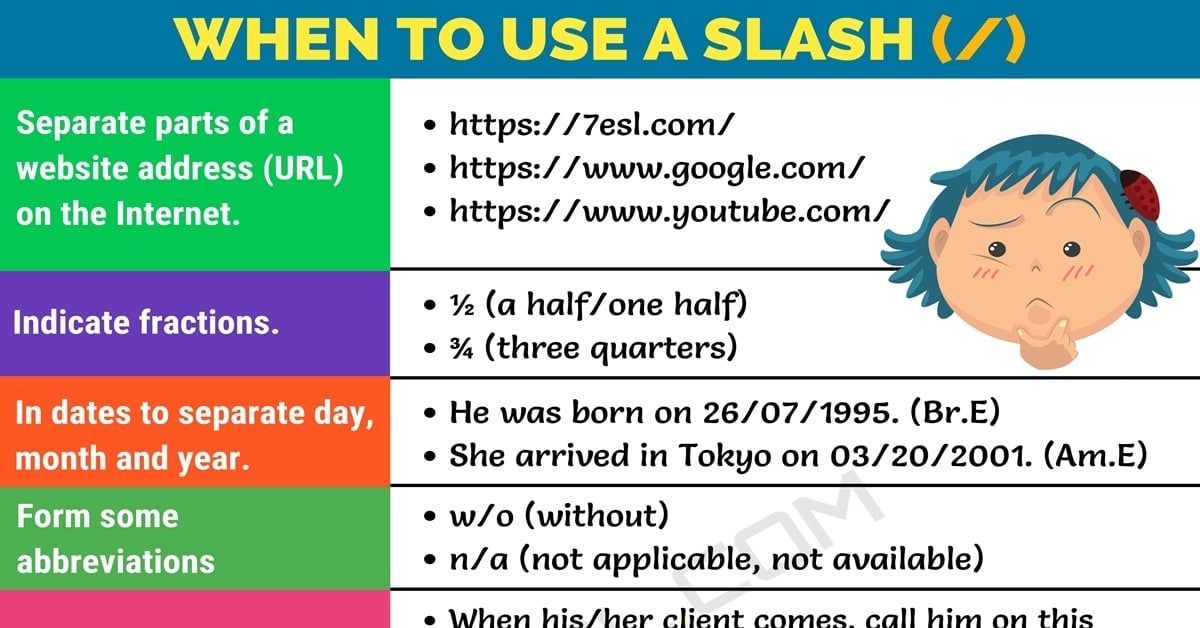 The differences between a backslash (\) vs a forward slash (/). Learn how when to use a slash (a virgule) in English with examples, punctuation rules and ESL image.

The backslash (\) is a typographical mark used merely for computer coding and file names. It is not a form of punctuation mark in English. We often use the backslash to separate computer folder names, especially in Windows systems.

The forward slash (/), often simply referred to as a slash (which is also known as a stroke, a virgule, or even an oblique dash), is a punctuation mark used in English. The slash can be used to separate lines in a song or poem when they are written in a continuous line. This punctuation mark is also used in place of the word or. It can also be used to show two contradictory notions.

1. We use slashes to separate parts of a website address (URL) on the Internet.

2. We use the slash to form abbreviations.

3. We use slashes in dates to separate day, month and year.

4. We use slashes to indicate fractions.

5. We use the slash to indicate the word “OR”

7. We use the slash to separate lines from a poem or song.

8. We use the slash to show contradictory notions.

How to Use Slashes Correctly | Picture 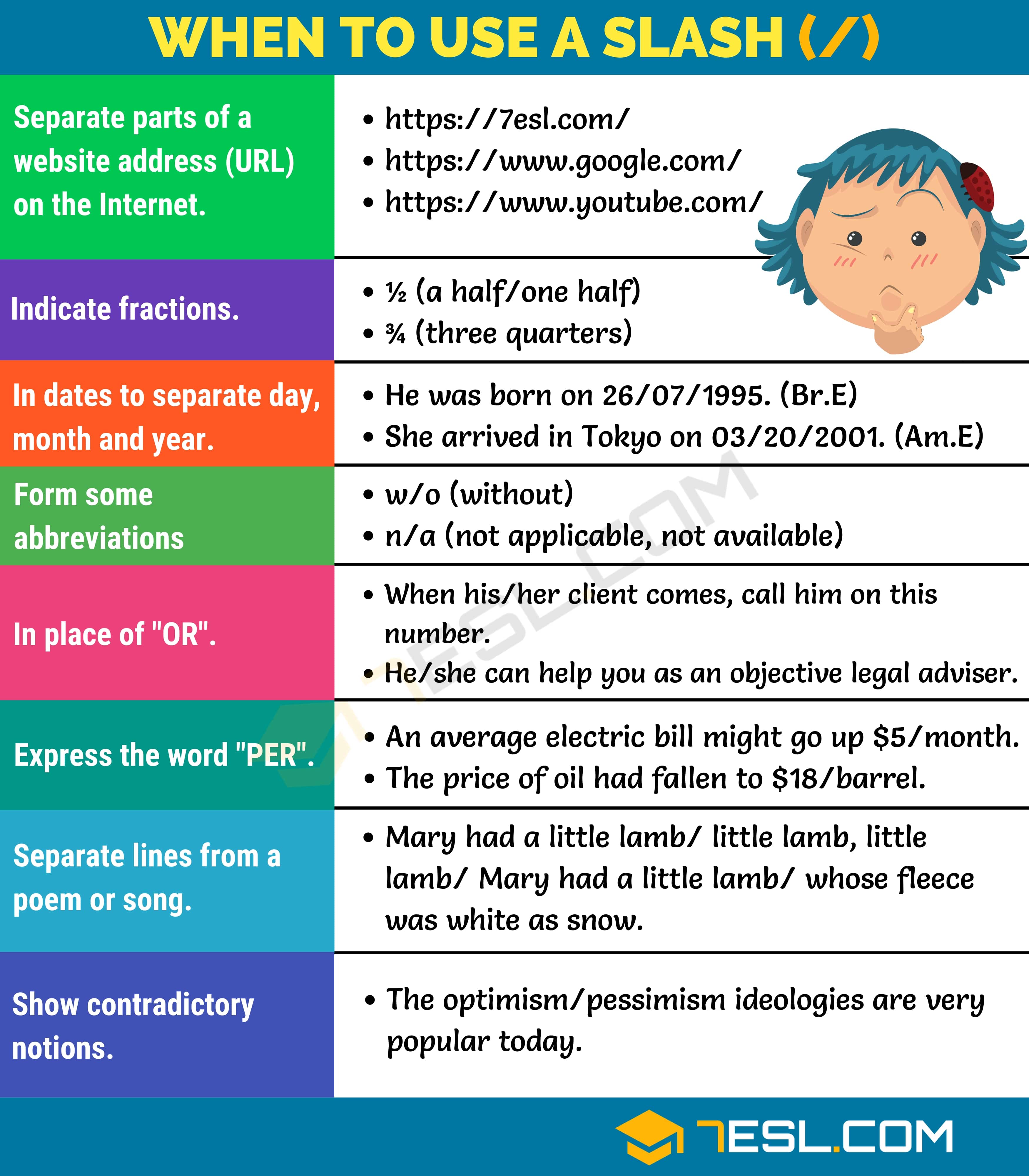 Never trust an Operating System witch forces you to use BACKslashes.
Where we’re is forward …