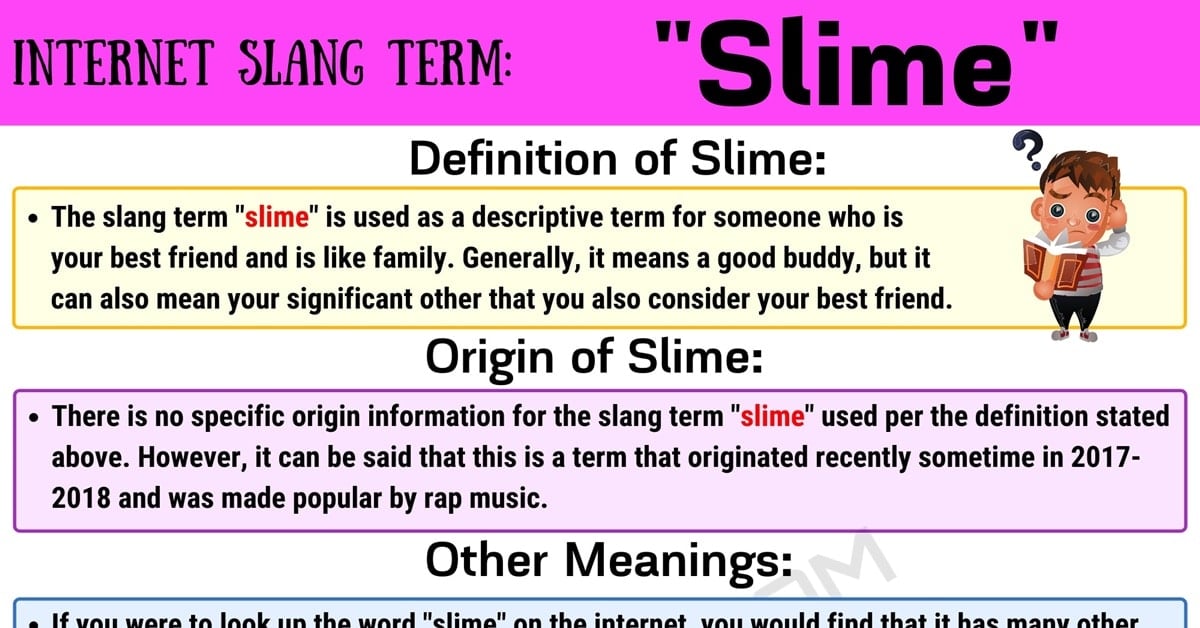 The slang term “slime” is used on the internet for many different reasons. If you thought that this term simply meant a child’s toy that makes a huge mess and sticks to everything, then you would be mistaken. If you have heard or seen this phrase used differently and were left wondering how it was meant, then you are on the right page. Here you will find the most popular meaning of the slang term “slime” and some of its alternate meanings.

You will also find some information about its origin and some example conversations using it in the most popular context. Lastly, you will discover some alternative words or phrases that you can use to replace the word “slime” when used in this context.

What Does Slime Mean?

The slang term “slime” is used as a descriptive term for someone who is your best friend and is like family. Generally, it means a good buddy, but it can also mean your significant other that you also consider your best friend.

There is no specific origin information for the slang term “slime” used per the definition stated above. However, it can be said that this is a term that originated recently sometime in 2017-2018 and was made popular by rap music.

If you were to look up the word “slime” on the internet, you would find that it has many other meanings as a word and one meaning as an acronym. The acronym “SLIME” represents the phrase “Street Life Intelligence: Money is Everything.” The term “slime” can also mean a sticky, gooey substance made from glue and other ingredients or it can mean someone who is considered untrustworthy.

A text discussion between two friends: 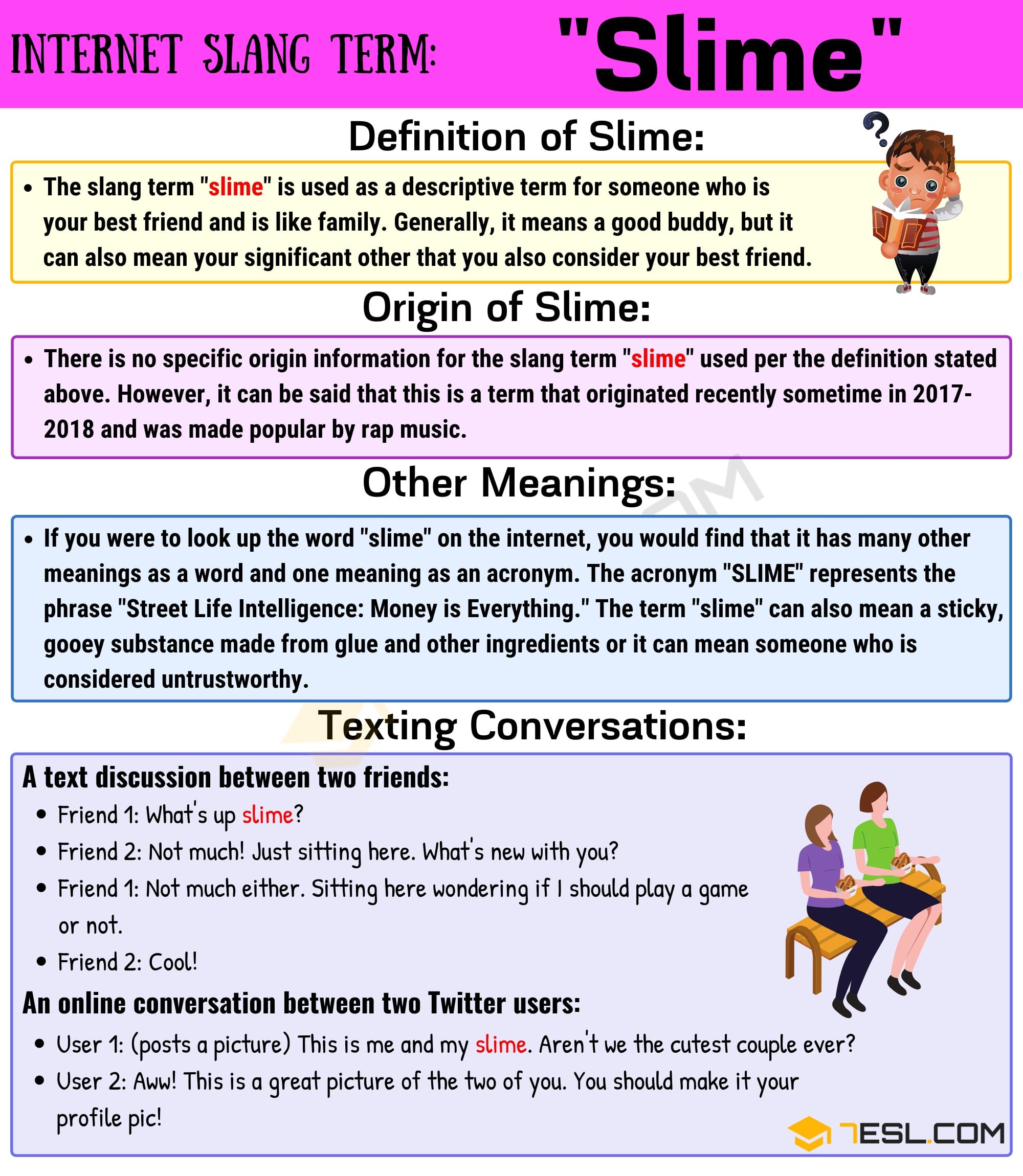