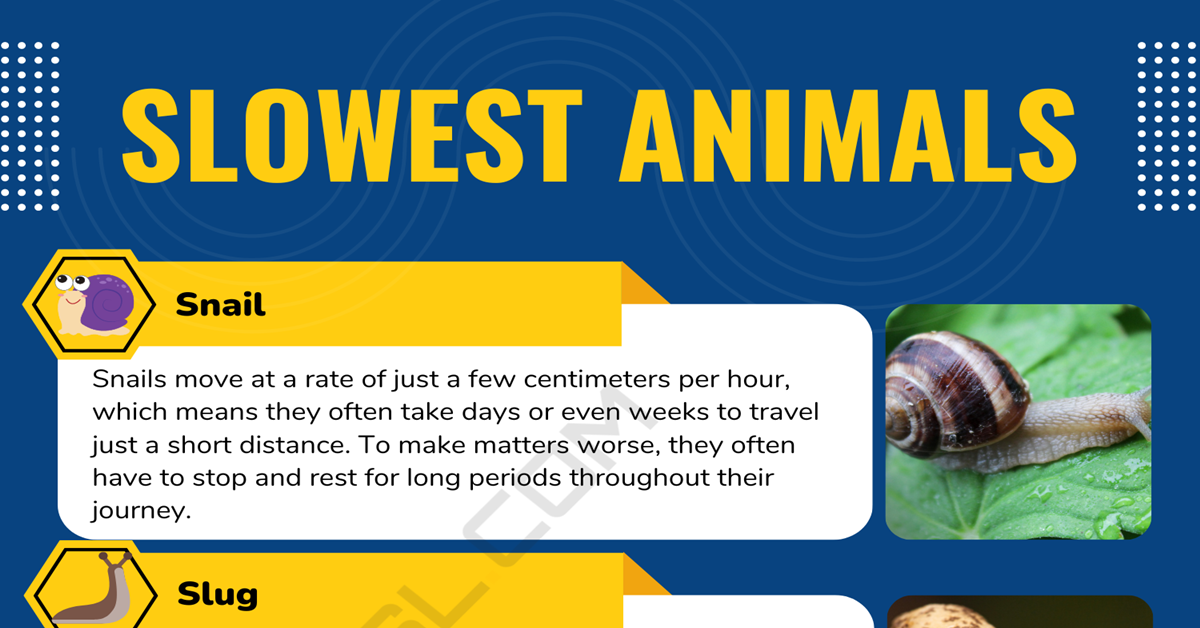 What are slowest animals? The world has many different animals in it and each has its own set of strengths and weaknesses. Animals, like humans, can be thought of as either quick or slow, depending on their ability to perform various tasks. The fastest animal on earth can run at speeds more than 45 miles per hour (70 km/h). Most animals can move pretty quickly when they need to. But there are a few creatures out there that take their sweet time getting from Point A to Point B. Some of these slow animals include the following.

What are Slowest Animals 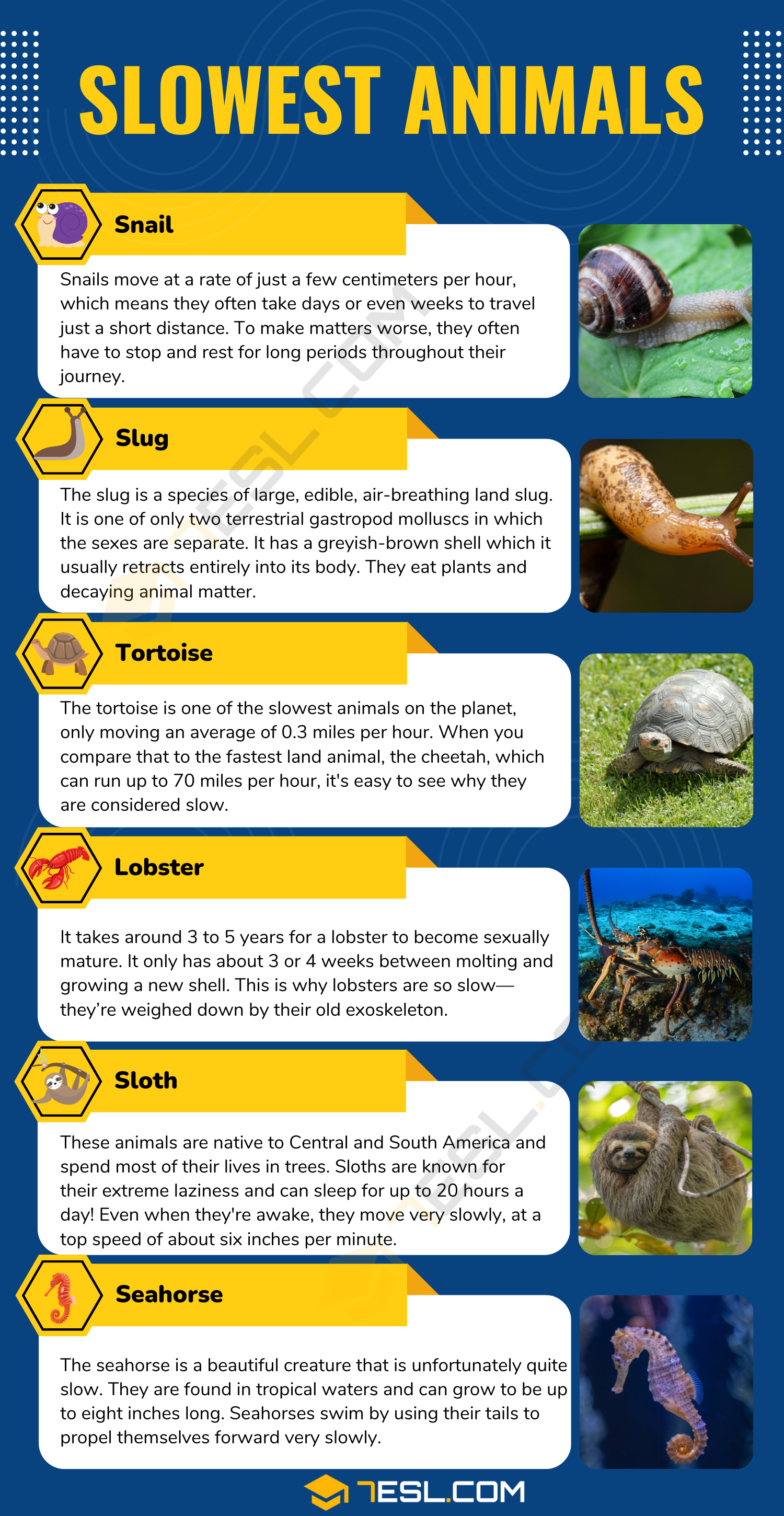 If you’re looking for an animal that is the epitome of slow, look no further than the snail. Snails move at a rate of just a few centimeters per hour, which means they often take days or even weeks to travel just a short distance. To make matters worse, they often have to stop and rest for long periods throughout their journey.

The slug is a species of large, edible, air-breathing land slug. It is one of only two terrestrial gastropod molluscs in which the sexes are separate. It has a greyish-brown shell which it usually retracts entirely into its body. They eat plants and decaying animal matter. They are mostly found in Europe and North America. If the Slug encounters danger while they are retracted it will release an acrid smell from its glands to deter predators. Slugs can be very slow because they cannot use any muscles when their body is inside their shell.

The tortoise is one of the slowest animals on the planet, only moving an average of 0.3 miles per hour. When you compare that to the fastest land animal, the cheetah, which can run up to 70 miles per hour, it’s easy to see why they are considered slow.

It takes around 3 to 5 years for a lobster to become sexually mature. It only has about 3 or 4 weeks between molting and growing a new shell. This is why lobsters are so slow—they’re weighed down by their old exoskeleton. To make matters worse, they use as much energy keeping their bodies moving forward as humans do standing still! There have been reports of lobsters moving at up to 50 feet per hour, but these were likely using all of their strength.

These animals are native to Central and South America and spend most of their lives in trees. Sloths are known for their extreme laziness and can sleep for up to 20 hours a day! Even when they’re awake, they move very slowly, at a top speed of about six inches per minute. They also use up to 50% of their energy just by moving around.

The seahorse is a beautiful creature that is unfortunately quite slow. They are found in tropical waters and can grow to be up to eight inches long. Seahorses swim by using their tails to propel themselves forward very slowly. To make up for their lack of speed, seahorses can change color and blend in with their surroundings.

No one likes to be slow. It can cause a lot of embarrassment when you’re standing in line for an amusement park ride and suddenly realize that people have passed you by because you’re moving so slowly! Fortunately, certain animals in nature are known to be particularly slow, which gives those of us who struggle with the speed some solace.