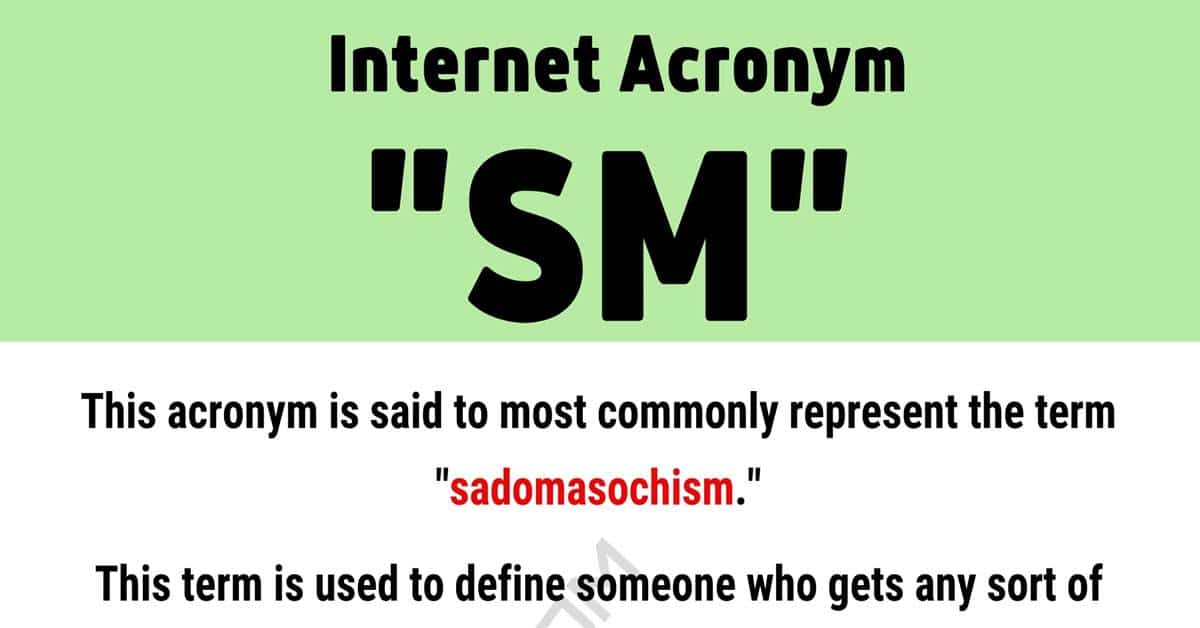 You may not encounter the acronym “SM” used in its most common form just anywhere on the internet due to the nature of what it represents. However, if you have come across this term and were wondering about its meaning, then you are lucky to have wound up here. On this page, you will find the meaning of this term in its most commonly used form, the origin of the phrase it most commonly represents, and some other meanings. You will also be able to read through some example conversations to gain a deeper understanding of the term by seeing it used in context. Finally, you will see some synonymous words or phrases that you could use to replace this term in a conversation that would still allow you to convey the same or similar meaning.

What Does “SM” Mean?

This acronym is said to most commonly represent the term “sadomasochism.” This term is used to define someone who gets any sort of sexual pleasure from either causing pain or having pain inflicted upon them. It can also be used for people who use humiliation in the same manner.

The term that this acronym represents dates back to the early 1900s. The acronyms used to represent this phrase, including this one and S&M, date back to the 1960s.

There are several synonymous words that you could use as a replacement during a conversation for this acronym and the term it represents. Some of the other things you could say include: