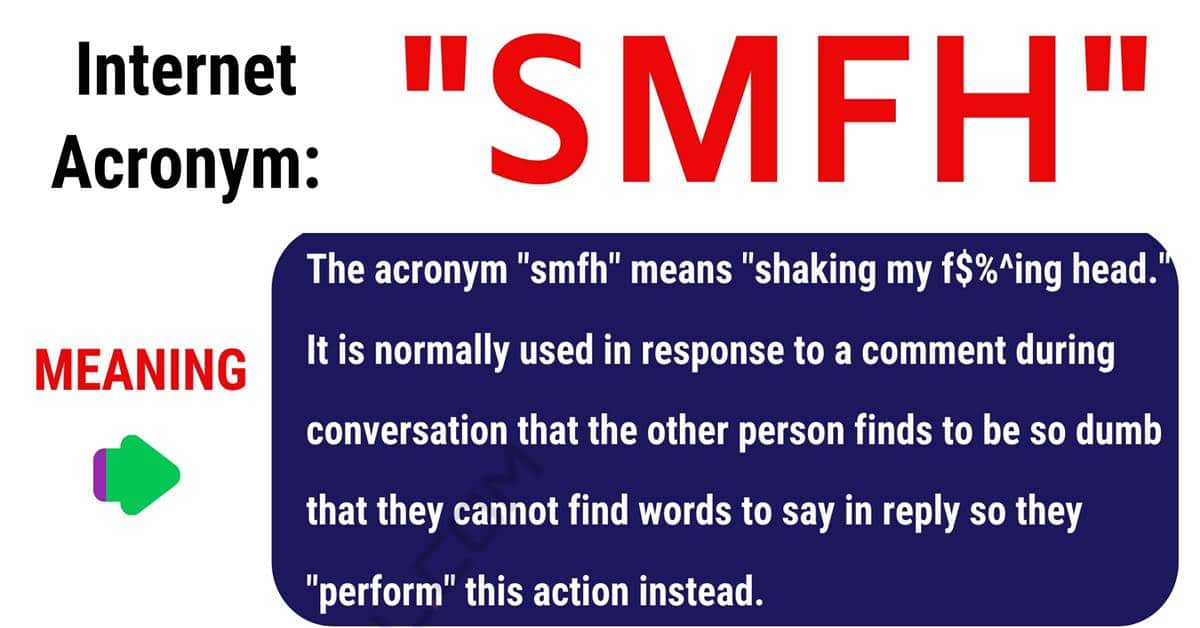 “Smfh” is an acronym that is used often during online conversations and in text. Below you will find all the information you could possibly need concerning this internet acronym. You will find the meaning of this term, all of the origin information that is available if there is any, and possible other meanings. You will also see “smfh” used properly in example conversations and learn other ways that you can say this while still conveying the same meaning.

What Does SMFH Mean?

The acronym “smfh” means “shaking my f$%^ing head.” It is normally used in response to a comment during conversation that the other person finds to be so dumb that they cannot find words to say in reply so they “perform” this action instead.

Other Ways to Say “SMFH”

There are several ways that you can say “smfh” and still mean the same thing. Some of the alternative ways you can say this include: 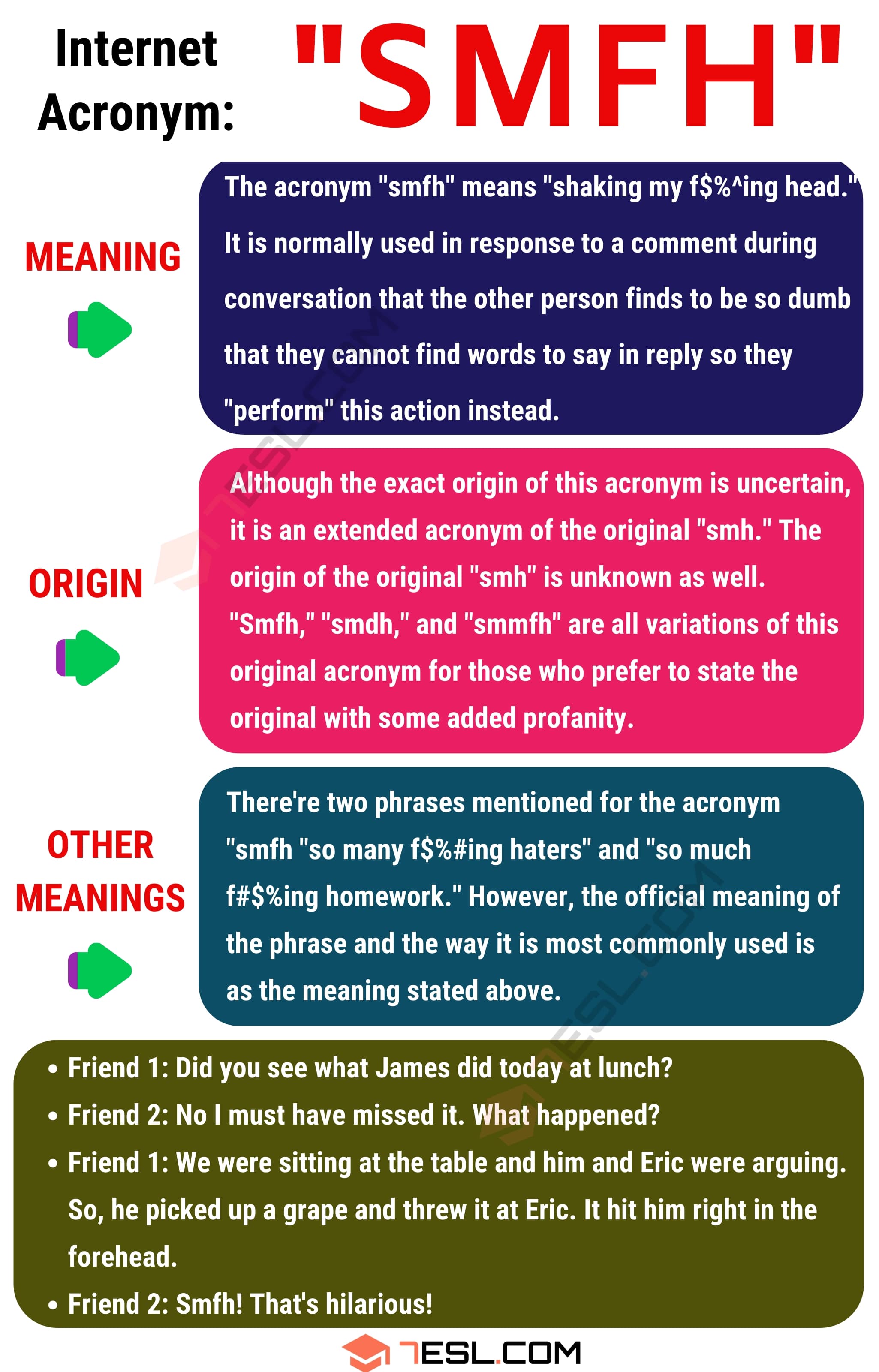 Smfh is not an acronym, it is an abbreviation.