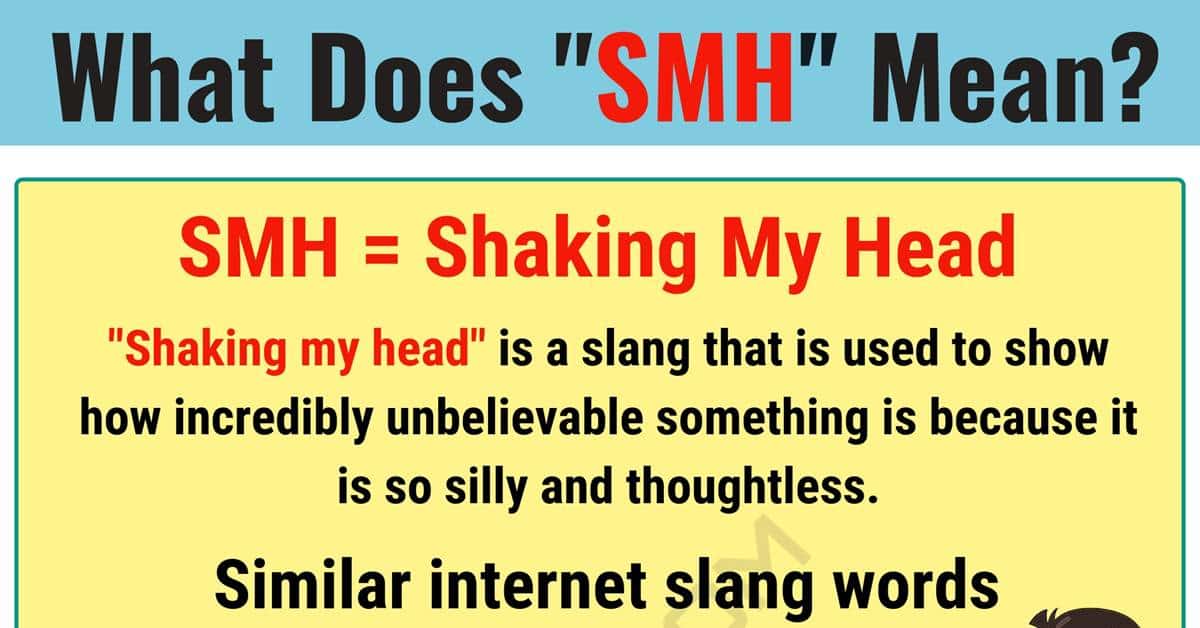 What does SMH mean? Learn the definition and how to use the internet slang word “SMH” with ESL picture and useful text conversations in English.

What Does SMH Mean?

SMH stands for “shaking my head”.

Shaking my head is a slang that is used to show how incredibly unbelievable something is because it is so silly and thoughtless. Just as you shake your head when you find that someone has done or said the unthinkable, this slang means that what someone has said or done is so incredibly unexpected that you don’t even have the words for it.

This internet slang can have other varied meanings, based on the context. For instance, when someone says something horrible about someone without any basis, someone can write SMH to mean “so much hate.” It can also be used to express partial agreement to a statement, as in “somehow.”

Who Use “Shaking My Head”

Generally, people who are regularly on social media or other online texting platforms often use this word. So, you will come across it on Facebook, Twitter and other places on the web, and from people of all ages.

Other Meanings of SMH 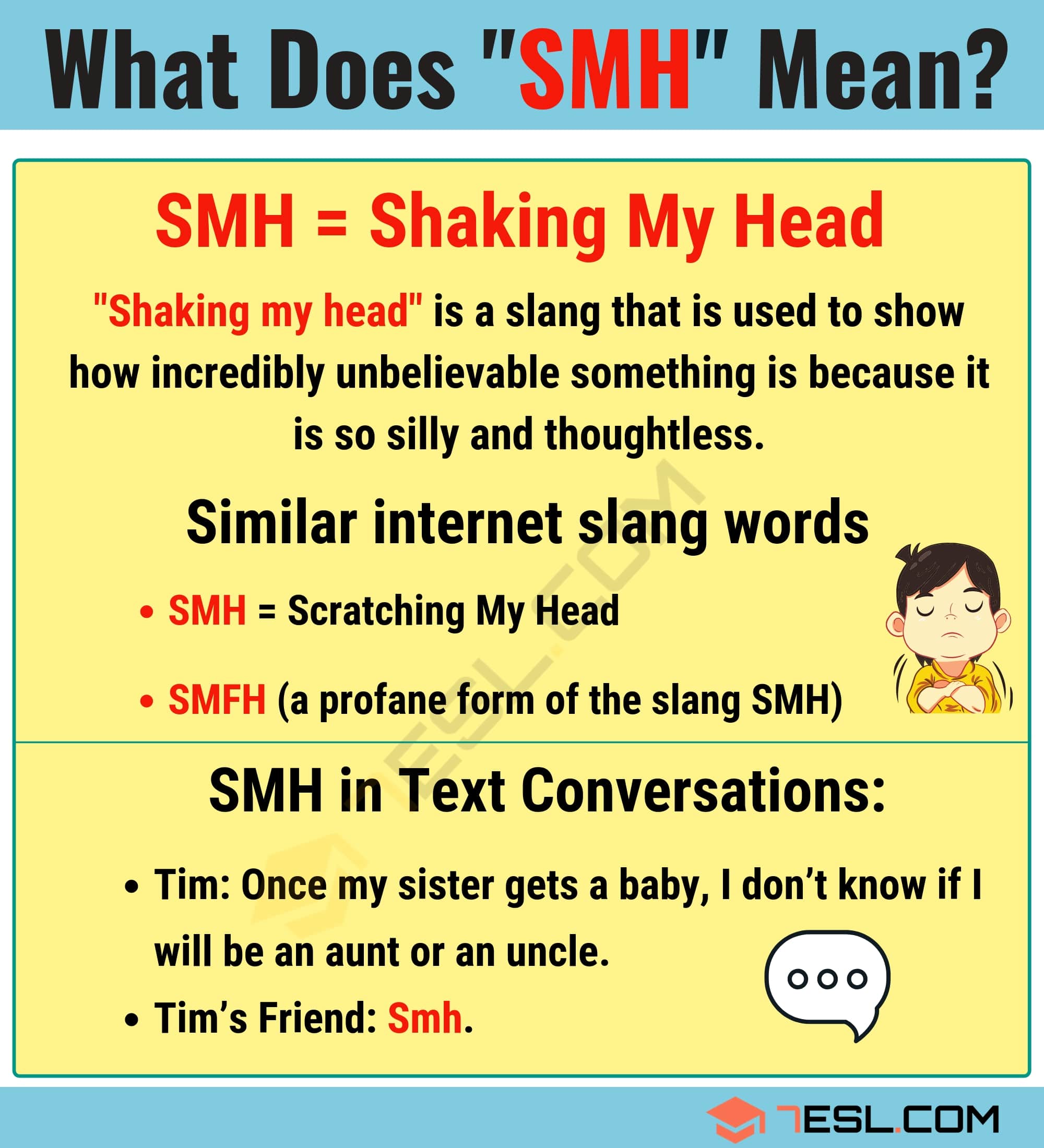 Other Ways to Say SMH

I hate to think of all the vile unspeakable things he did.

She never gets anywhere on time. She’s hopelessly disorganized.

Why are oneself always met is indescribable mood bad?

The news left us all speechless.

For once in her life, she was lost for words.

I’m at a loss for words.

She was shocked and unable to get a word out.

She sat up in the bed, dumbstruck, her face aglow as if lit from the inside.

She was inarticulate with astonishment.

The vast majority of our people feel ignored and voiceless.

Another Meaning of SMH

Scratching my head is a slang that is used when someone says or does something unexpected, often disappointing or silly. This slang is used to show that what has been said is so incredibly stupid or silly that only the actual act of scratching your head would better explain the full magnitude of this because words cannot.

This slang is quite common, and most people know what it means based on its extensive use on social media and memes. So, you will find this word being used on Facebook, Twitter and even on YouTube. Although this word and many others like it are more common among the younger generations, SMH is also generally used by all people who regularly get on social media.