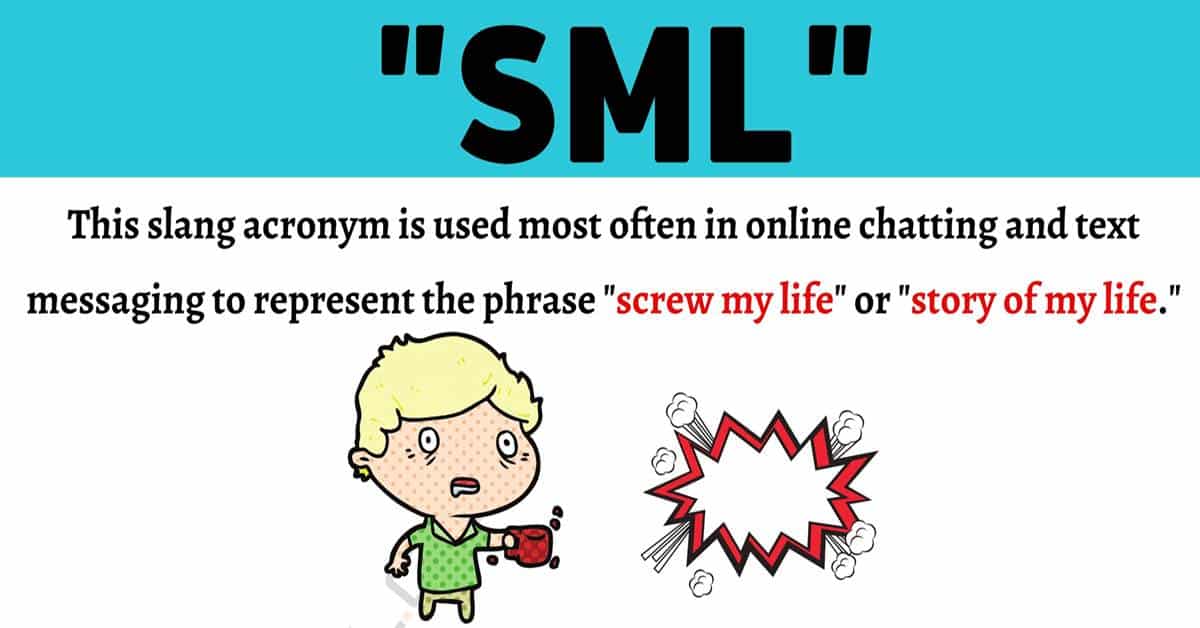 The slang acronym “SML” is generally used as a synonym for a more well-known phrase and acronym. Here you will find the most common representation of this acronym and the definition of that phrase. You will also find details about its origin and some other meanings regarding other things this acronym can represent. You will also be provided with some sample conversations that illustrate the proper usage of this term and will hopefully help you gain a stronger grasp of its meaning. Finally, you will learn some synonyms that can be used interchangeably in place of this phrase to convey the same meaning.

What Does SML Mean?

This slang acronym is used most often in online chatting and text messaging to represent the phrase “screw my life” or “story of my life.” This is the typical response by someone based on their own negative experience and is typically used as a means of sarcasm and humor.

The similar phrase “fu**my life” and the corresponding acronym “fml” became popular after a website was created by the same name. On this site, users were encouraged to share the fail stories that had happened to them ending with this phrase or a hashtag of the acronym. This phrase then became popularly used on all social media for the same purpose. Shortly after, some users who didn’t like the extreme profanity of using the “F” word used the synonymous phrase “screw my life” and its corresponding acronym to express the same feeling. However, this is also considered a form of profanity for some so users also began using the less colorful phrase “story of my life” sarcastically to represent the same thought.

A conversation between girlfriend and boyfriend.

There are several other words or phrases that you could use to replace this particular phrase in conversation that would mean the same thing. Some other things you could say instead include: 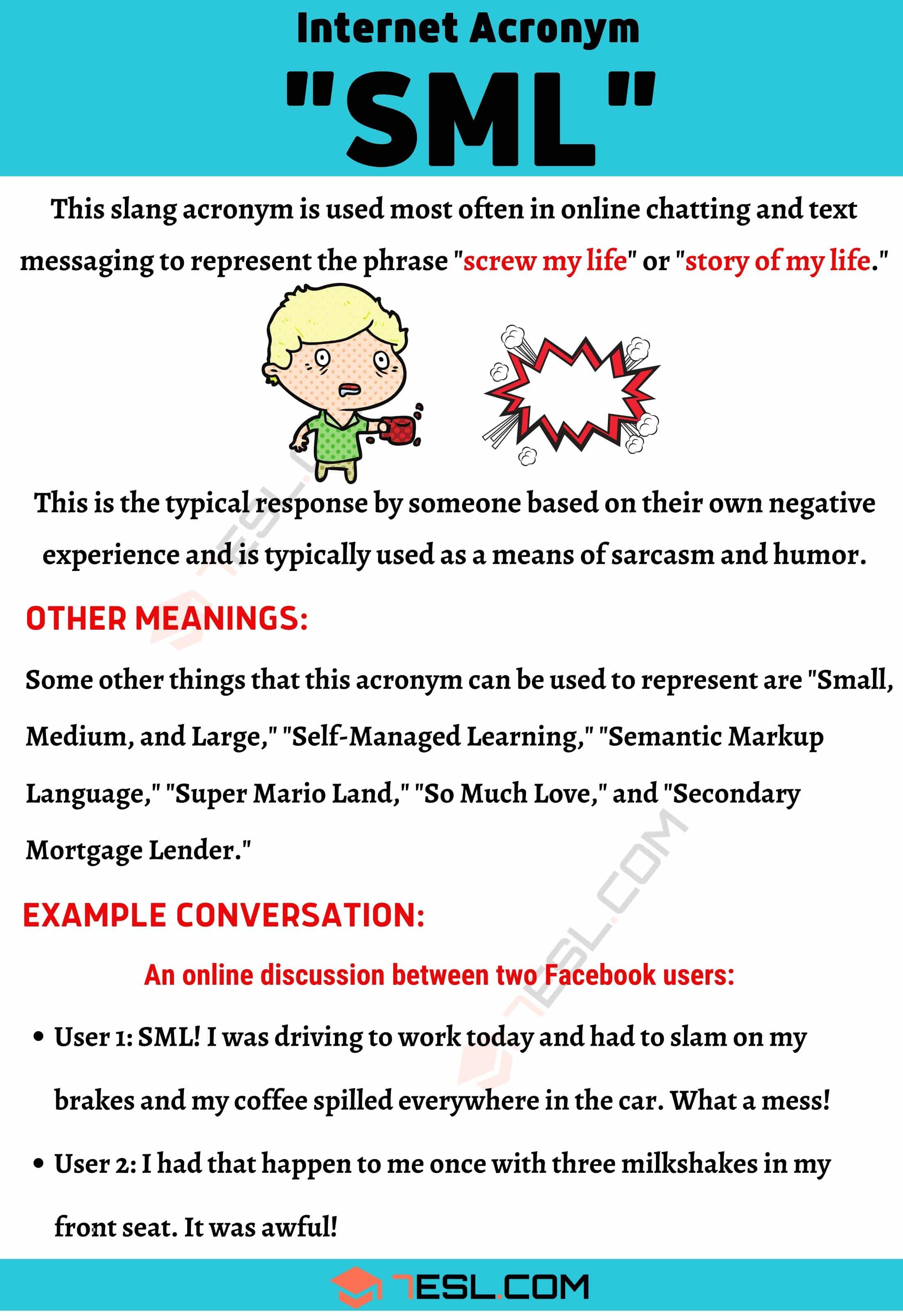