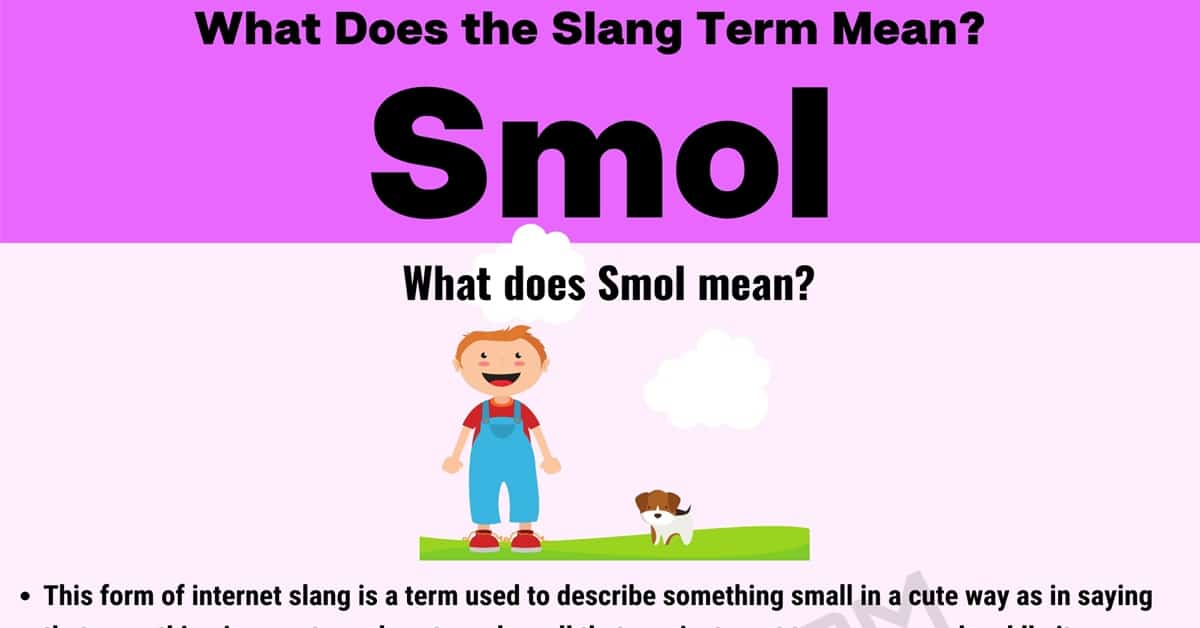 What does “smol” mean? If you thought about this word and said it enough, then you might be able to guess its meaning just from the way it sounds. However, if you are still struggling to figure it out, then you have come to the right page. Here you will find the meaning of this slang term, details about its origin, and some other meanings if there happen to be any.

Some example conversations have been provided for you here as well so you can see how the slang term is used properly in everyday conversations. Lastly, you will learn about some other words that can be used in place of this slang term that will not change its meaning.

What Does “Smol” Mean?

This form of internet slang is a term used to describe something small in a cute way as in saying that something is so extremely cute and small that you just want to squeeze and cuddle it.

This slang term was popularized in 2015 and was thought to have originated from a simple spelling error of the word small. It is not clear when and where the term was first used. However, the term’s popularity has been linked to the lead singer of the band Twenty One Pilots because he was referred to as a “smol bean” by users on the social media websites Tumblr and Twitter.

There are many words that you can use to replace this slang internet term in conversation to convey the same meaning. Some of other words you could substitute in its place without changing its meaning include: 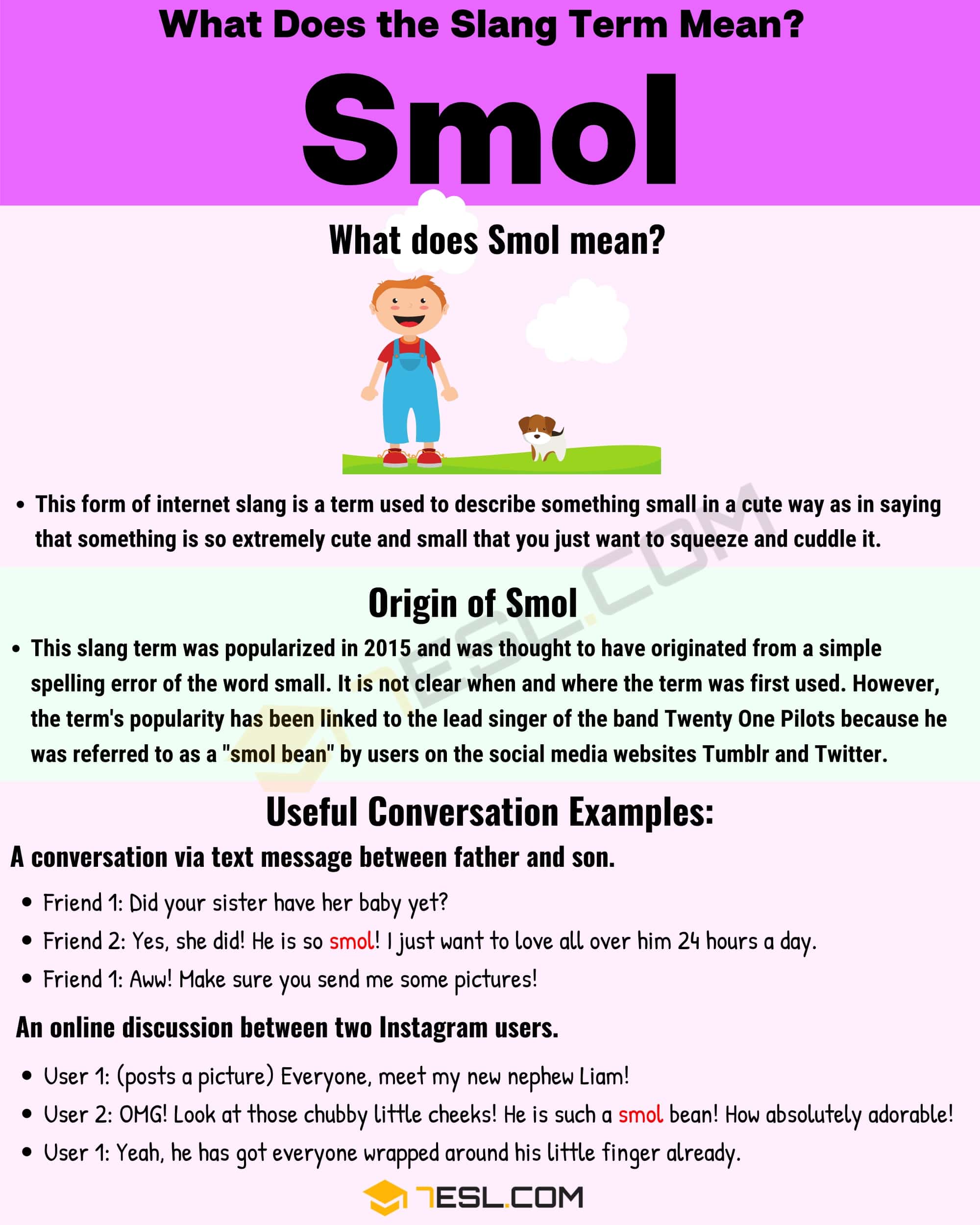