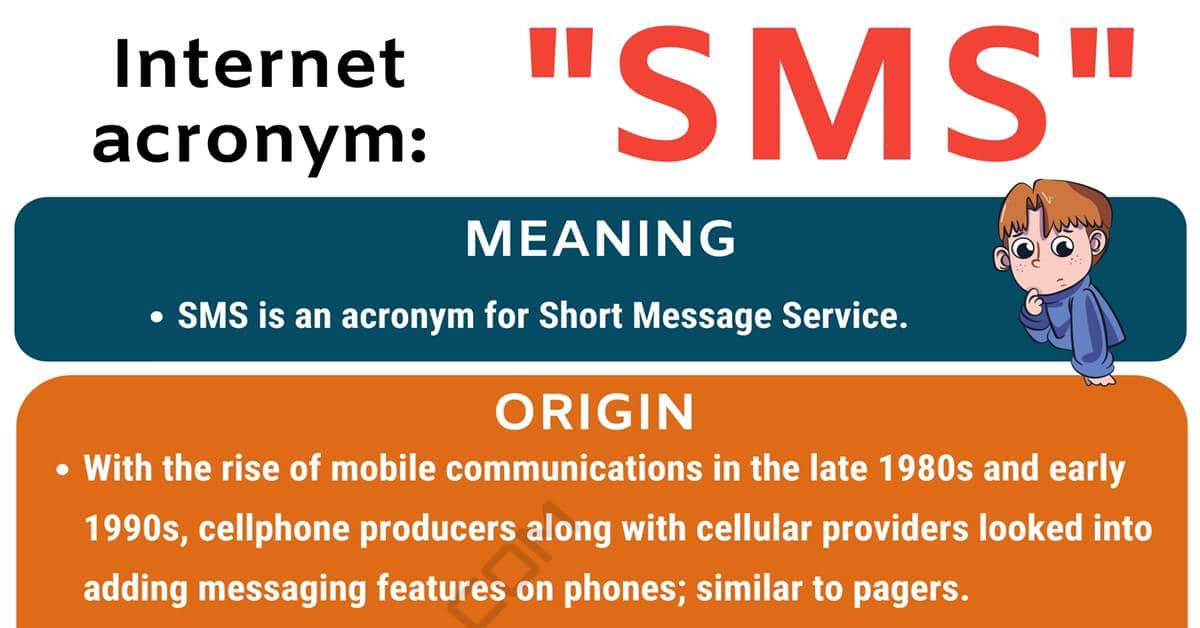 SMS is an older internet slang term from the late 1990s and early 2000s. This slang word hasn’t seen much modern usage, largely being supplanted by other slang terms.

What Does SMS Mean?

SMS is an acronym for Short Message Service.

With the rise of mobile communications in the late 1980s and early 1990s, cellphone producers along with cellular providers looked into adding messaging features on phones; similar to pagers. Because of early data restrictions, the first text messages were small so using abbreviations became popular in order for smaller messages to still contain the same meaning as larger ones. Early on, before being supplanted by “tex” or other similar slang words, SMS was popularly used to differentiate a message sent by email, phone, or an instant message provider.

SMS still sees some usage, currently being an acronym “Send My Shooters”. This usage gained popularity after the death of rapper xxxtentacion and the theory that he was assassinated. As such, in this context SMS is used negatively. Another commonly seen usage of SMS is “Send Me Something”. Uses commonly as a joke among friends, with the intent to gain something of low monetary value like snacks. Other times might be used to ask strangers online for anything at all, normally of low monetary value but with hopes someone would be charitable enough to give a more expensive item.

Email between boss and employee

Other Ways to Say SMS

SMS is commonly seen as SMSing and SMSed. Using -ing represents someone is currently sending a message while -ed is used when the message is sent. SMS can be used as a past, present, and future tense on it’s own. 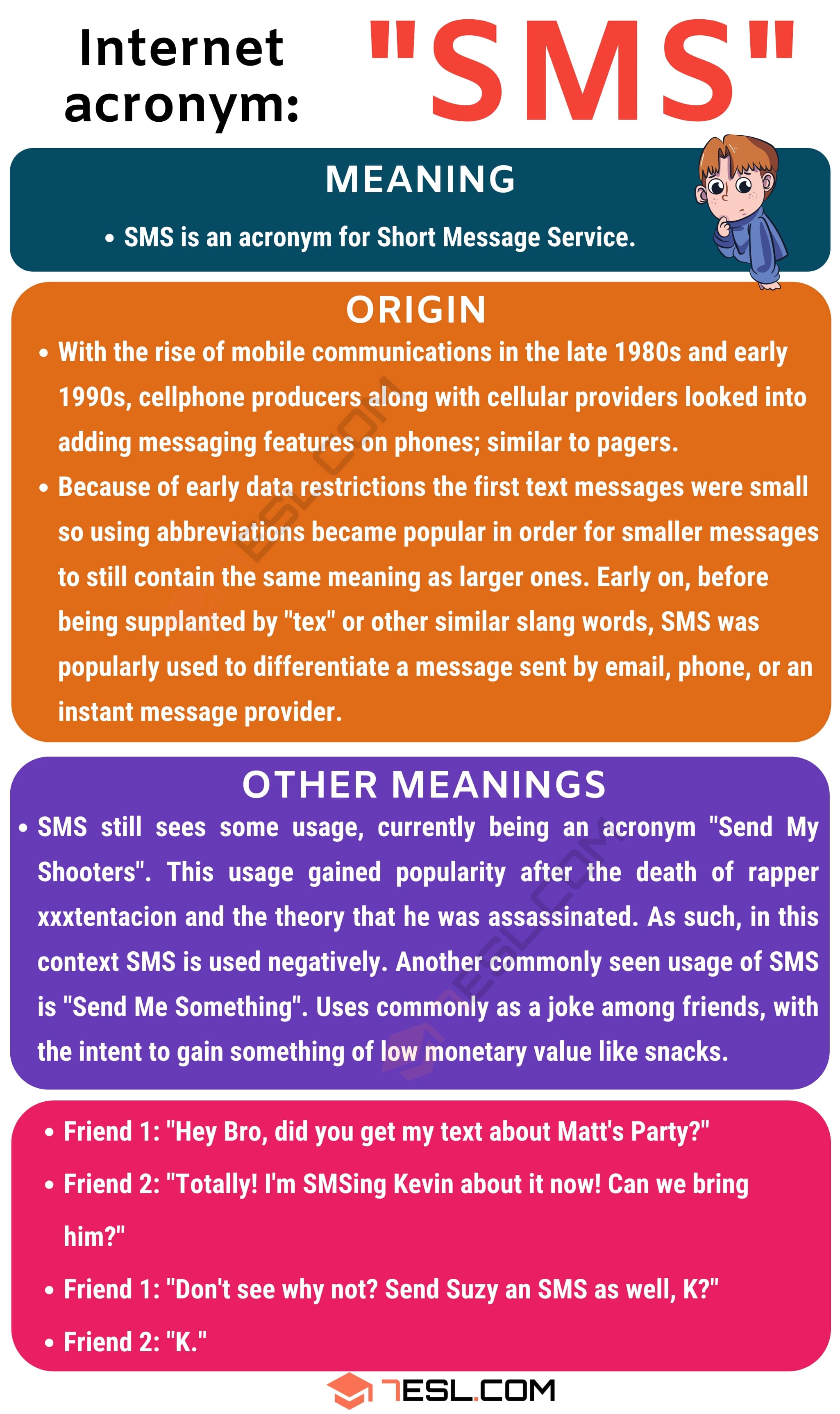