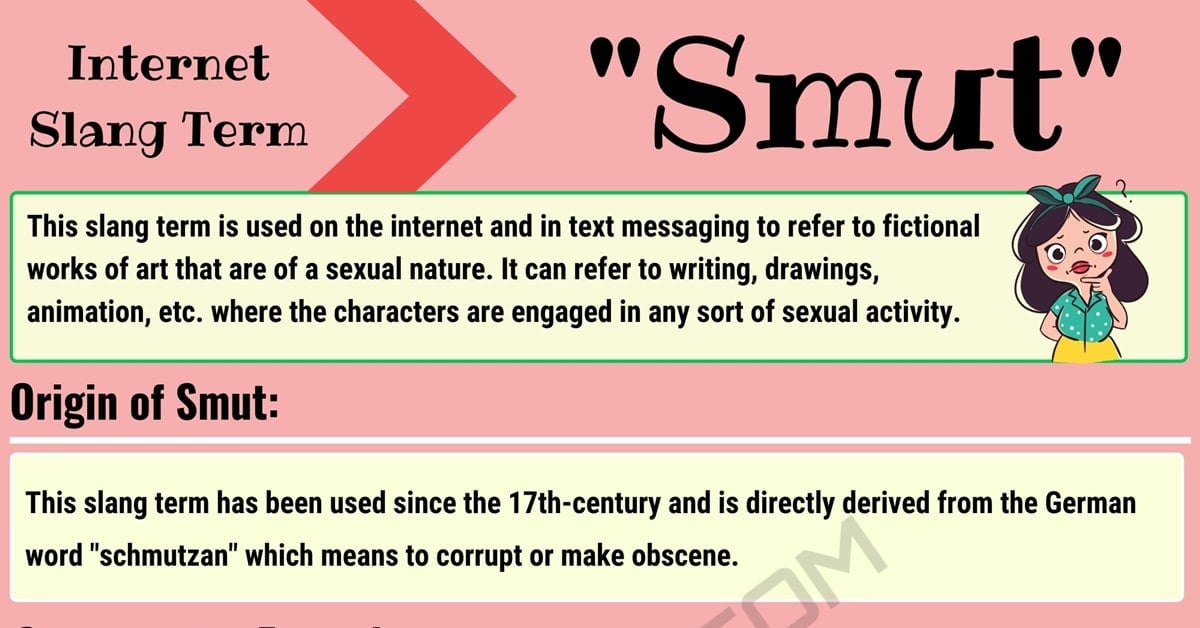 The slang term “smut” is used to describe a particular type of fan fiction. If you have come across this phrase and were wondering the meaning of this term, then you have arrived to the right place. Below, you will see the meaning for this phrase, as well as information about its origin and some other meanings for the term.

You will also find some conversation examples that illustrate the proper usage of this term to help you gain a better understanding of its meaning. Finally, you will see some other words that you can use in place of this term without changing its meaning.

What Does Smut Mean?

This slang term is used on the internet and in text messaging to refer to fictional works of art that are of a sexual nature. It can refer to writing, drawings, animation, etc. where the characters are engaged in any sort of sexual activity.

This slang term has been used since the 17th-century and is directly derived from the German word “schmutzan” which means to corrupt or make obscene. 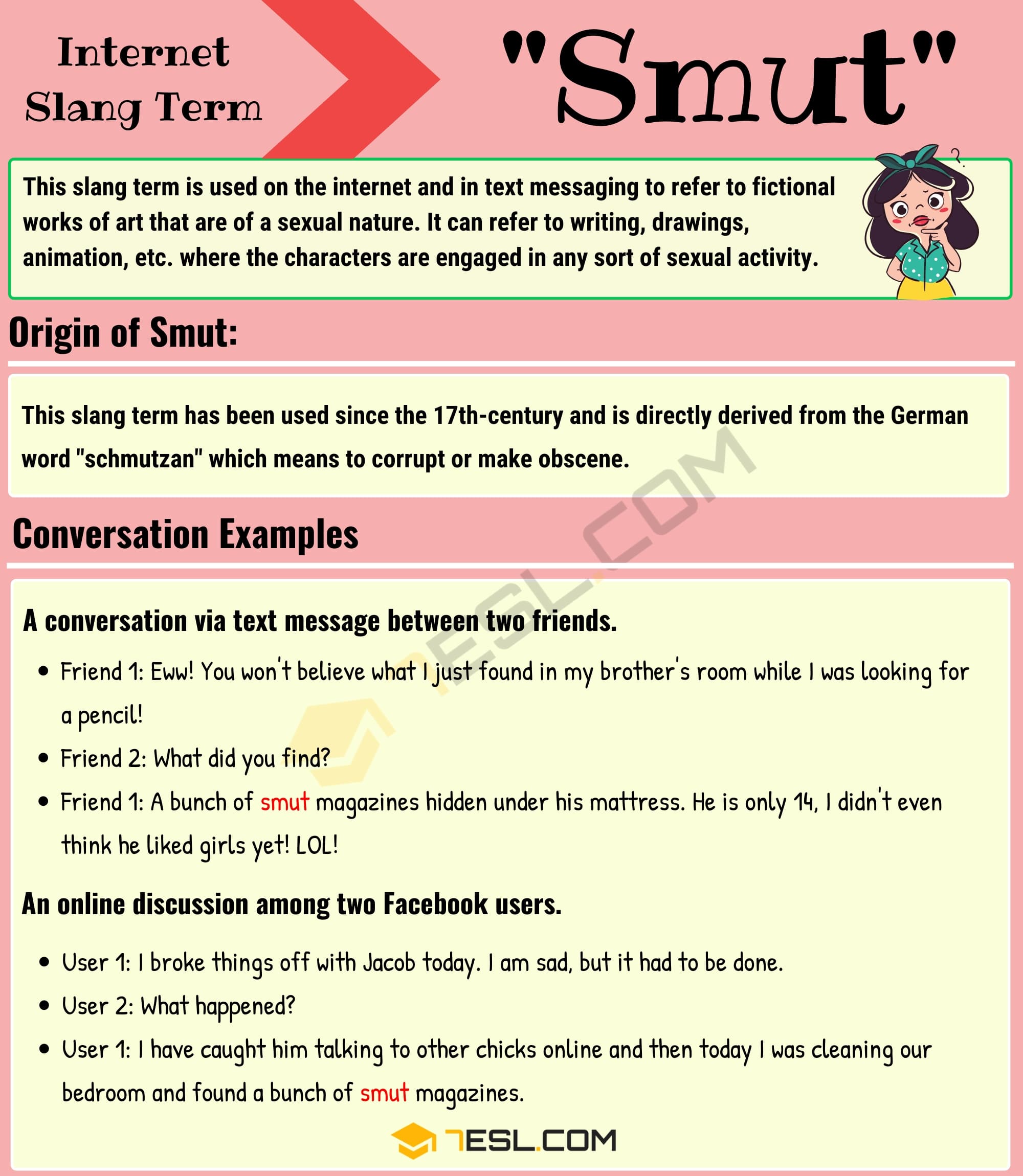 thanks for the explanation