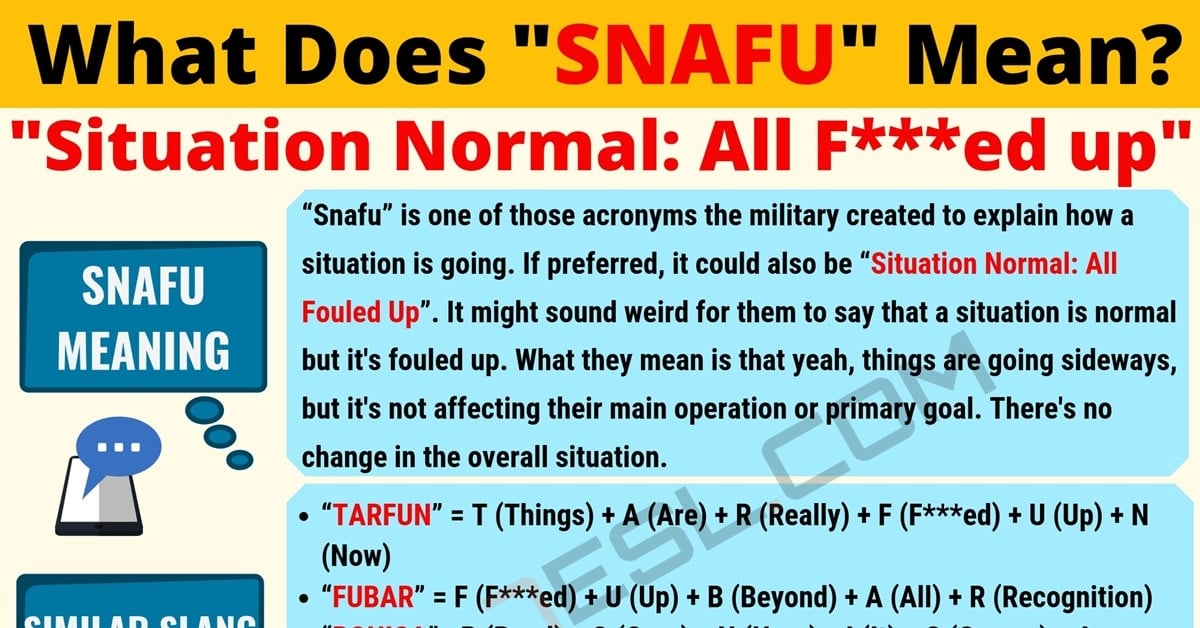 What does SNAFU mean? This article provides the definition and the usage of this internet slang term with ESL infographic and interesting conversation examples in English.

Sometimes, you might see anagrams that you can actually pronounce as words. This means easier communication when time is important. The military has been using acronyms to describe situational reports. Who knew text talk has been around decades before we even had the ability to text! That’s kinda cool.

What Does SNAFU Mean?

It is one of those acronyms the military created to explain how a situation is going. If preferred, it could also be “Situation Normal: All Fouled Up”. It might sound weird for them to say that a situation is normal but it’s fouled up. What they mean is that yeah, things are going sideways, but it’s not affecting their main operation or primary goal. There’s no change in the overall situation.

What is SNAFU’s Origin?

This slang term first started in the United States Marine Core during World War 2. It was also used in Vietnam and is still used to this day. The first time it was used publicly was in 1942, by Times Magazine. The original definition of “Snafu” was “Status nominal: all f***ed up).

Besides being used in the military to explain a sitrep, this online slang word can also mean other things. For instance, in Scotland, it means the devil’s lair. Or you may hear someone say they hit a snafu in their plans. This means there was a mistake that they now have to correct. But by saying snafu, they are indicating, even if they don’t realize it, that they expect the issue to be resolved quickly and to not affect the overall outcome. This texting abbreviation can also mean confusion in some instances. 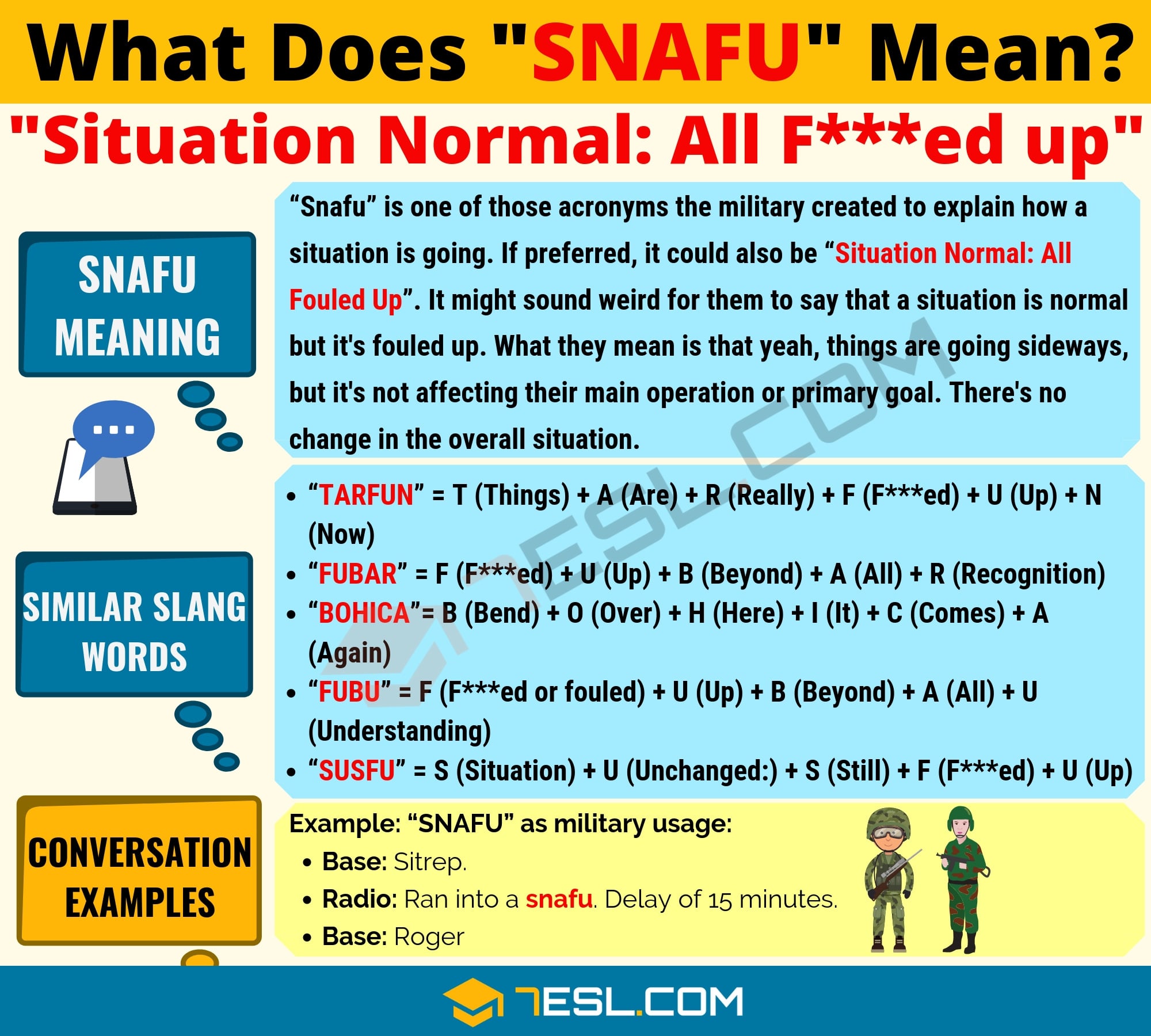