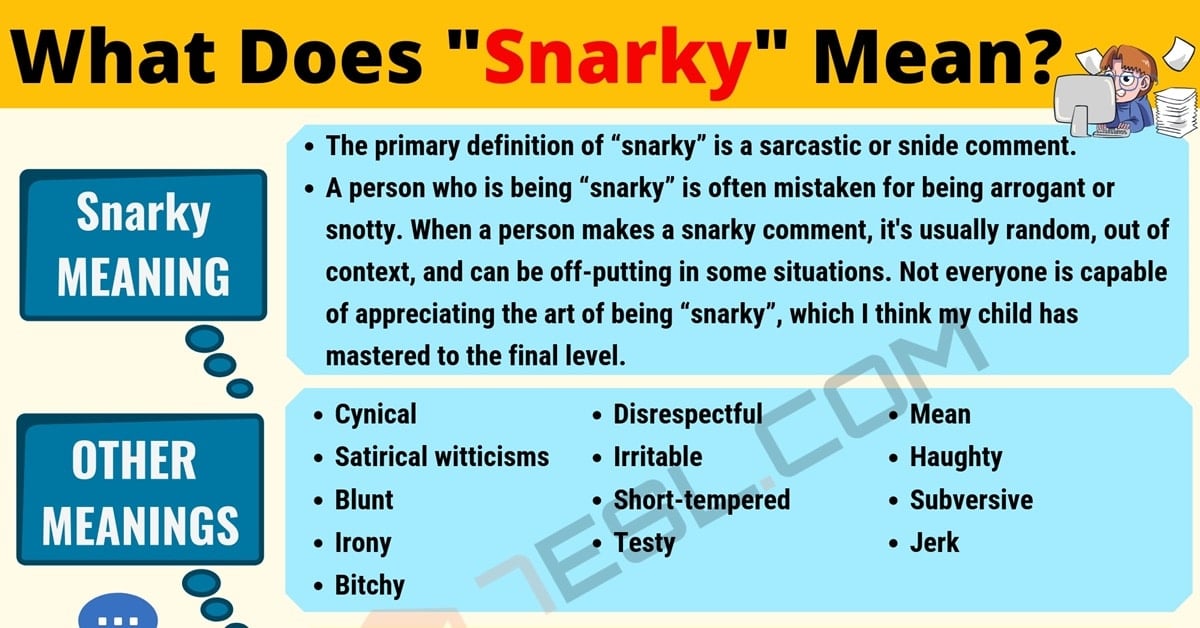 What does Snarky mean? Learn the definition, how and when to use the internet slang word with useful conversation examples and ESL printable infographic.

What Does Snarky Mean?

The primary definition of “snarky” is a sarcastic or snide comment.

A person who is being “snarky” is often mistaken for being arrogant or snotty. When a person makes a snarky comment, it’s usually random, out of context, and can be off-putting in some situations. Not everyone is capable of appreciating the art of being “snarky”, which I think my child has mastered to the final level.

This internet slang word first appeared in 1906. It comes from the British word snark, meaning to nag or find fault with. Normally it is said by the British, but it has become more popular in the United States in recent years.

In 2010, American comedian Dane Cook helped boost the popularity of “snarky” in a comedy special he called “I did my best – Greatest Hits”. He was telling a joke, which was labeled, “The atheist” about a conversation on religion he had with an atheist. He said as he was talking about how he hopes to go to Heaven when he dies, the guy became condescending. Snarky with his attitude. Cook continues by telling his fans to “Google that shit. It’s real”. According to him, it’s Google magic.

There are a variety of other meanings for this word. Rather than list them in paragraph format like the previous words, this group would be better presented in a list.

Example using this online term “as snide or sarcastic” 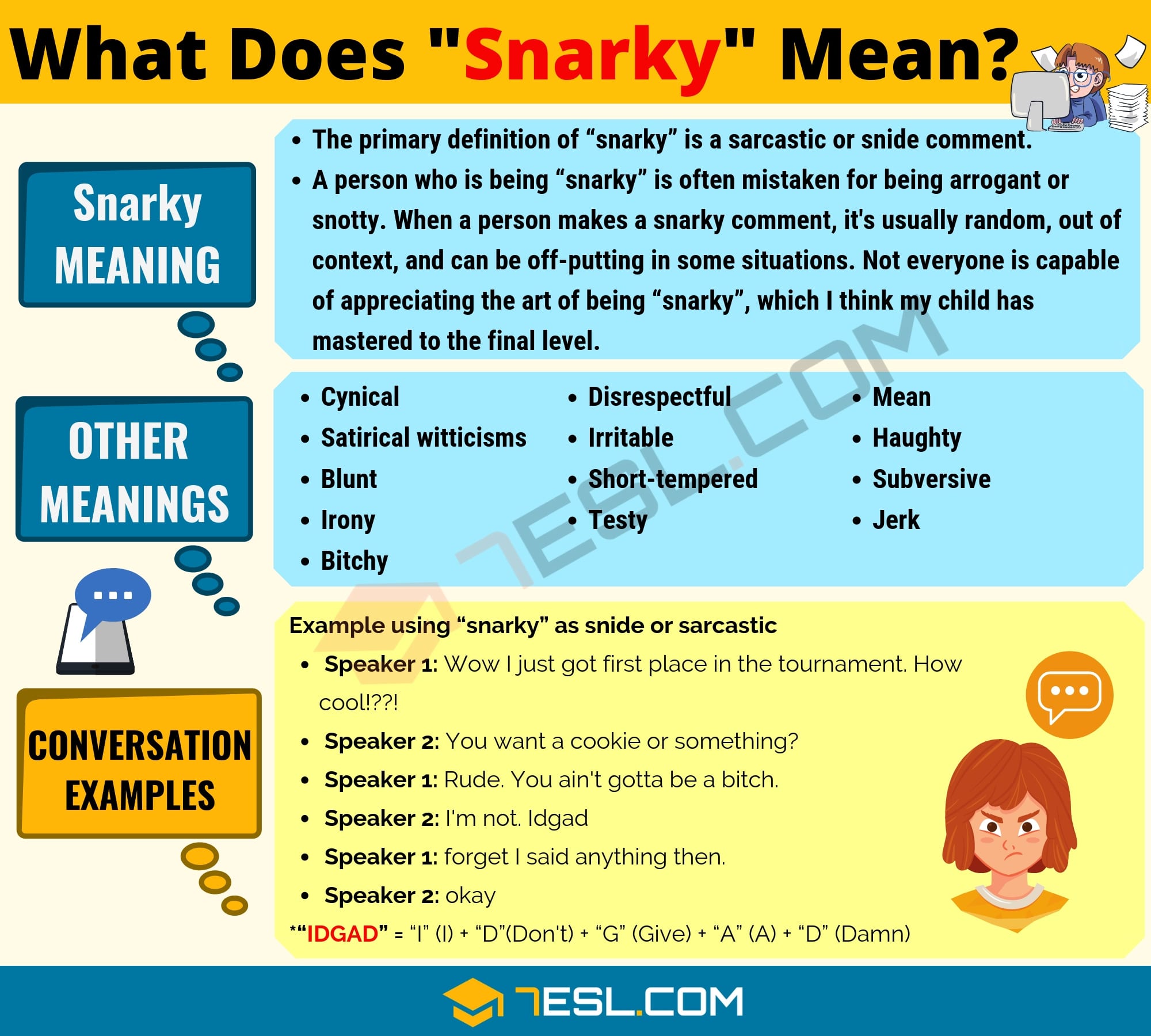