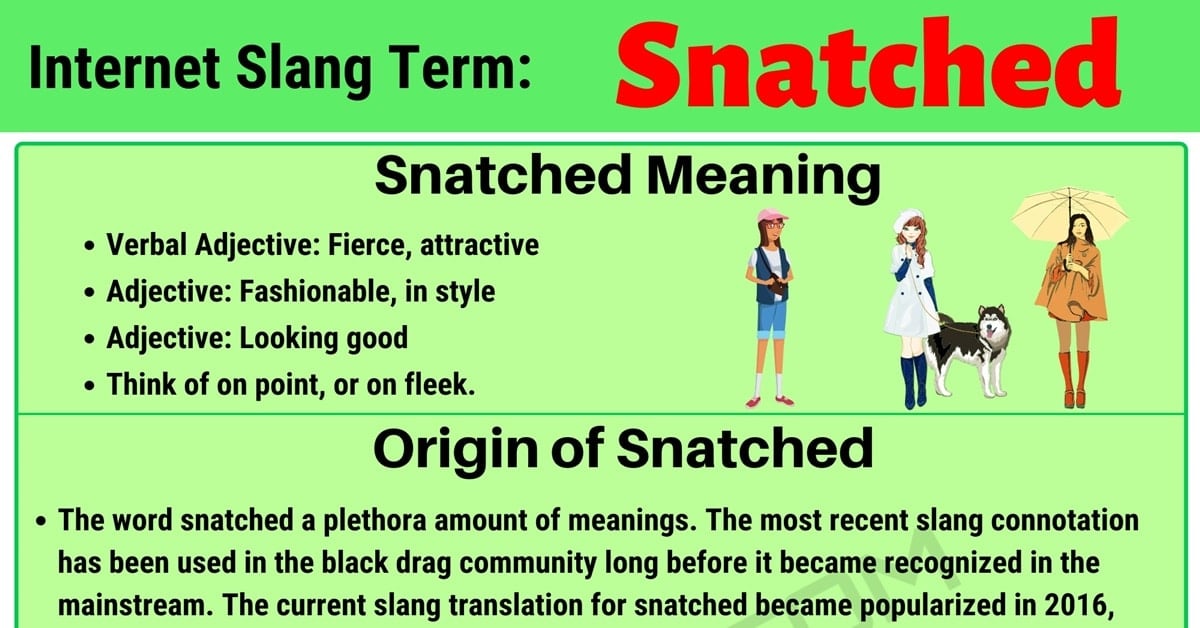 What does Snatched mean? What is the definition of this slang word? Learn how and when to use this internet term with ESL infographic and useful conversation examples in English.

What Does Snatched Mean?

The word snatched a plethora amount of meanings. The most recent slang connotation has been used in the black drag community long before it became recognized in the mainstream. The current slang translation for snatched became popularized in 2016, replacing other slang terms such as on fleek and on point that fell off the popularity train.

The break down in the above sentence is simply stating that it was so over the top, it took her head off.

This sentence is saying that her outfit looks so good. 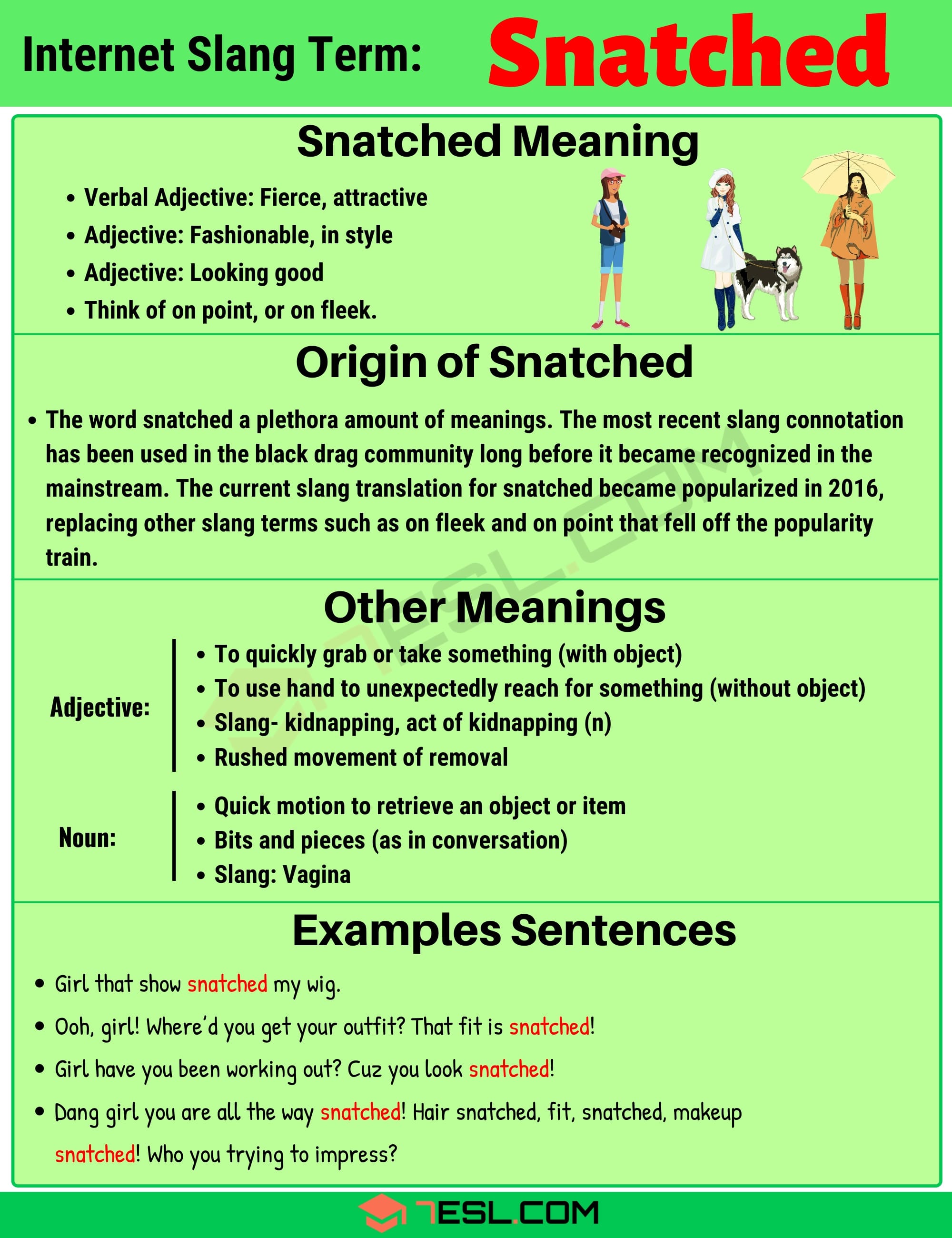