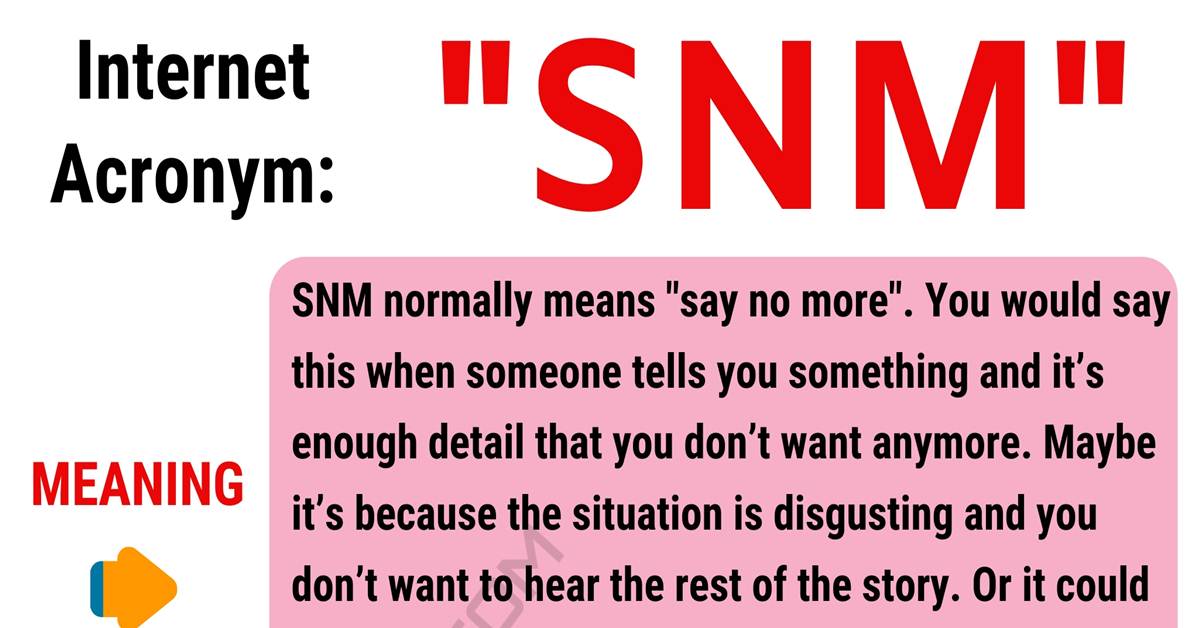 SNM Meaning! Using acronyms can make life so much easier. When you’re in a hurry, you won’t want to take the extra time to type out a long paragraph. It’s simpler when you can type a few letters and have them mean a phrase. In this article, you will learn the meaning of the acronym with example conversations.

What Does SNM Mean?

SNM normally means “say no more”. You would say this when someone tells you something and it’s enough detail that you don’t want anymore. Maybe it’s because the situation is disgusting and you don’t want to hear the rest of the story. Or it could be because you get the person’s point and don’t need extra elaboration.

Snm also has other meanings besides “say no more”. On Twitter, #SNM means SNOM, which is a type of cryptocurrency coin. SNM also stands for “sacred name movement” and “Sant Virankari Mission”. As well as “show no mercy,” “sex n money,” and “smoke n mirrors.”

S & M is also a sexual fetish that stands for Sadism & Masochism. This means that you and/or your partner are receiving sexual gratification and pleasure from including pain in your sex. Maybe you’re involving choking or spanking. Leather and collars are also frequently used.

In this conversation example, Payton is having to reschedule her plans with her friend because she’s gotten grounded. Chloe asks for an explanation, which Payton offers to provide later on. Chloe responds with “snm” meaning she understands. 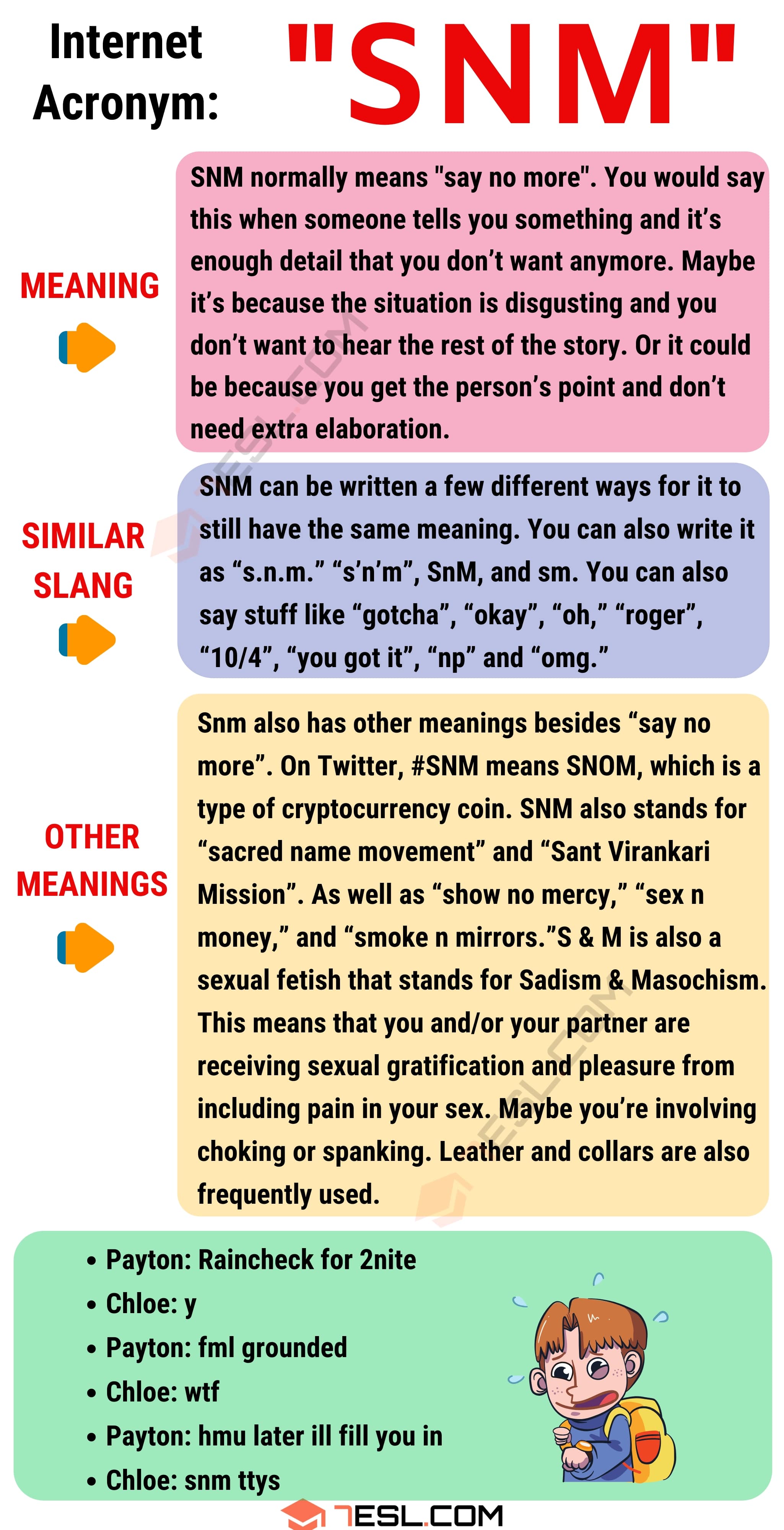